From 1980 to 2000, incarceration levels and enforcement of child support policies -- both of which disproportionately affect young, poorly educated African American men -- increased significantly. The authors performed a quantitative study using state-level data to test the effects of these factors on employment and labor force participation. Indeed, incarceration and child support policies contributed to declining employment among this demographic. 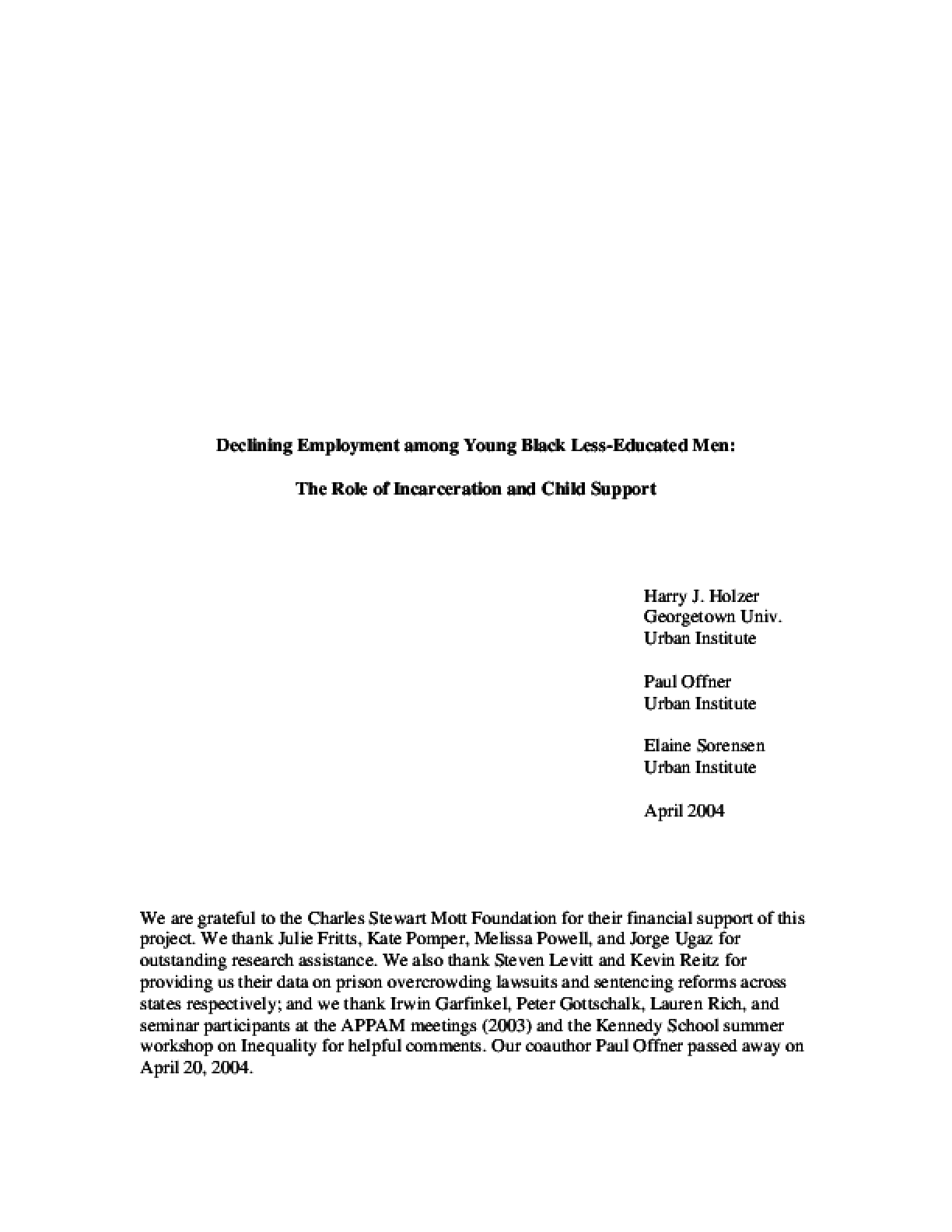