The debate over regulation of the Internet may be one of the most important of our day. Companies that have invested billions in Internet infrastructure contend that they need the ability to manage their networks, prioritizing some content over others to maintain service, and charging for higher speeds. Advocates of net neutrality see the Internet as a utility, essential for individual learning, working, civic participation and free expression, as well as economic competition and innovation -- too important to have fast lanes and slow lanes, with the fastest speeds going to the highest bidder.The debate intensified this year, when the Federal Communications Commission invited public comment on new proposed regulations that stop short of the standards demanded by net neutrality advocates. The call elicited 3.7 million comments, as well as a storm of debate on Twitter and an avalanche of press coverage. Subsequently, President Barack Obama aligned with net neutrality supporters,but the new rules remain to be written. The technical complexity of Internet regulation, and lack of direct historical precedent, make it difficult to engage the public in an informed debate and develop regulations that will remain effective over time. To tackle these challenges, both policymakers and citizens need to better understand public opinion, amid a torrent of organized advocacy from both sides. Knight Foundation partnered with Quid, a data analytics firm, to separate the signal from the noise. 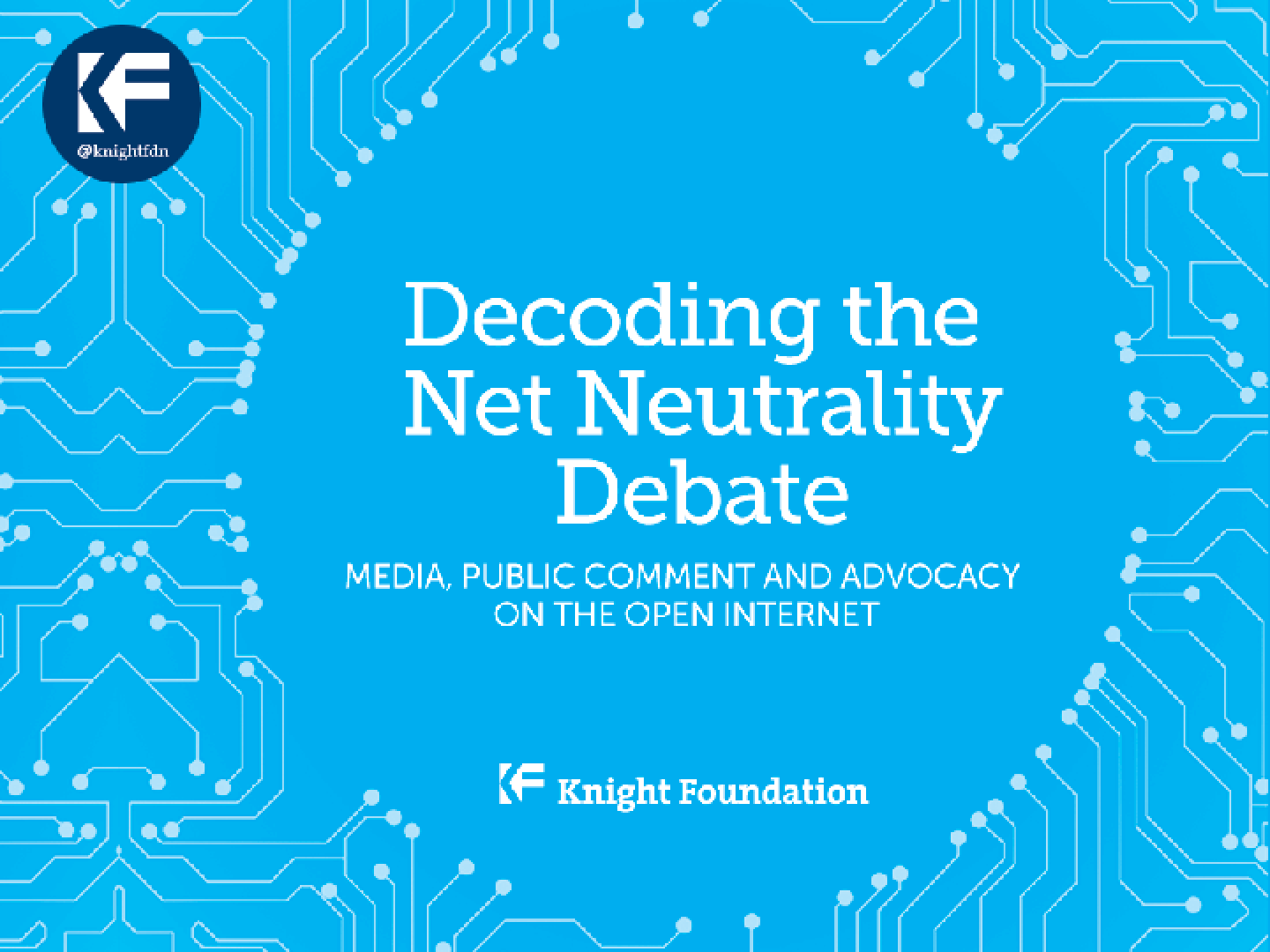