by Juan A. Montecino

This paper addresses the claim that the governments of Argentina, Bolivia, Ecuador and Venezuela, Latin America's so-called "left-populist" governments, have failed to effectively reduce inequality in the 2000s and have only benefitted from high commodity prices and other benign external conditions. In particular, it examines the econometric evidence presented by McLeod and Lustig (2011) that the "social democratic" governments of Brazil, Chile and Uruguay were more successful and finds that their original results are highly sensitive to the use of data from the Socioeconomic Database for Latin America and the Caribbean (SEDLAC). Conducting the same analysis using data on income inequality from the Economic Commission for Latin America and the Caribbean (ECLAC) leads to the exact opposite result: it is the so-called "left-populist" governments who appear to have effectively reduced income inequality over the last decade. The key difference between data from SEDLAC and ECLAC is that the latter corrects for income underreporting -- when households in an income survey underreport their true amount of income, thus biasing the measurement of inequality -- while the former does not. Absent reasonable criteria for choosing one dataset over the other, the paper suggests that any econometric results based on income inequality data should prove robust to both sources. 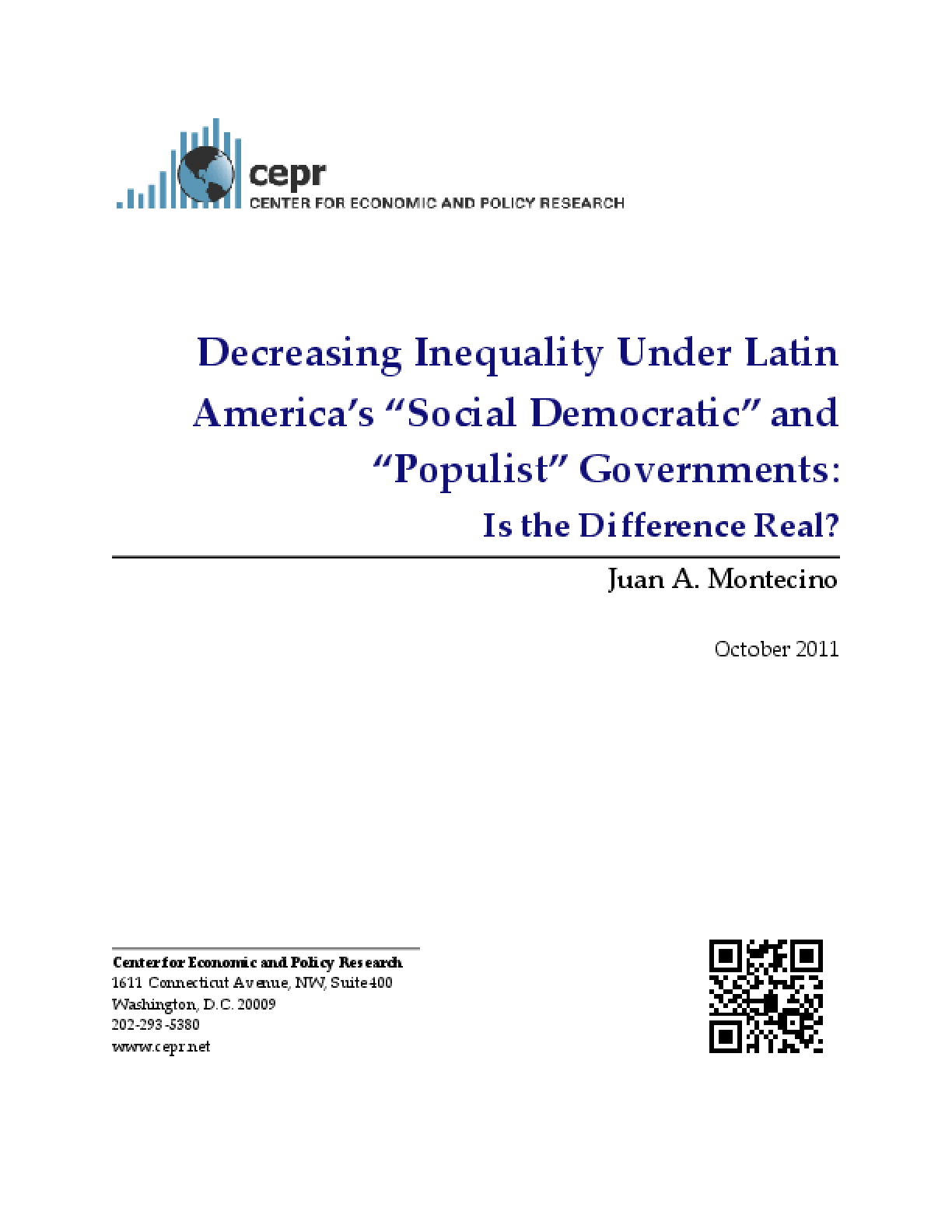