In 2008-09, Creative Commons commissioned a study from a professional market research firm to explore understandings of the terms "commercial use" and "noncommercial use" among Internet users when used in the context of content found online. The empirical findings suggest that creators and users approach the question of noncommercial use similarly and that overall, online U.S. creators and users are more alike than different in their understanding of noncommercial use. Both creators and users generally consider uses that earn users money or involve online advertising to be commercial, while uses by organizations, by individuals, or for charitable purposes are less commercial but not decidedly noncommercial. Similarly, uses by for-profit companies are typically considered more commercial. Perceptions of the many use cases studied suggest that with the exception of uses that earn users money or involve advertising -- at least until specific case scenarios are presented that disrupt those generalized views of commerciality -- there is more uncertainty than clarity around whether specific uses of online content are commercial or noncommercial. Uses that are more difficult to classify as either commercial or noncommercial also show greater (and often statistically significant) differences between creators and users. As a general rule, creators consider the uses studied to be more noncommercial (less commercial) than users. For example, uses by a not-for-profit organization are generally thought less commercial than uses by a for-profit organization, and even less so by creators than users. The one exception to this pattern is in relation to uses by individuals that are personal or private in nature. Here, it is users (not creators) who believe such uses are less commercial. The most notable differences among subgroups within each sample of creators and users are between creators who make money from their works, and those who do not, and between users who make money from their uses of others' works, and those who do not. In both cases, those who make money generally rate the uses studied less commercial than those who do not make money. The one exception is, again, with respect to personal or private uses by individuals: users who make money consider these uses more commercial than those who do not make money. The results of the survey provide a starting point for future research. In the specific context of the Creative Commons licenses, the findings suggest some reasons for the ongoing success of Creative Commons NC licenses, rules of thumb for licensors releasing works under NC licenses and licensees using works released under NC licenses, and serve as a reminder to would-be users of the NC licenses to consider carefully the potential societal costs of a decision to restrict commercial use. They also highlight the need for caution when considering whether to modify the CC NC licenses in the course of a license versioning process or otherwise, so that expectations of those using NC licenses are preserved, not broken. 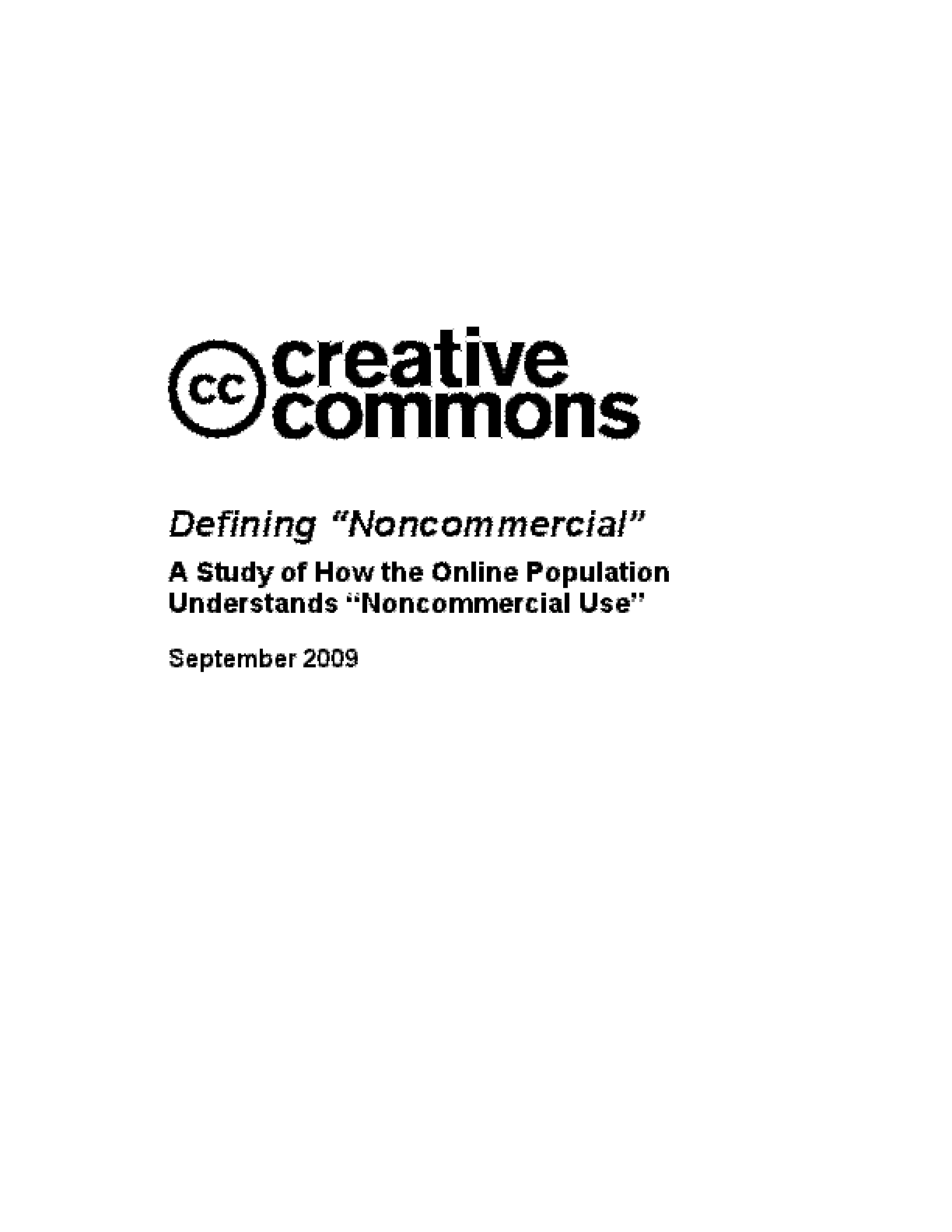