This report is a pilot study intended to inform a larger analysis of the accountability systems in every state (and the District of Columbia) during the  early years of Common Core implementation. We ask that the reader treat it as  such and provide us with feedback on the accountability principles contained  herein. We plan to apply these principles, once revised, to all fifty state  accountability systems in order to appraise their quality. Our first national report  is slated for early 2013, with follow‐up studies two and four years later. Tracking  systems in this manner will prove beneficial because many states will be in "flux"  over the next several years as they refine and adapt their systems based on the  demands of the Common Core and on the plans and promises outlined in their  recently approved waivers (and/or those provisions detailed by ESEA  reauthorization legislation—assuming Congress one day gets its act together). Fordham is also conducting three other studies pertinent to CCSS implementation.  The first is an analysis of Common Core implementation costs; the second, an in‐ depth study of district‐level implementation of CCSS; and the third, a nationally  representative survey of English language arts teachers that assesses the rigor of  their reading assignments both before and after implementation of CCSS (summer  2012 and spring 2015). 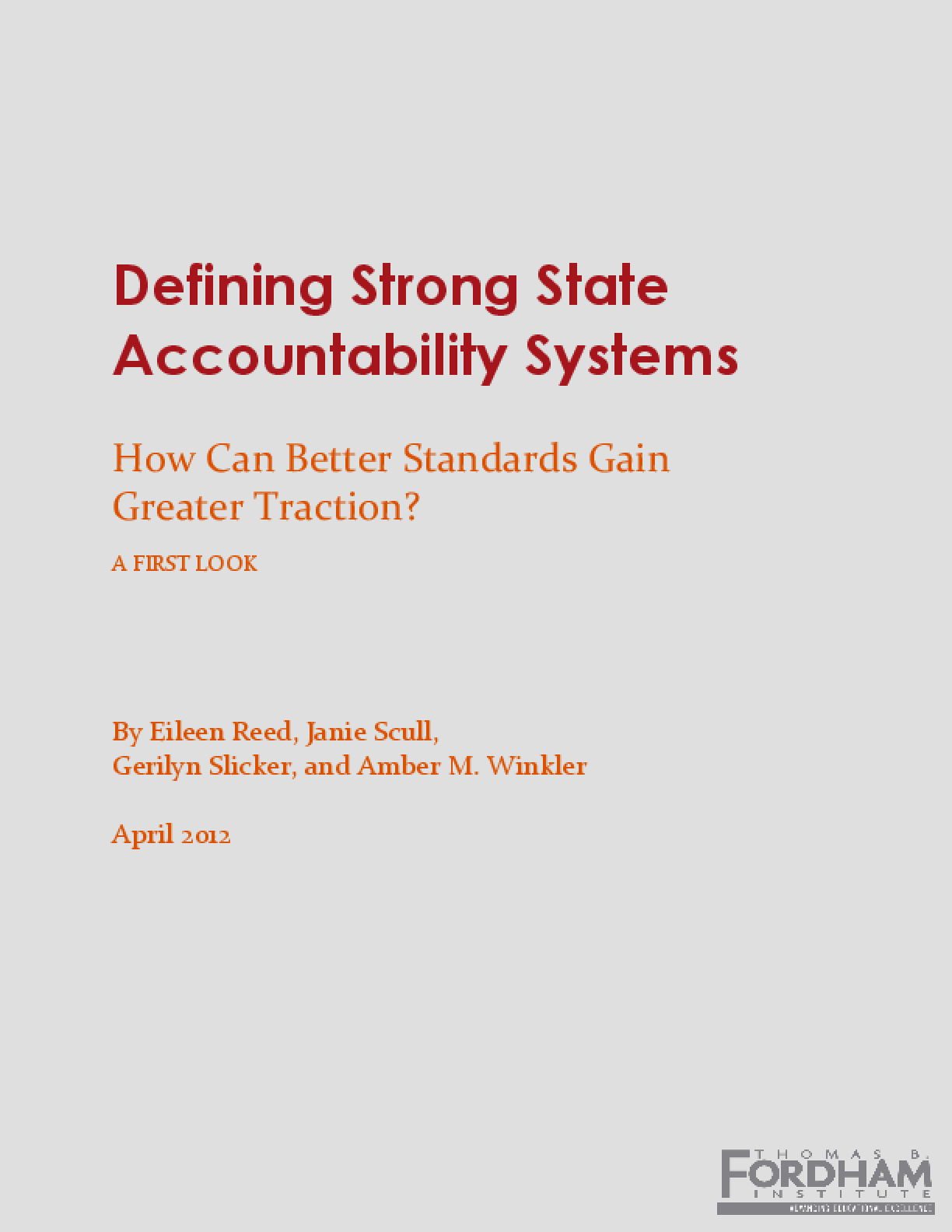