The role that voluntary organisations played in the breakthroughs of 1989 occasionally overshadows the larger historical significance of the non-profit sector in Poland. In fact, civic efforts have a long-standing history in Polish society. Efforts to alleviate poverty, bolster the national spirit, and preserve Polish culture became important social, cultural and political forces after Poland lost its independence in the 18th century. 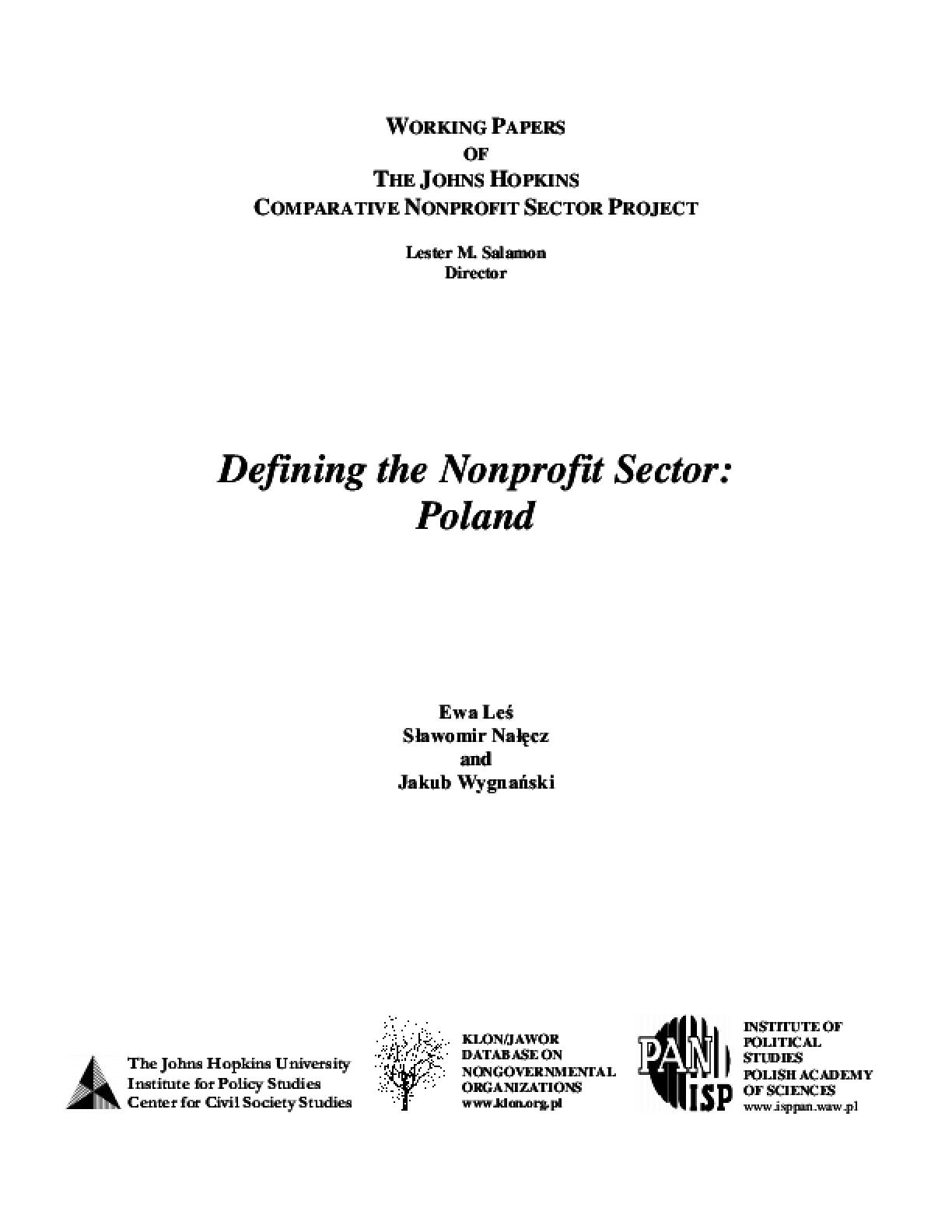