Four years ago, Public Education Network launched an annual public opinion survey that focuses on defining what Americans value about public education and what voters want their elected leaders to do to raise achievement for all children. This effort, conducted in partnership with Education Week since 2001, has consistently demonstrated that quality public education remains a core American value even at a time of increased threats to our national security and at a time of deep budget crises in all states. The results of this year's survey demonstrate that education remains a top priority for voters despite concerns over a conflict with Iraq, the threat of international terrorism, rising medical insurance costs, and growing unemployment. Republicans and Democrats alike rated education above health care, national security, Social Security, and job creation. And even those who have serious misgivings about the newly implemented No Child Left Behind Act (NCLB) consider education the most important issue our nation faces today. 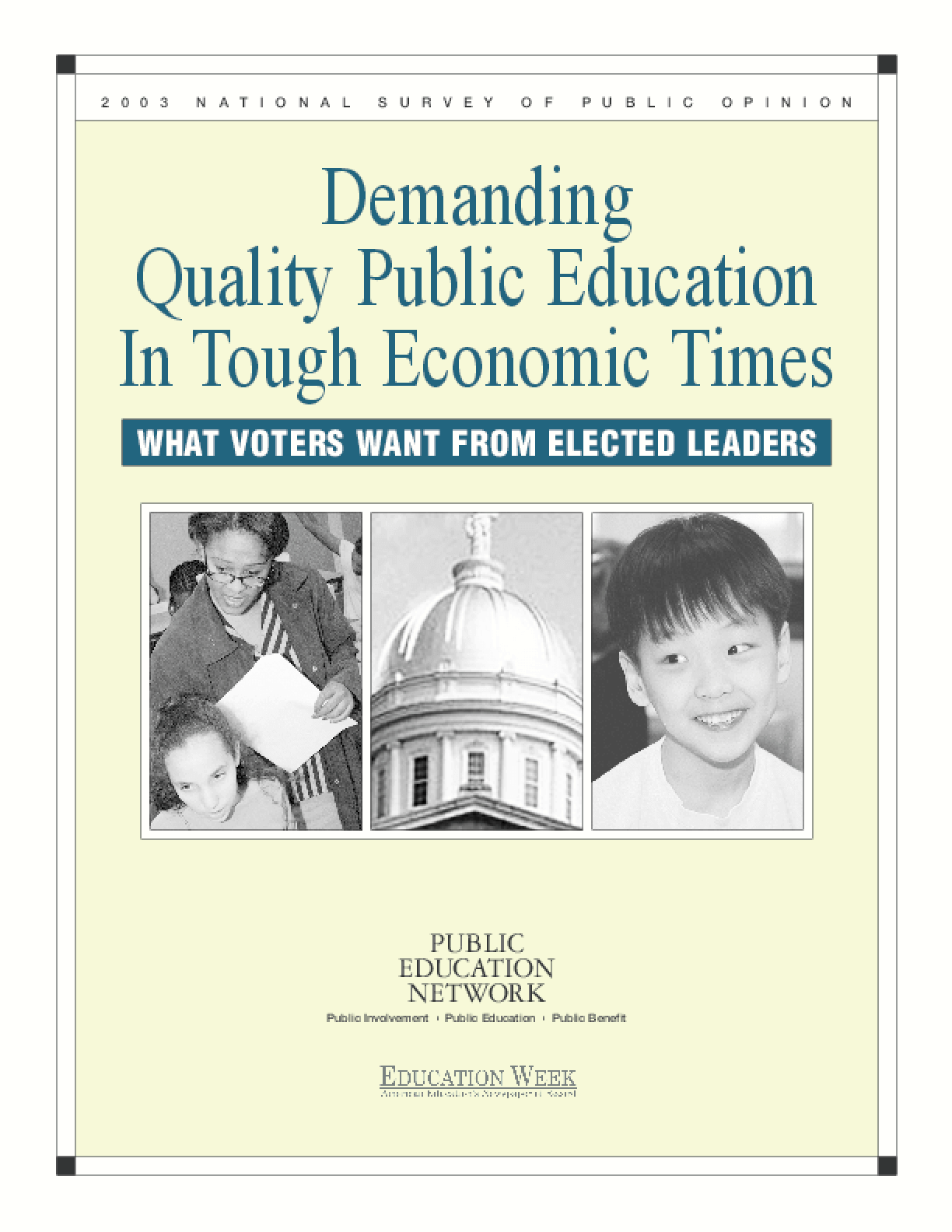