This report contains findings from the National Study of Learning, Voting, and Engagement (NSLVE, pronounced n-solve), a landmark study of U.S. college and university student voting. Launched in 2013, NSLVE consists of a database of more than 10 million de-identified student records that have been combined with publicly available voting records for each of the 2012, 2014, 2016, 2018, and now, 2020 elections. Participating institutions include two- and four-year public and private colleges and universities, including graduate programs. Campuses must opt in, and at the time of this report, roughly 1,200 colleges and universities from all 50 states and the District of Columbia participate. For this report, we examine 1,051 campuses representing approximately 9 million student voters. 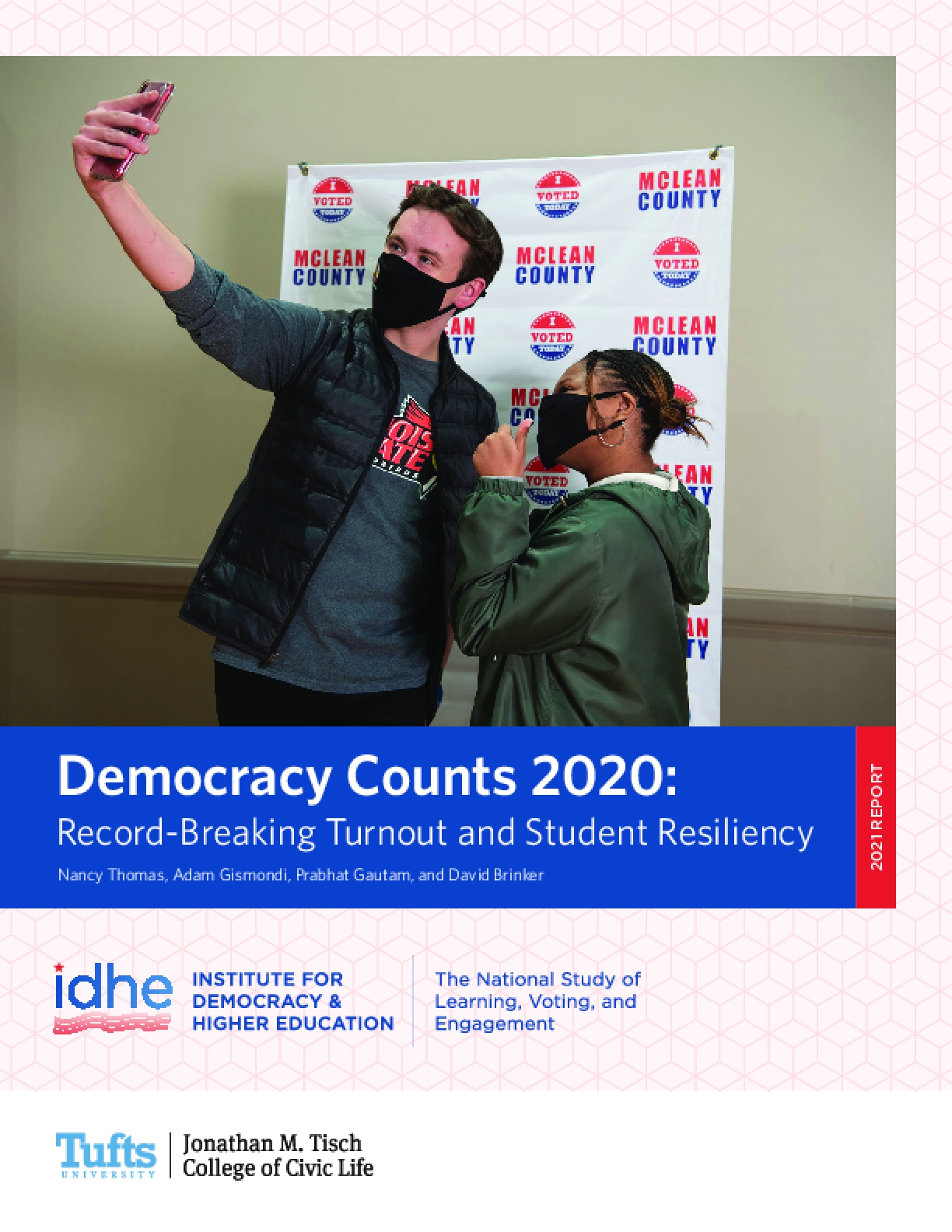