Democratizing The Debates: A Report of the Annenberg Working Group on Presidential Campaign Debate Reform

The Annenberg Debate Reform Working Group was created by the Annenberg Public Policy Center of the University of Pennsylvania to explore ways to increase the value and viewership of presidential general election debates, taking into account the ways in which the rise of early voting, the advent of social media, establishment of new media networks, changes in campaign finance, and the increase in the number of independent voters have altered the electoral environment. It would be difficult to overstate the significance of these changes. In a 48-page report released in advance of the 2016 election season, an Annenberg Public Policy Center working group has laid out a series of suggestions to improve presidential debates. The goal? To improve the quality and relevance of the debates, and try to get "more people to watch a debate, to watch more of a debate, to watch more debates, to watch more of more debates," says Kathleen Hall Jamieson, who organized the group. Greater than 60 percent of the voting age population watched a presidential debate on TV in 1960. In 2012, the most-viewed presidential debate had just 28 percent of the electorate tuning in. 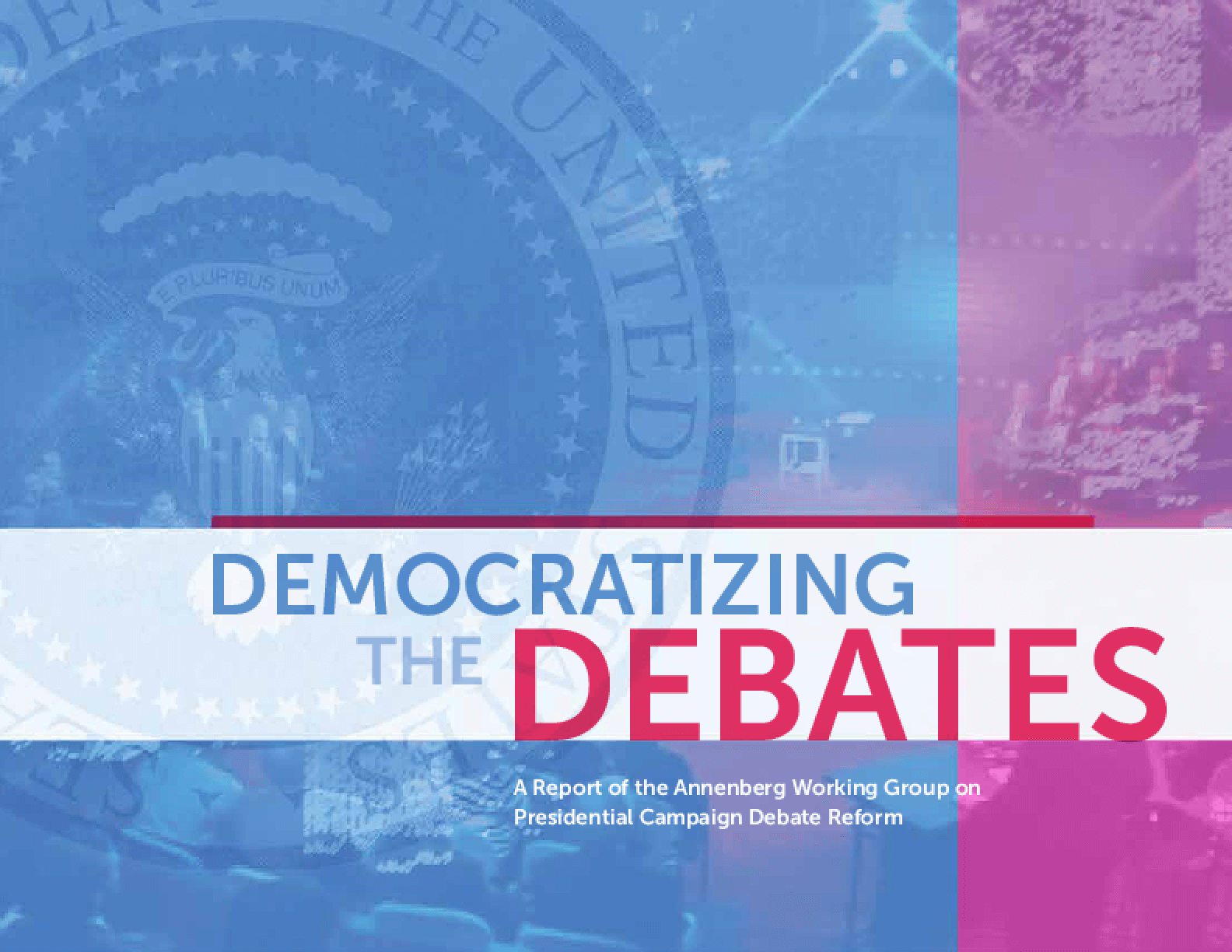