The ability to space or prevent a pregnancy can make all the difference in the world to girls and women. That does not require much explanation. Reproductive choice, however, is also a potential game changer for developing countries. That's because rapid population growth is a challenge multiplier that can impede efforts to reduce poverty, alleviate hunger, boost educational attainment, manage water scarcity, improve basic services, and prevent environmental degradation.

Thanks to the U.N. Millennium Development Goals (MDGs), a great deal of progress has been made in improving lives in the developing world over the past 15 years. Substantial gains have been made in alleviating poverty, reducing the incidence of hunger and malnutrition, and improving conditions for the poorest of the poor. By far, however, the biggest gains have been made in countries with relatively low fertility rates. In countries where fertility rates remain very high, progress has been slow and, in a few cases, nonexistent.

Last month, the Population Institute released a first of its kind report titled, "Demographic Vulnerability: Where population growth poses the greatest challenges." The report identifies and ranks the 20 developing nations facing the greatest demographic challenges with respect to hunger, poverty, water, environment and political instability. South Sudan topped our list of the most vulnerable. The others in the top ten include Somalia, Niger, Burundi, Eritrea, Chad, Democratic Republic of Congo, Afghanistan, Yemen, and Sudan. In many of these countries, conflict is impeding the ability of their governments to meet the needs of a growing population. In others, widespread corruption or climate change will create obstacles to progress. In a few of them, water scarcity is already a major concern.

The best way to understand the scope of these demographic challenges is to look at some of the individual countries profiled in our report. 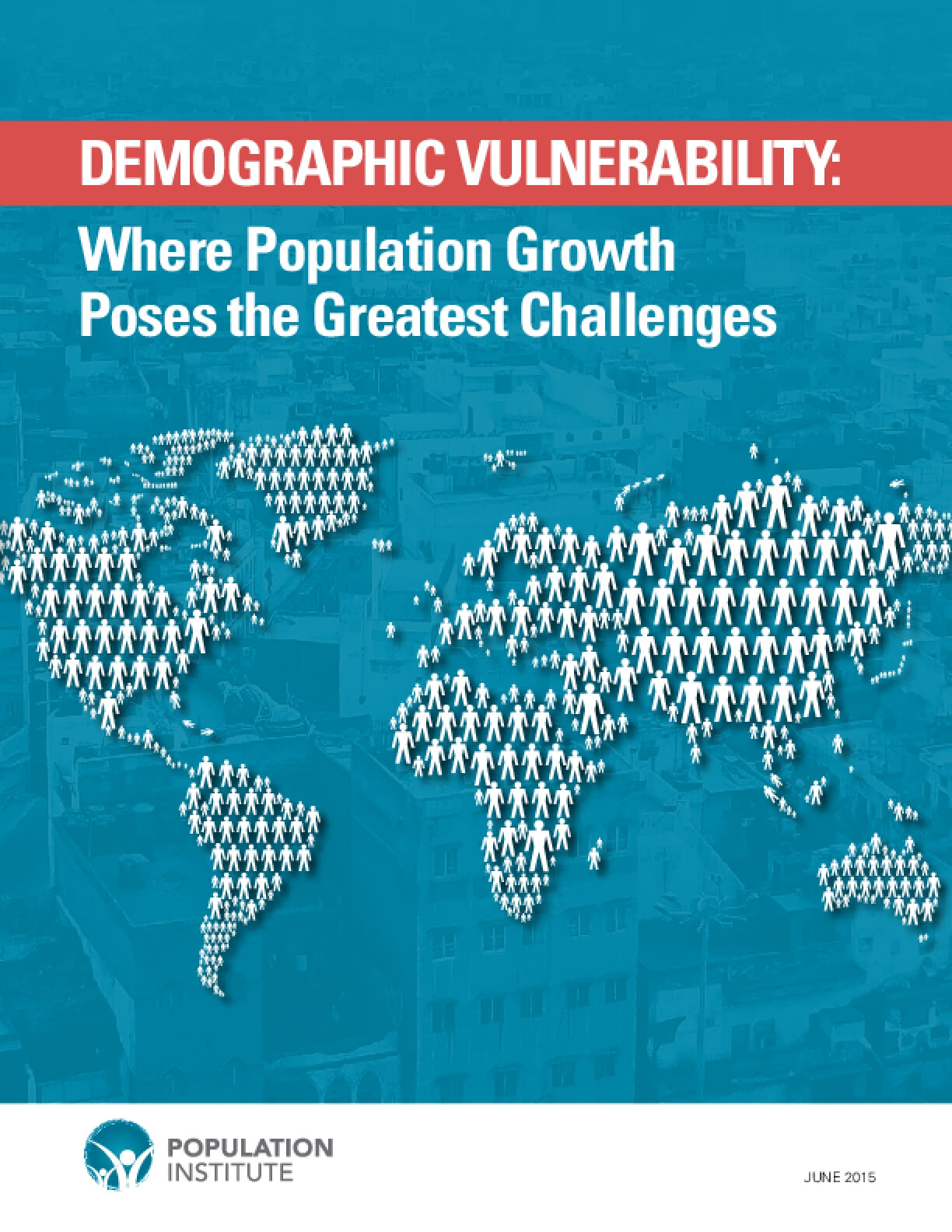