Deportation by Default: Mental Disability, Unfair Hearings, and Indefinite Detention in the US Immigration System

Every year, several hundred thousand people in the United States are arrested for possible deportation by Immigration and Customs Enforcement (ICE). The vast majority are held in immigration detention, both during and even after their deportation hearings in immigration court. At least 15 percent of these immigration detainees -- an estimated 57,000 people in 2008 -- are thought to have a mental disability, some so severe that they do not know their own names or do not understand that deportation means removal from the country. Despite these large numbers, the immigration system lacks meaningful safeguards for people with mental disabilities -- including US citizens -- throughout the arrest, detention, deportation hearing, and removal process. Deportation by Default highlights these deficiencies, including no right to appointed counsel; inflexible detention policies that can result in lengthy and arbitrary detention, sometimes for years; lack of substantive or operative guidance for attorneys and judges when people with mental disabilities are unable to present claims to remain in the US without support. The current immigration system violates US and international human rights standards of fairness and protections against arbitrary and indefinite detention, and puts people with mental disabilities -- including US citizens -- at risk of erroneous deportation. 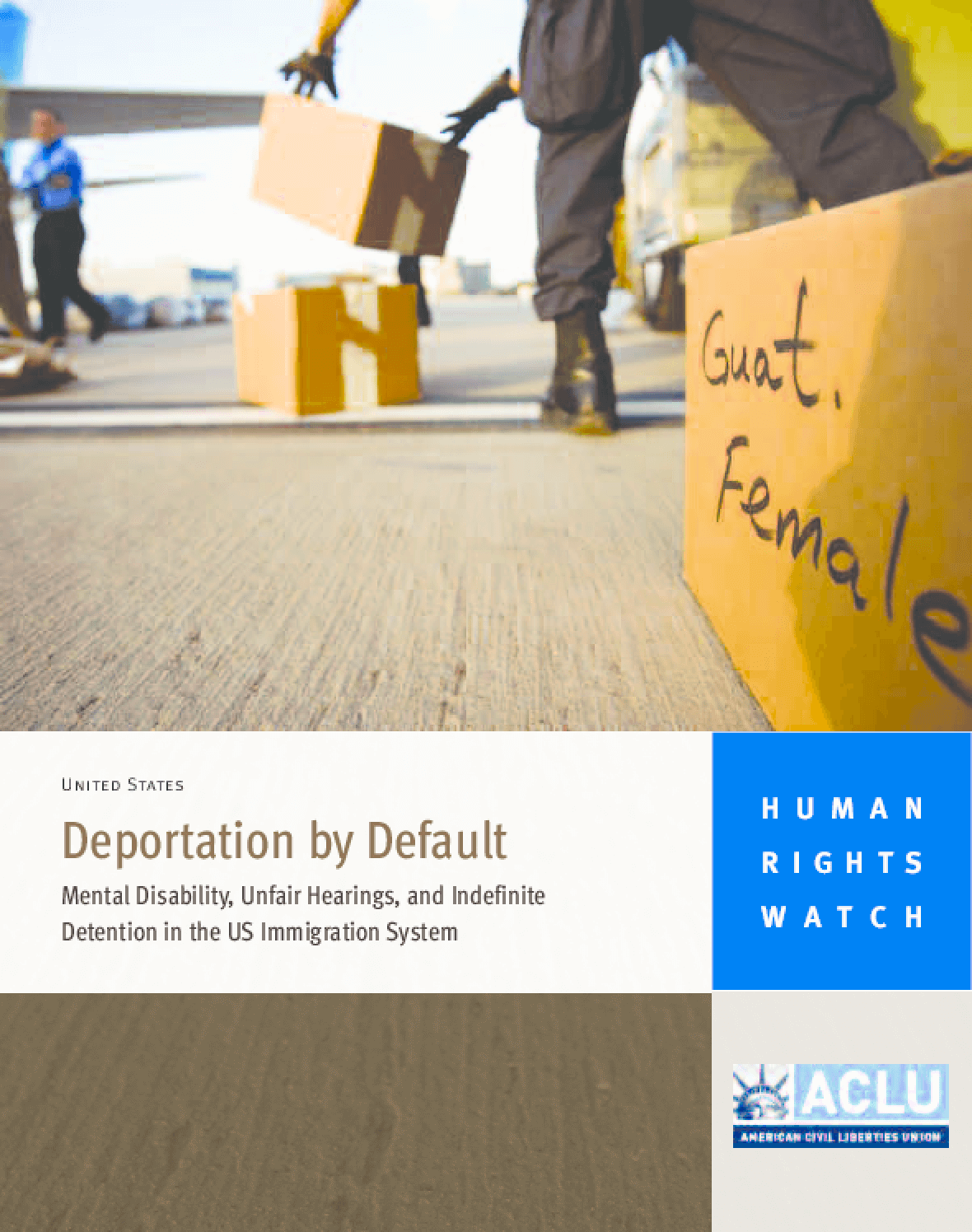