The European Citizens' Initiative (ECI), launched in 2012, was created to foster direct participation of citizens in EU decision-making and "to stimulate Europe-wide public debates on issues of concern to EU citizens" (European Commission, 2015).1 Due to the high technical and legal barriers, the requisite one million signatures has been reached by only a few campaigns, and the lack of enthusiasm shown so far by the European Commission to put forward proposals based on the ECIs has meant that the inclination among campaigners to register initiatives has waned. 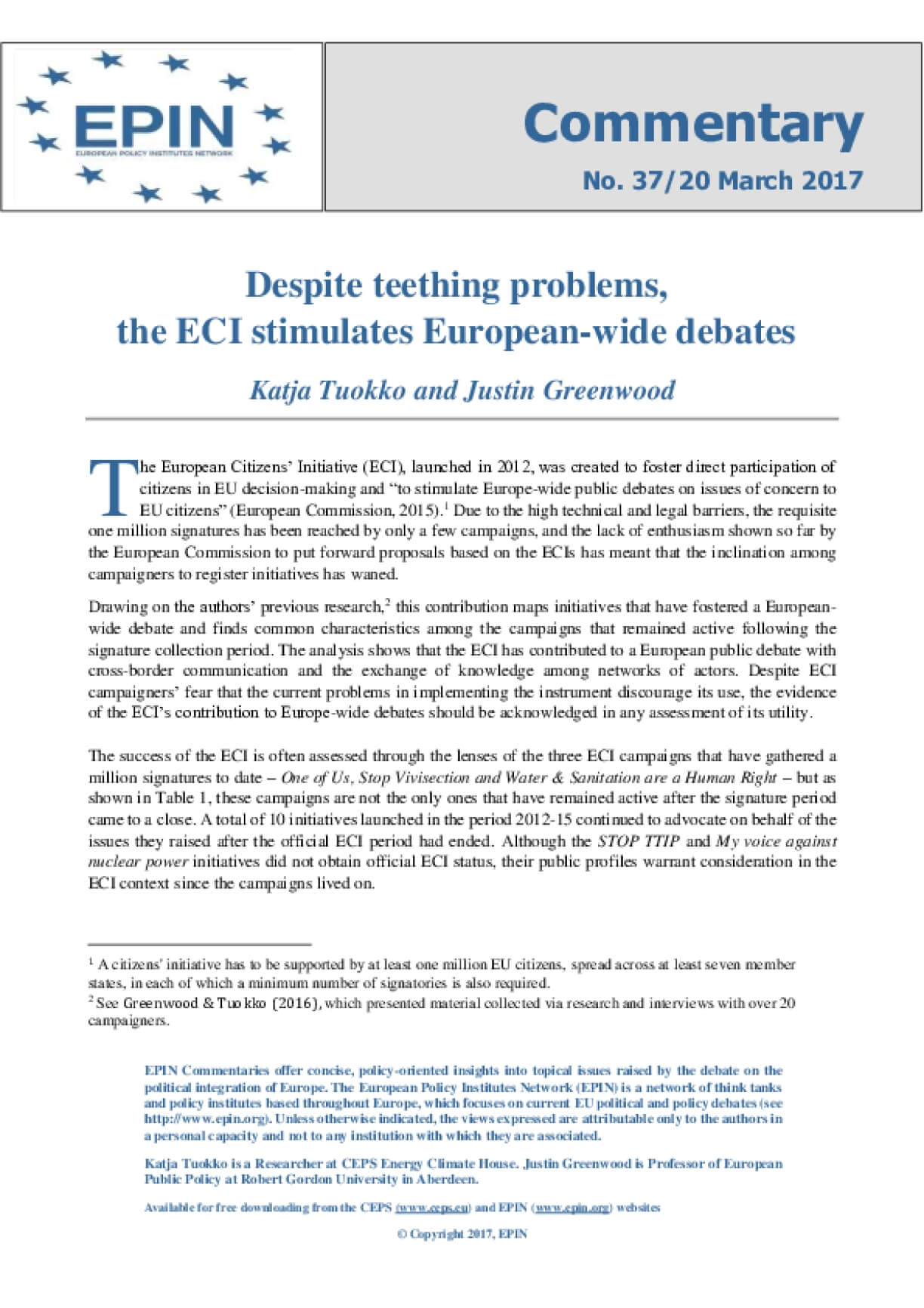