Detained and at Risk: Sexual Abuse and Harassment in United States Immigration Detention

In May 2010, reports surfaced that the United States Immigration and Customs Enforcement agency (ICE) was investigating allegations that a guard at a Texas immigration detention center had sexually assaulted several female detainees. The guard, who was arrested on August 19, 2010, on suspicion of official oppression and unlawful restraint, allegedly groped women while transporting them to an airport and a bus station where they were being released. While largely covered in the media as an isolated incident, this was only the latest in a series of assaults, abuses, and episodes of harassment that have quietly emerged as a pattern across the rapidly expanding immigration detention system. Due to a shortage of publicly available data and the closed nature of the detention system, the extent to which ICE detainees are subject to sexual abuse nationwide is unclear, but the known incidents are too serious and numerous to ignore. ICE has recently proposed policy changes to address sexual abuse, and these show promise. They include prohibitions on guards searching detainees of a different gender and restrictions on when guards may transport detainees of a different gender. ICE plans to publish a revised detention standard that includes new requirements for facilities to develop medical and investigation procedures and to collect data on incidents of abuse. However, more changes are needed, as well as greater oversight and accountability. "Detained and at Risk" is based on the examination of allegations of sexual assault, abuse, and harassment in ICE detention from a range of sources, including press reports, governmental and nongovernmental studies, a public hearing, court documents, and Human Rights Watch interviews. The report shows evidence of a disturbing pattern of abuse, and points to an urgent need for investigation and action to correct glaring gaps in detention policy and practice. 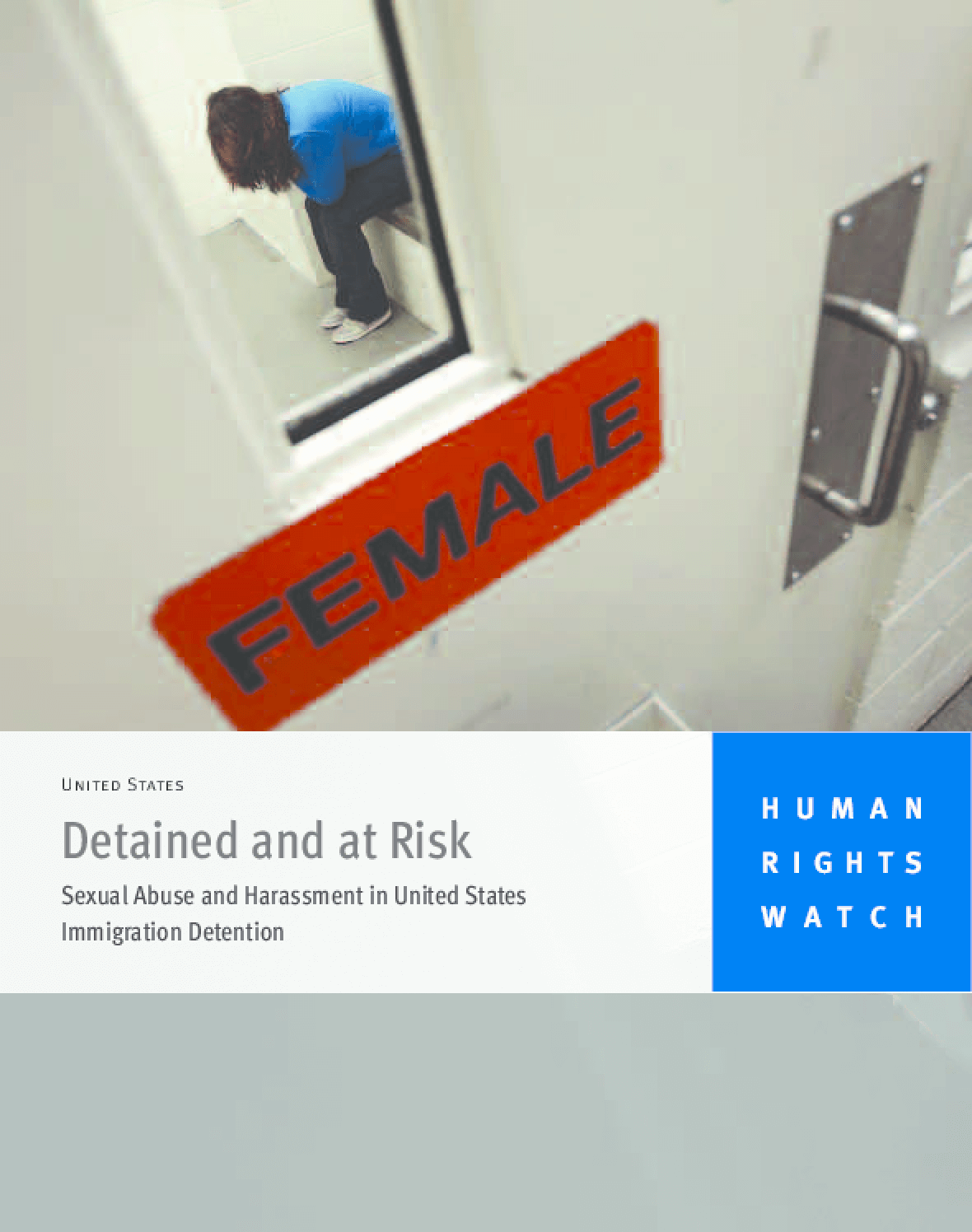