The U.S. immigration detention system routinely and systematically disappears those who enter its custody. An unknown number of immigrants each year are detained by U.S. Immigration and Customs Enforcement (ICE) whose whereabouts are effectively concealed from their families and advocates. This report demonstrates that, in violation of international law, the United States regularly and systematically commits what the United Nations Human Rights Office of the High Commissioner terms "enforced disappearances" through its "refusal to acknowledge the deprivation of liberty"1of numerous migrants who remain in its custody or who have been released or deported by the U.S. government. 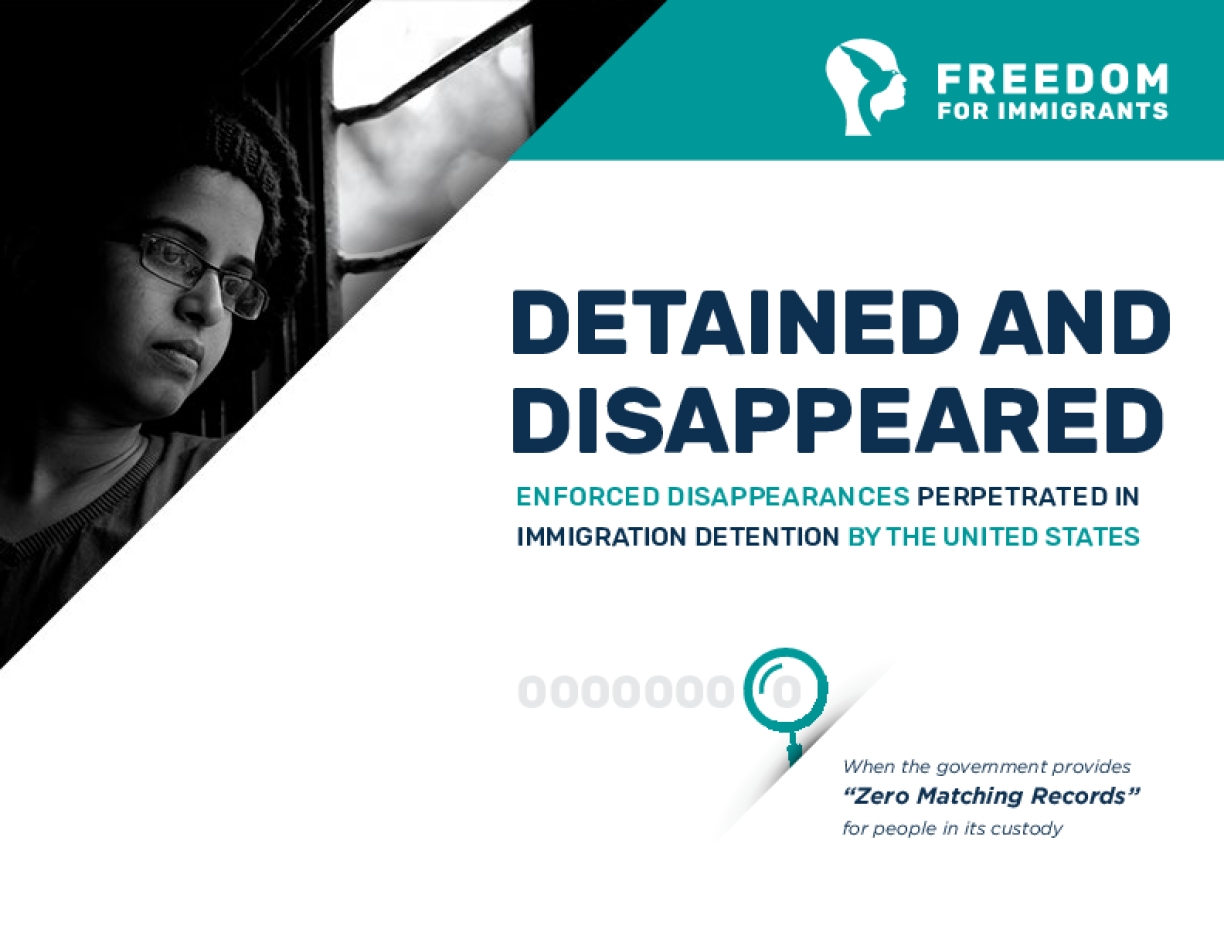