Detention and Punishment in the Name of Drug Treatment

In some countries, people who use, or are alleged to use, illicit drugs may be detained involuntarily after little or no legal process, ostensibly for the purpose of receiving drug "treatment" or "rehabilitation."

These detentions are variously described as compulsory treatment centers, drug rehabilitation centers, detoxification centers, or "centers for social education and labor." It is far from clear that all persons detained in this manner are drug-dependent or in need of treatment. If they are, there are international standards to guide treatment of drug-dependence, but drug detention centers often subject detainees to treatment methods that are scientifically unsound, punitive, cruel, inhuman, and degrading.

In March 2012, 12 UN bodies—including the Joint United Nations Programme on HIV/AIDS (UNAIDS), WHO, the UN Office on Drugs and Crime (UNODC), the International Labour Organization, and the Office of the High Commissioner of Human Rights—jointly issued a call for the closure of compulsory drug detention centers and an expansion of voluntary, scientifically and medically appropriate forms of treating drug dependence in the health system.

The 2012 joint UN statement on compulsory drug rehabilitation centers was a very important step, but a declaration from UN member states condemning these institutions and calling for their closure would advance the cause of ending the abuses they represent.

Detention and Punishment in the Name of Drug Treatment highlights considerations that should be brought to bear in the 2016 United Nations General Assembly Special Session (UNGASS) on the world drug problem, toward the goal of ending arbitrary detention and grave human rights abuses in the name of drug treatment. 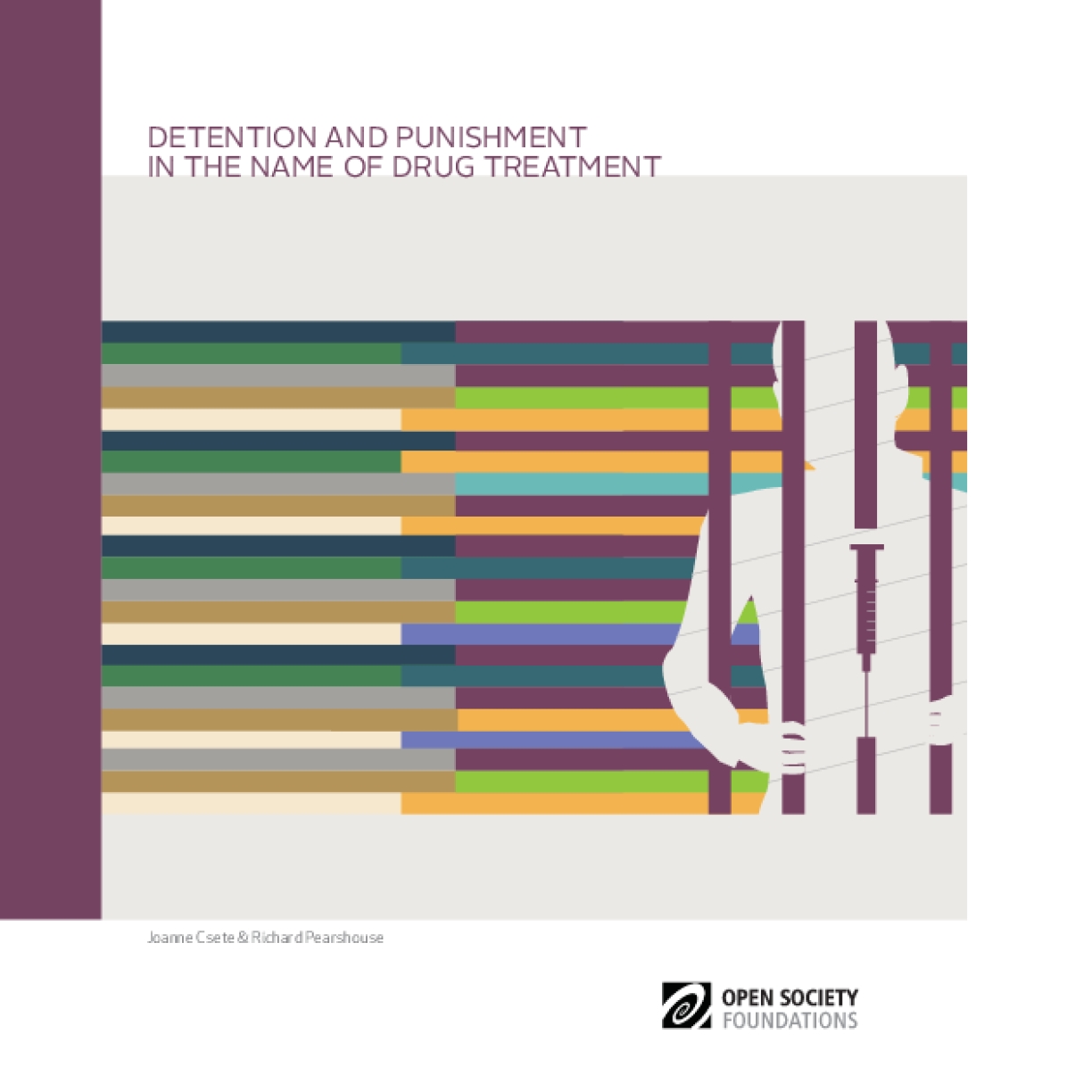