Determinants of Participants' Follow-Up and Characterization of Representativeness in Flu Near You, A Participatory Disease Surveillance System

Background: Flu Near You (FNY) is an Internet-based participatory surveillance system in the United States and Canada that allows volunteers to report influenza-like symptoms using a brief weekly symptom report.

Objective: Our objective was to evaluate the representativeness of the FNY population compared with the general population of the United States, explore the demographic and behavioral characteristics associated with FNY's high-participation users, and summarize results from a user survey of a cohort of FNY participants.

Methods: We compared (1) the representativeness of sex and age groups of FNY participants during the 2014-2015 flu season versus the general US population and (2) the distribution of Human Development Index (HDI) scores of FNY participants versus that of the general US population. We analyzed associations between demographic and behavioral factors and the level of participant follow-up (ie, high vs low). Finally, descriptive statistics of responses from FNY's 2015 and 2016 end-of-season user surveys were calculated. 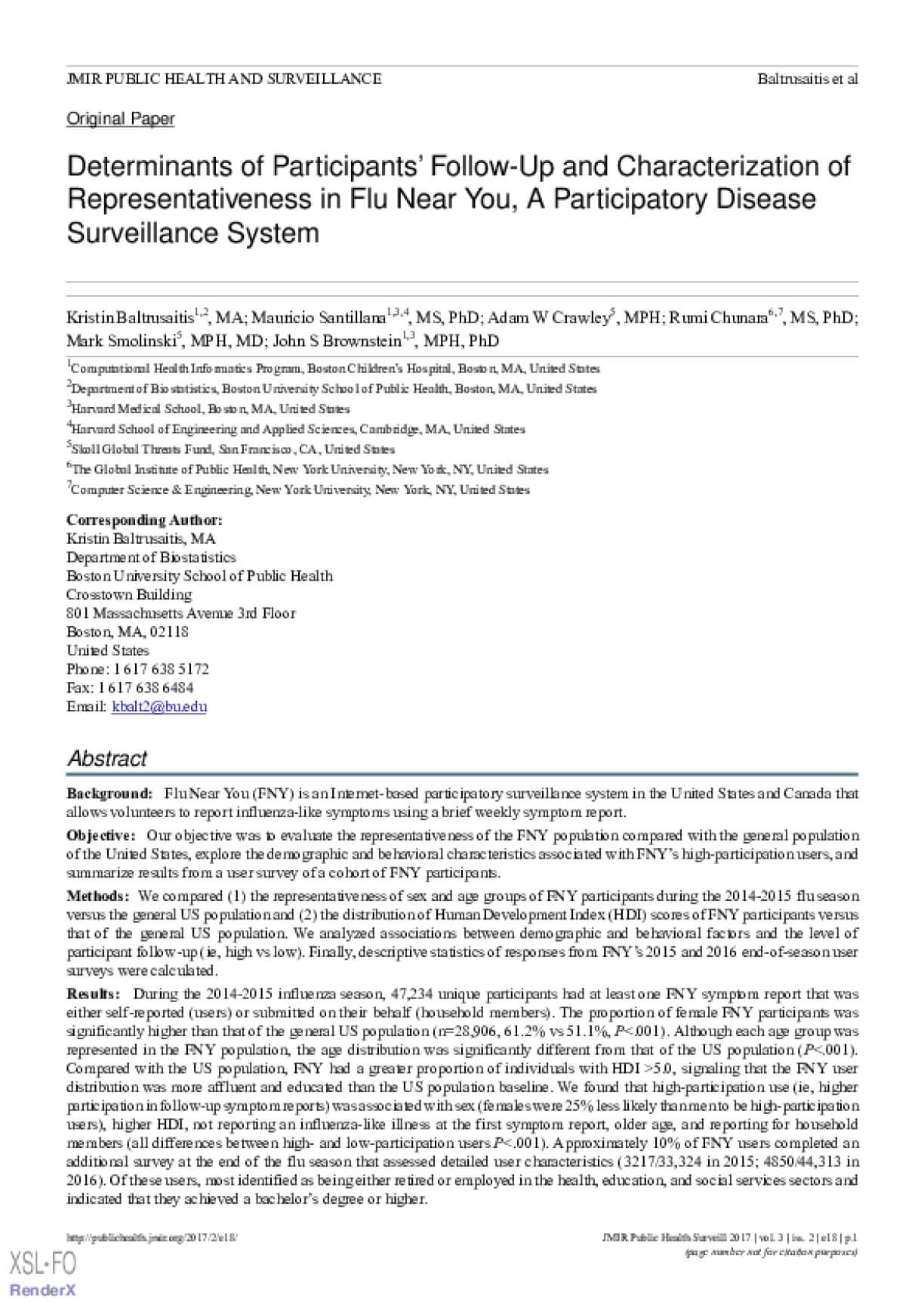