This paper details how monitoring and enforcement of the Pitcairn Island's exclusive economic zone could be effectively undertaken for a relatively low level of expenditure. It is important to note that there is no such thing as perfect enforcement, although, in general, the greater the funds available, the closer to perfection an enforcement system is likely to get. This paper does not attempt to detail how near-to-perfect enforcement might be achieved because establishing such a system would be far too costly to be a realistic policy option. Rather, it outlines the most important steps that could be taken to create a robust enforcement system and reviews some affordable technologies that could be deployed to support it. Creating a marine reserve and deploying these relatively low-cost options would protect Pitcairn Islands' exclusive economic zone far better than it currently is, and far better than the vast majority of oceans worldwide. These actions would distinguish the United Kingdom as a world leader in responsible stewardship of the marine environment. 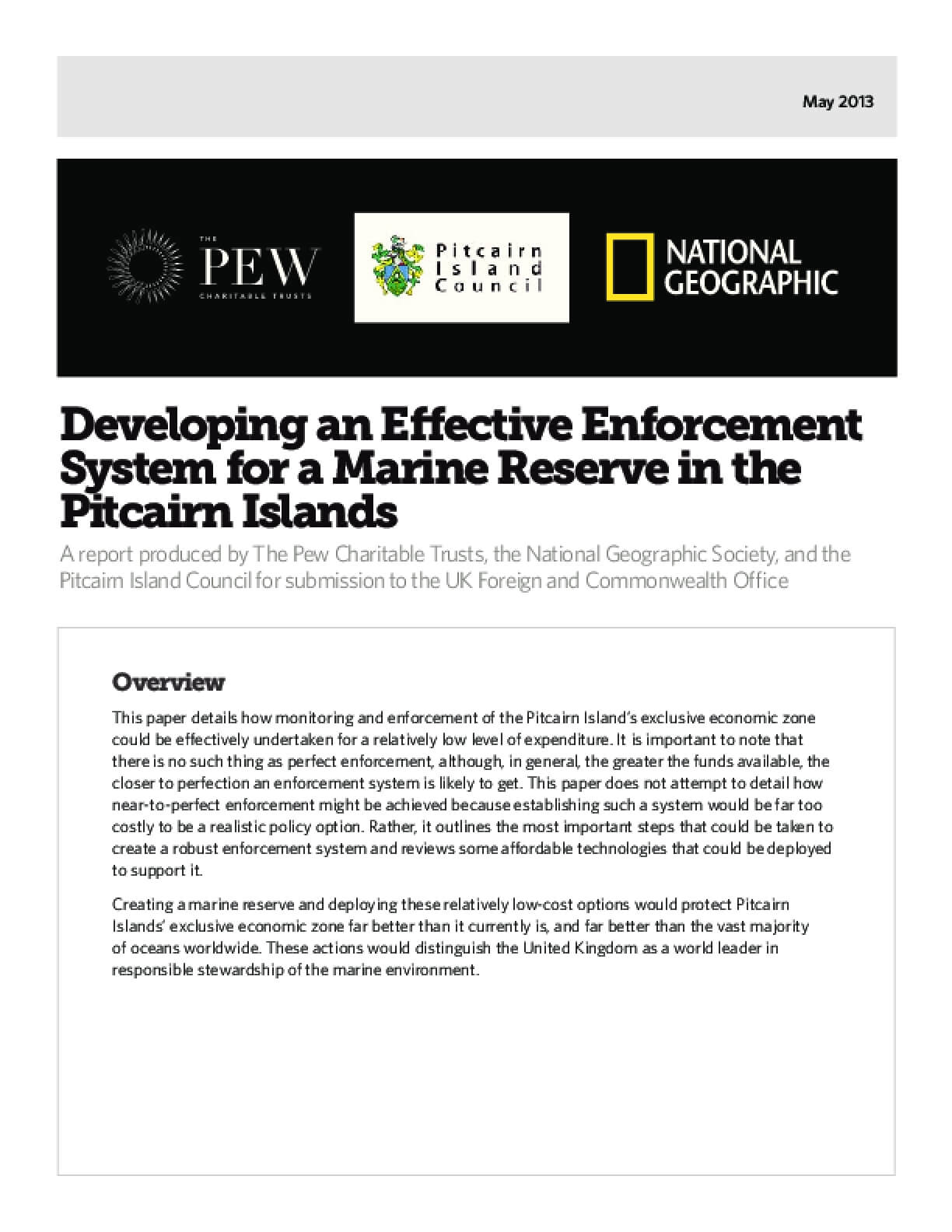