School principals are "invaluable multipliers of teaching and learning in the nation's schools," according to this report by political scientist Paul Manna, but to date it's been unclear what state policymakers could do to boost their effectiveness. Drawing from sources including the experiences of states that have focused on developing stronger principal policy, this report aims to fill that gap by offering guidance in the form of three sets of considerations for those who want to take action. The first is an appraisal of the principal's current status on the list of state priorities and the rationale for placing the principal higher on the agenda, such as the fact that principals can have a powerful effect on the classroom. The second is an examination of six policy levers that states can pull:The third is an assessment of four important contextual matters for the state: its web of institutions responsible education governance and the interaction among them; its diversity of urban, suburban and rural locales; its capacity, along with the capacities of its communities, to carry out new policies; and its mandates already affecting principals. 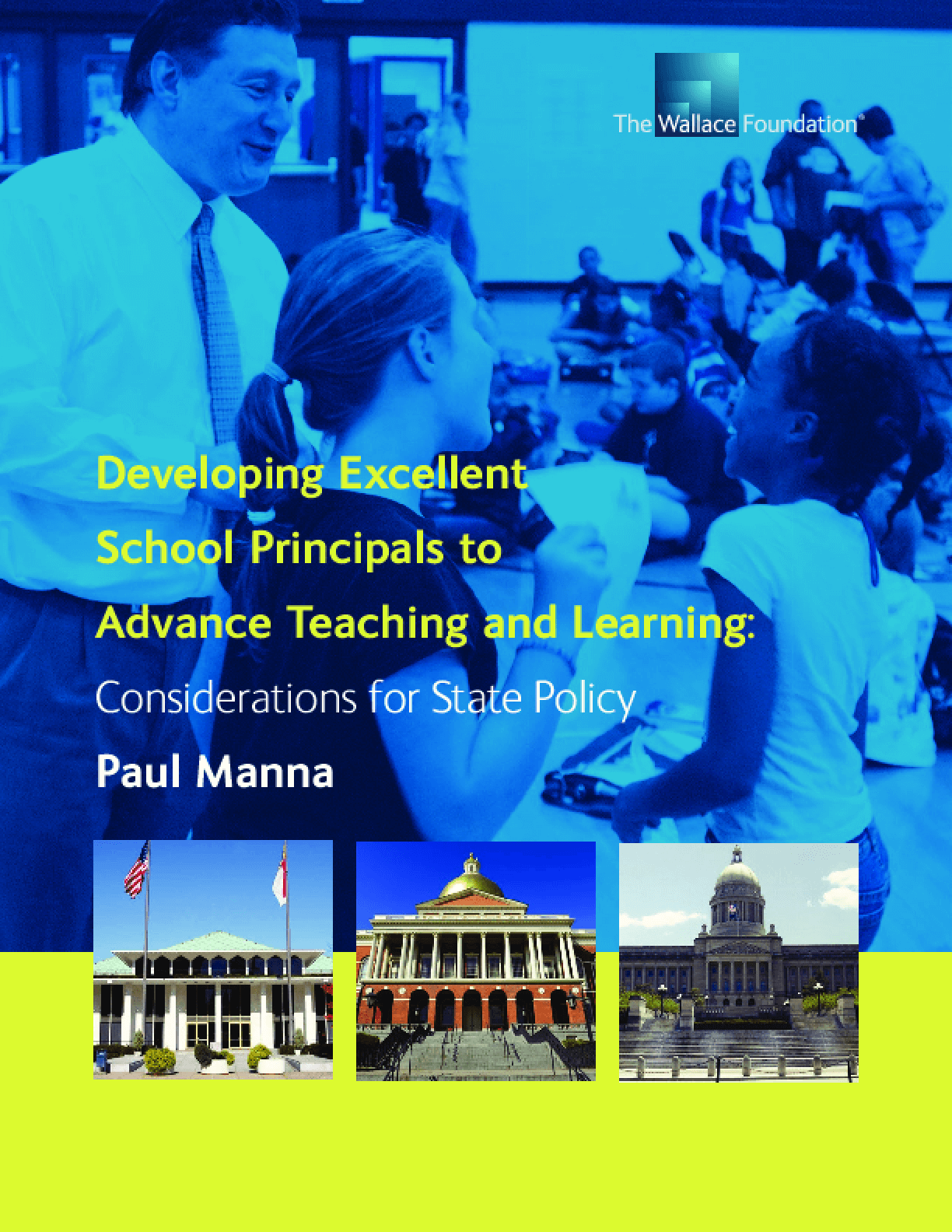