One of the major systems shifts that Math in Common (MiC) districts undertook in their work to implement the Common Core State Standards for Mathematics (CCSS-M) was moving the locus of professional learning to school sites. Previously, the majority of districts' professional development for teachers and principals had occurred centrally, at large trainings planned by the district ofce. Because of the complexity and depth of the new standards, most districts found that these centralized trainings alone were inadequate for fully supporting teachers in making changes to their daily practice, and that professional learning needed to also happen in the context of teachers' daily practice, with teachers learning alongside their colleagues at their own school sites.

In order to facilitate this shift and support teachers at school sites, districts needed principals to take a more involved role in instructional leadership at their schools. As part of this expanded leadership role, principals -- already some of the busiest people in any district system -- needed to be able to:

- Understand the district's vision for instructional shifts in mathematics

- Help communicate this vision to teachers

- Prioritize mathematics improvement at their sites

- Monitor, and gather evidence to understand, the quality of CCSS-M implementation and its outcomes for students

Unfortunately, this list of activities is a big ask for principals, who already balance a variety of competing demands on their time and attention every day.

In interviews, principals and district staﬀ from MiC districts often said they felt that their districts encouraged more of a focus on literacy than on math, and that there was often no reliable structure in place to guarantee district math administrators an audience, let alone a relationship, with principals. Many principals had been out of the classroom since before the new math standards, or had never taught math at all, and thus were starting at a disadvantage in terms of understanding the content and instructional demands of the CCSS-M.

Facing these challenges head-on, MiC districts pursued the shared goal of building and supporting principals' instructional leadership in many diﬀerent ways, based on their organizational contexts. At the spring 2018 Leadership Convening, in order to understand districts' varying approaches throughout the initiative, WestEd evaluation staﬀ asked the district MiC leadership teams to chart their districts' main activities in support of principals' instructional leadership in mathematics.

For this report, we drew on the work that the leadership teams produced during the convening. We also analyzed the districts' yearly grant reports, which described work with principals; reviewed interviews with principals and leadership teams, conducted for various evaluation cycle reports throughout the initiative; and revisited results from our yearly teacher and administrator survey. 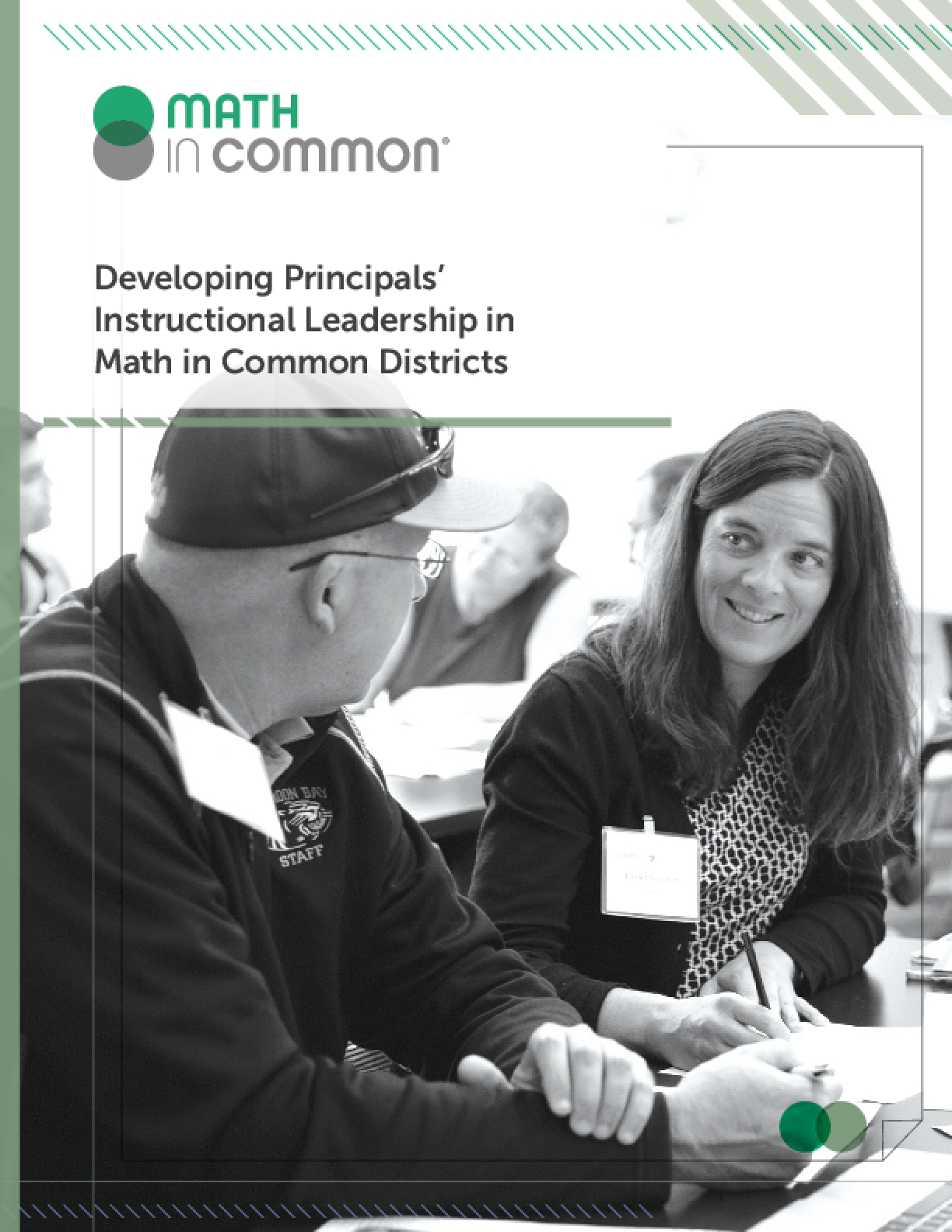