The RAND Corporation launched the Gun Policy in America initiative in January 2016 with the goal of creating objective, factual resources for policymakers and the public on the effects of gun laws. Research in this area has often consisted of cross-sectional studies examining how firearm outcomes differ in a particular year across states with different policies. Many fewer studies have used more-powerful longitudinal research designs for evaluating the effects of gun laws, partly because longitudinal data on most state gun laws are not widely available and are difficult and time-consuming to construct. Therefore, as part of the Gun Policy in America initiative, RAND developed a longitudinal data set of state firearm laws that is free to the public, including other researchers, to support improved analysis and understanding of the effects of various laws. In addition, the database is accompanied by a paper that documents the methods that RAND researchers used to construct the database and provides definitions and other information that will facilitate its use. 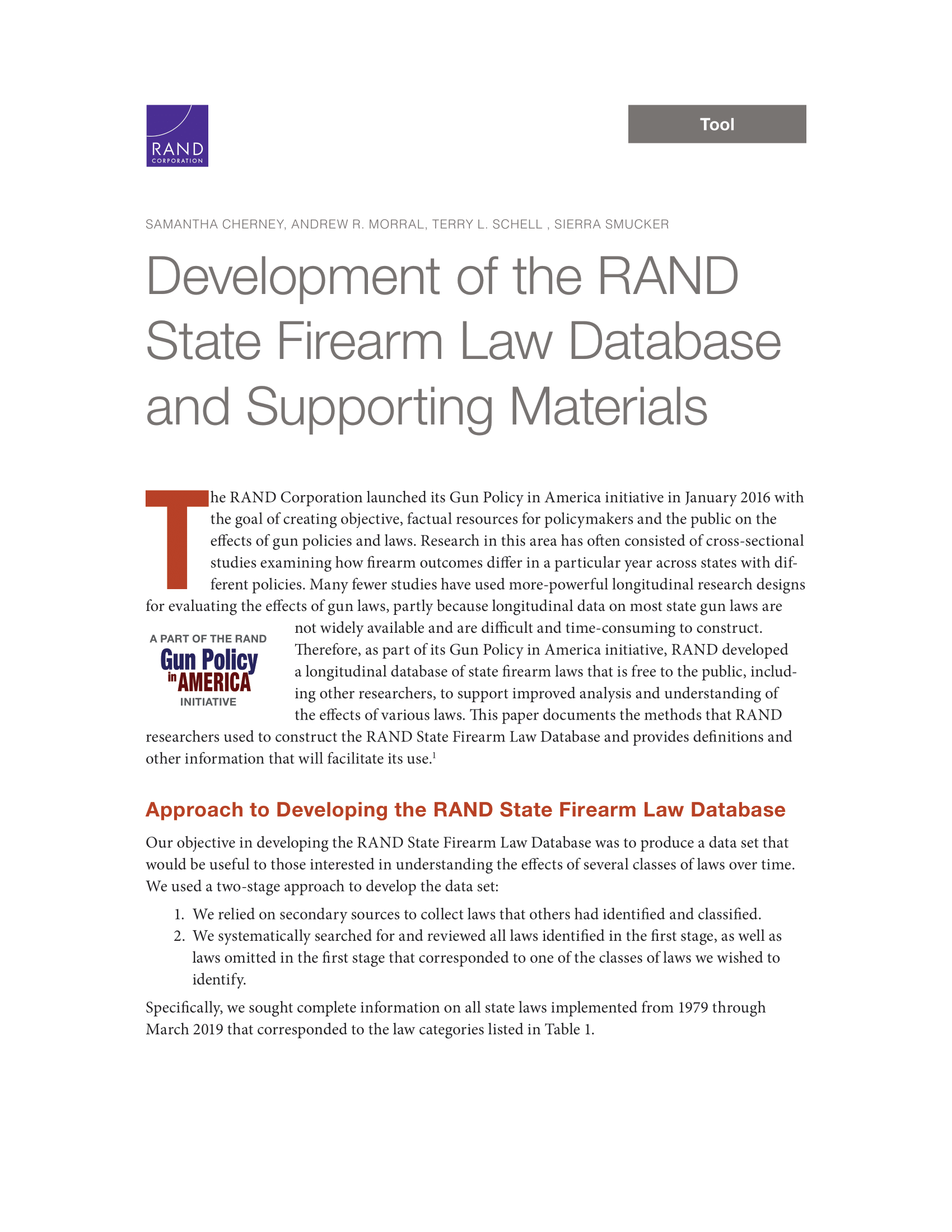