The Devil is in the Detail: The importance of comprehensive and legally binding criteria for arms transfers

According to new figures, more than $2.2bn worth of arms and ammunition have been imported since 2000 to countries operating under arms embargoes. This figure shows the extent to which states have been flagrantly flouting the 26 UN, regional or multilateral arms embargoes in force during this period. Oxfam is calling on the international community to put an end to decades of irresponsible arms deals which devastate people's lives by agreeing a set of legally binding laws when diplomats meet to draw up a new Arms Trade Treaty in July 2012. Oxfam wants to see the new treaty place strict, unambiguous and legal obligations on states to control the global trade in arms. To be effective, the new Arms Trade Treaty must include legally binding criteria that prevent arms transfers where there is a substantial risk that they will be used to violate international human rights or humanitarian law or undermine development. The new Arms Trade Treaty must be robust enough to have a genuine impact on the lives of tens of thousands of innocent civilians suffering from armed violence every single day. This is the chance of a generation to truly make a difference. 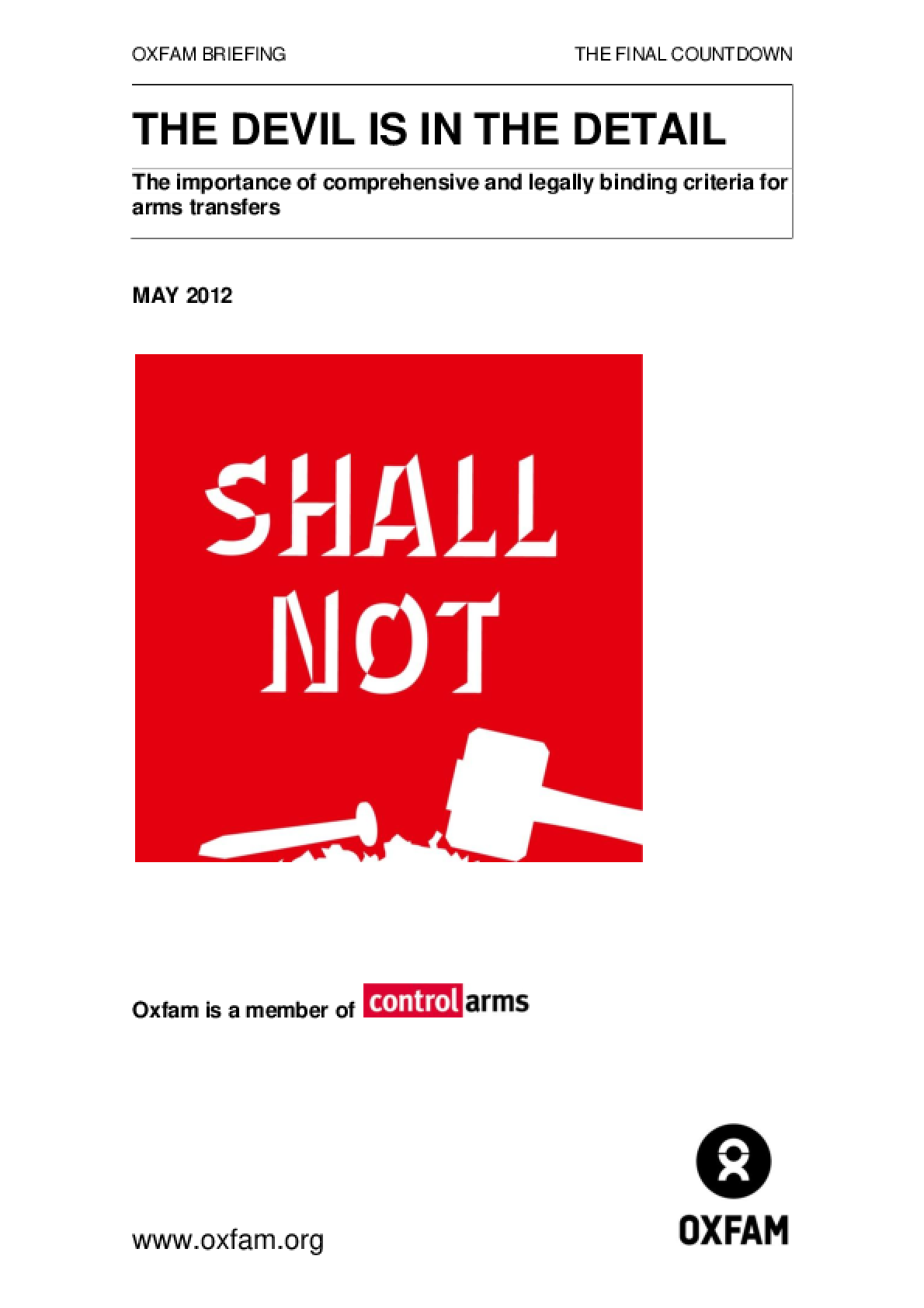