This report looks back over the four years (2001-2005) of Oxfam GB's first Partnership Programme Agreement (PPA) with DFID. Activities and developments since April 2005 will be reported under the second PPA (2005-2011). However, some references to events and changes during 2005 have been made in this report for clarity. The Agreement noted that Oxfam was undergoing profound organisational change in 2001 as we started the partnership. In this introduction, some of the significant organisational developments that have taken place over the past four years are mentioned. DFID's partnership with Oxfam in the UK and in regions across the world is then illustrated through examples, and a summary table is provided of DFID's financial contributions to the PPA and Oxfam GB's overall programme expenditure on the priority areas covered by the Agreement. Short chapters follow on each of the three priority areas. These chapters seek to outline the scope of the work pursued under the partnership, with some general observations about progress against the outcome indicators agreed in the PPA, and challenges faced. It is not possible to analyse and illustrate programme outcomes in any detail; the reader is referred to the longer reports that have been submitted each year for more detailed discussion of programme results, and Oxfam's contributions. 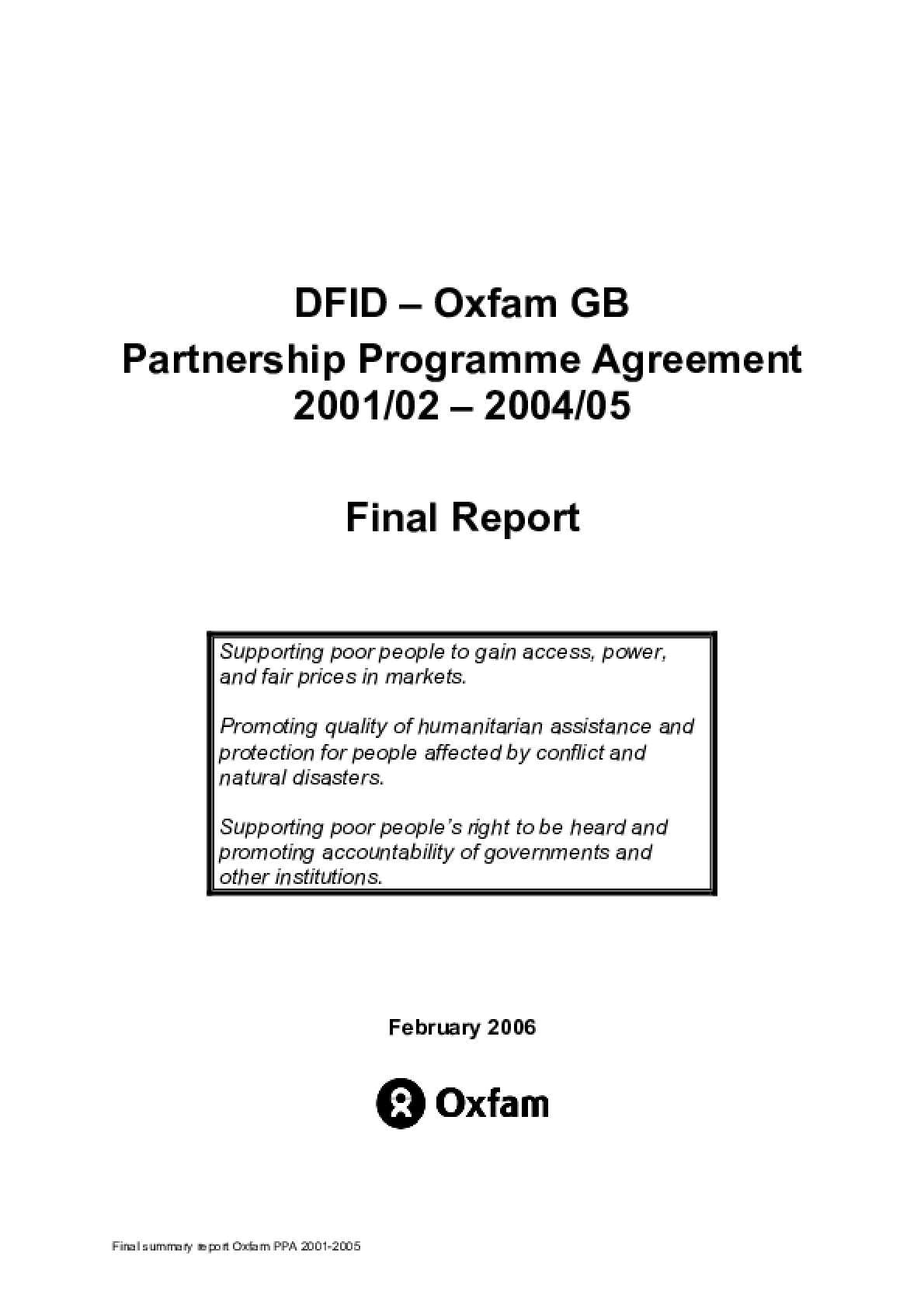