The month of March marks the seventh anniversary of the Department of Homeland Security (DHS) and its immigration agencies. It also marks the end of a sweeping internal review ordered by Secretary Janet Napolitano, a review which as not been made public. In order to assess the first year of immigration policy under the Obama Administration, the Immigration Policy Center releases the following Special Report which compare DHS's actions with the recommendations (Transition Blueprint) made to the Obama Transition Team's immigration-policy group. How does DHS stack up? The following IPC report finds a department caught between the competing priorities of old broken policy and new reforms. While DHS has failed to meet key expectations in some areas, it has engaged thoughtfully and strategically in others, and has made some fundamental changes in how it conducts its immigration business. 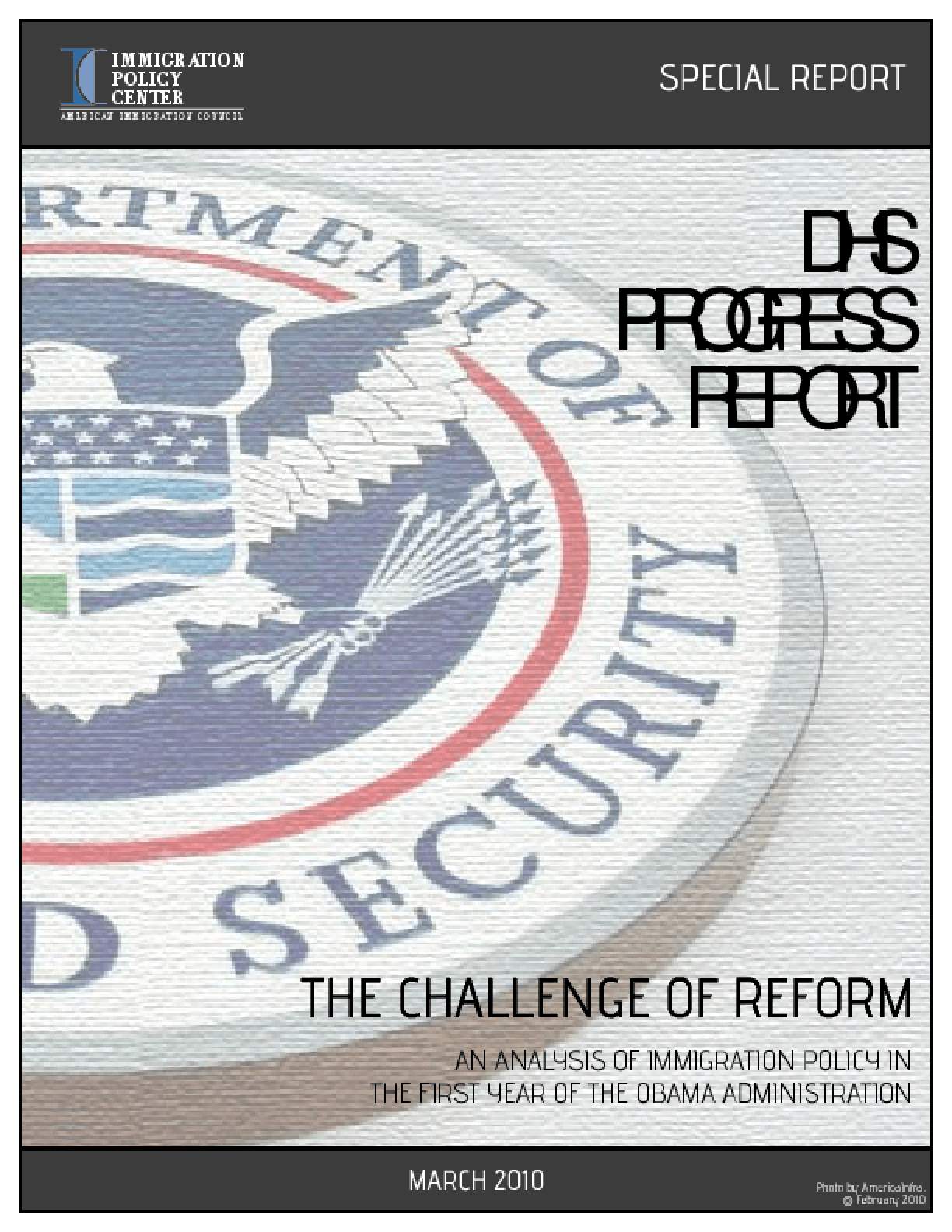