Did NAFTA Help Mexico? An Update After 23 Years

This paper compares the performance of the Mexican economy with that of the rest of the region and with its own economic performance, over the 23 years since NAFTA took effect, based on the available economic and social indicators. Among the results, it finds that Mexico ranks 15th out of 20 Latin American countries in growth of real GDP per person, the most basic economic measure of living standards; Mexico's poverty rate in 2014 was higher than the poverty rate of 1994; and real (inflation-adjusted) wages were almost the same in 2014 as in 1994. It also notes that if NAFTA had been successful in restoring Mexico's pre-1980 growth rate -- when developmentalist economic policies were the norm -- Mexico today would be a high-income country, with income per person comparable to Western European countries. If not for Mexico's long-term economic failure, including the 23 years since NAFTA, it is unlikely that immigration from Mexico would have become a major political issue in the United States, since relatively few Mexicans would seek to cross the border.

This report updates a version released in February 2014. 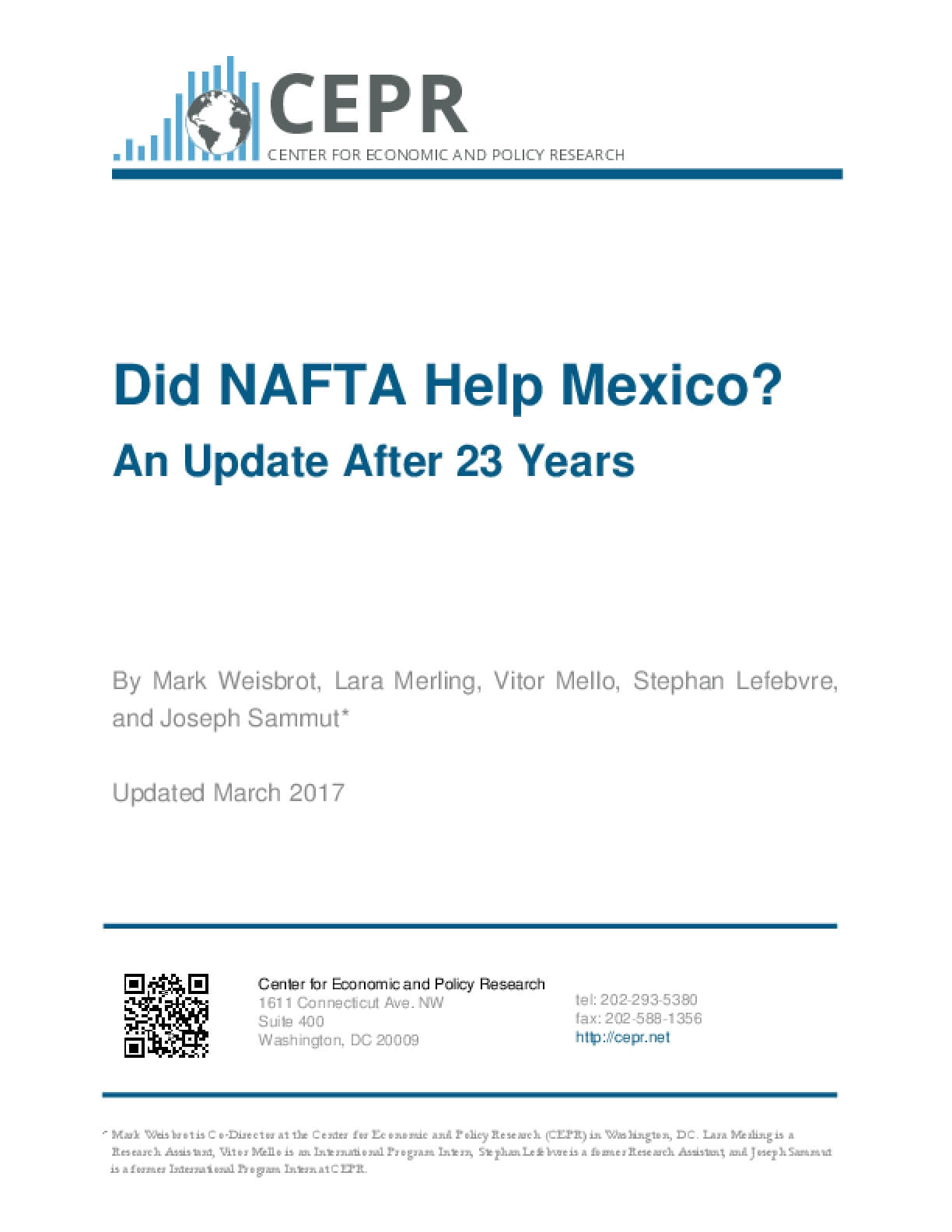