This document describes several security issues with the Diebold electronic voting terminals TSx and TS6. These touch-pad terminals are widely used in US and Canadian elections and are among the most widely used touch pad voting systems in North America. Several vulnerabilities are described in this report. One of them, however, seems to enable a malicious person to compromise the equipment even years before actually using the exploit, possibly leaving the voting terminal incurably compromised. These architectural defects are not in the election-processing system itself. However, they compromise the underlying platform and therefore cast a serious question over the integrity of the vote. These exploits can be used to affect the trustworthiness of the system or to selectively disenfranchise groups of voters through denial of service. 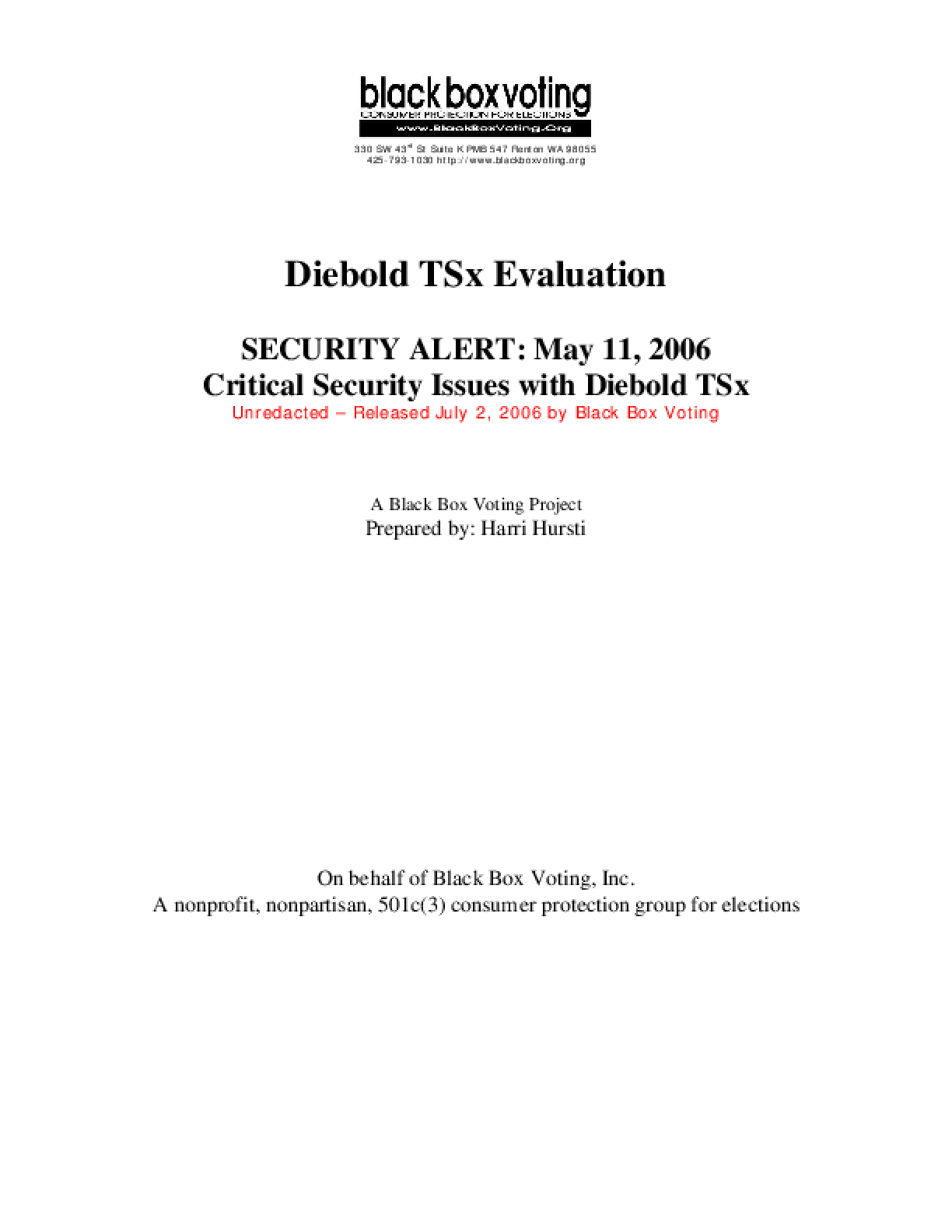