Thanks to digital technologies, today we can bank, read the news, study for a degree, and chat with friends across the world - all without leaving the comfort of our homes. But one area that seems to have remained impervious to these benefits is our model of democratic governance, which has remained largely unchanged since it was invented in the 20th century.There has been a failure to change, despite the fact that disillusionment with existing political institutions is widespread, trust in our elected representatives is chronically lacking and election turnout is low.1, 2 At the local level, councils are facing the challenges of increasing pressure on services with tougher demands for accountability from localresidents. Membership of political parties is significantly lower than a few decades ago. The rise of alternative social movements, both online and offline, is resulting in a move away from traditional forms of political participation. Recently, a small number of national parliaments, local government bodies and political parties have seen the potential for technology to help address these issues. Has the time for digital democracy finally come? 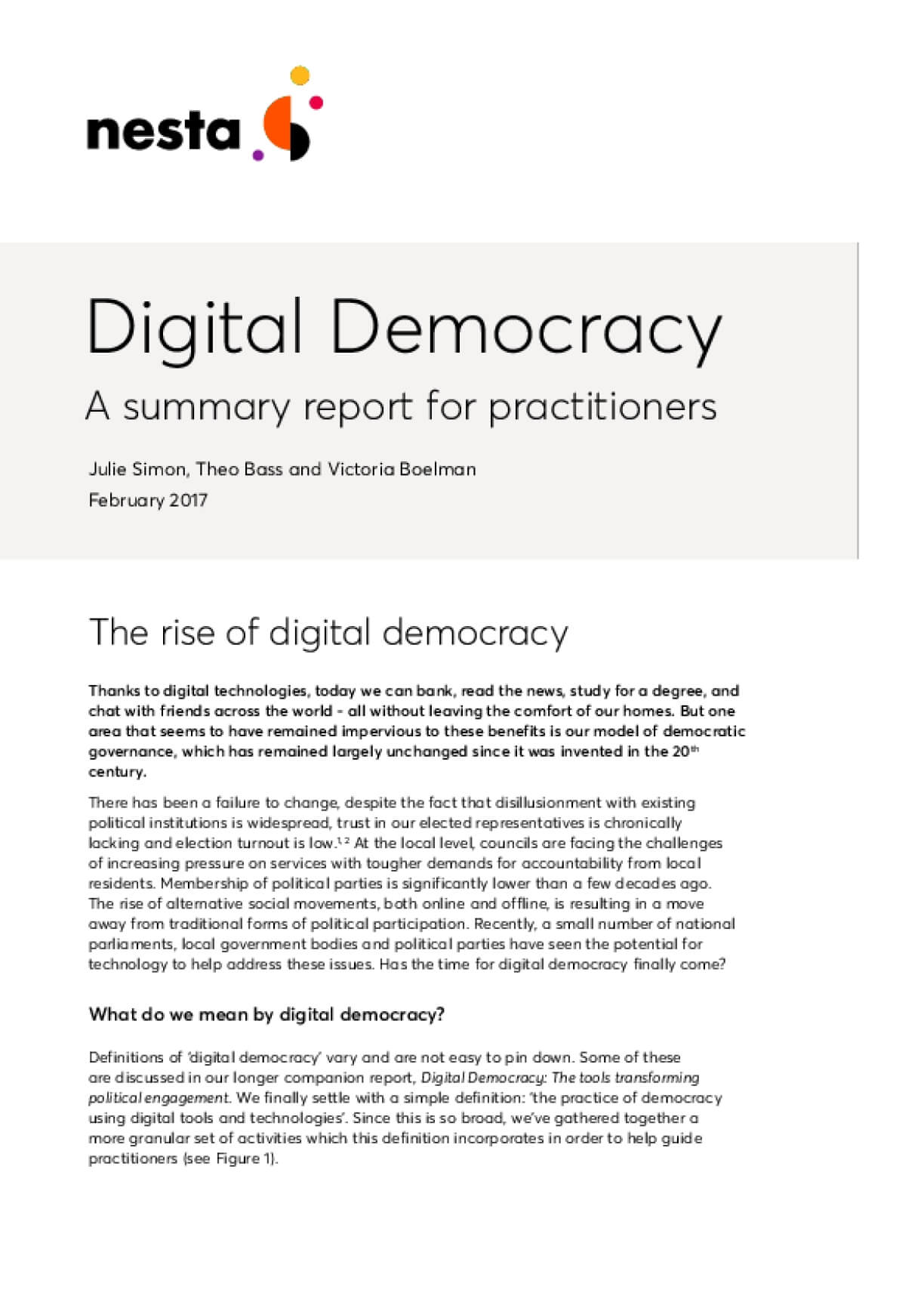