In this report, we demonstrate that communities of color find themselves on the wrong side of the digital divide for home-internet access – both in terms of adoption and deployment – in a manner that income differences alone don't explain. Once we control for other economic and demographic factors that contribute to this divide, the data illustrate persistent broadband adoption and deployment gaps for people of different races and ethnicities.

We find that several personal and household characteristics are associated with home-internet adoption, including race and ethnicity, along with family income, educational attainment, and use of the internet at work or school. There are however large differences in some of these factors depending on a person's race or ethnicity. For example, Whites are far more likely to report going online while at work than are Hispanic or Black employees, even when they hold similar jobs.

We note that systemic racial discrimination impacts home-internet adoption in communities of color, because such systemic discrimination impacts income inequality and causes other disparities. Structural discrimination exacerbates market failures in the broadband market, adding additional barriers to internet adoption in communities of color. We find, however, that contrary to one popular narrative, people of color who do not adopt home internet have a very high demand for it. This means they would benefit greatly from lower prices and more choices for service.

We also find that, despite the persistence of a digital divide for wired internet-access connections, the relatively higher levels of competition and choice in the mobile market have largely closed such divides in mobile internet and cellphone adoption. These are product markets in which, for example, some low-income households of color have equal or higher levels of adoption than low-income White households do. This absence of racial or ethnic gaps in mobile- service adoption derives in part from increased competition, which in turn contributes to the lower prices for these services. Mobile providers are willing to offer prepaid and resold services too, also as a result of the higher levels of competition in this market, and that willingness likewise makes service more affordable and more accessible to people in typically marginalized communities.

All of this stands in stark contrast to high-speed wired-internet access, a market that is a duopoly at best. Wired providers have failed to offer resold or prepaid services, and generally have required potential customers to undergo credit checks or make cash deposits – practices that contribute to the digital divide by exacerbating existing racial disparities in credit scoring, housing and other economic sectors.

We conclude that public policies aimed at closing the digital divide must focus on correcting these and other failures endemic to the home-internet market, such as supra-competitive pricing, provider cross-subsidization, and the lack of a functioning resale/wholesale market. Confronting these market failures would increase the ability of people in marginalized communities to access advanced telecommunications services and purchase those services in an equitable manner. 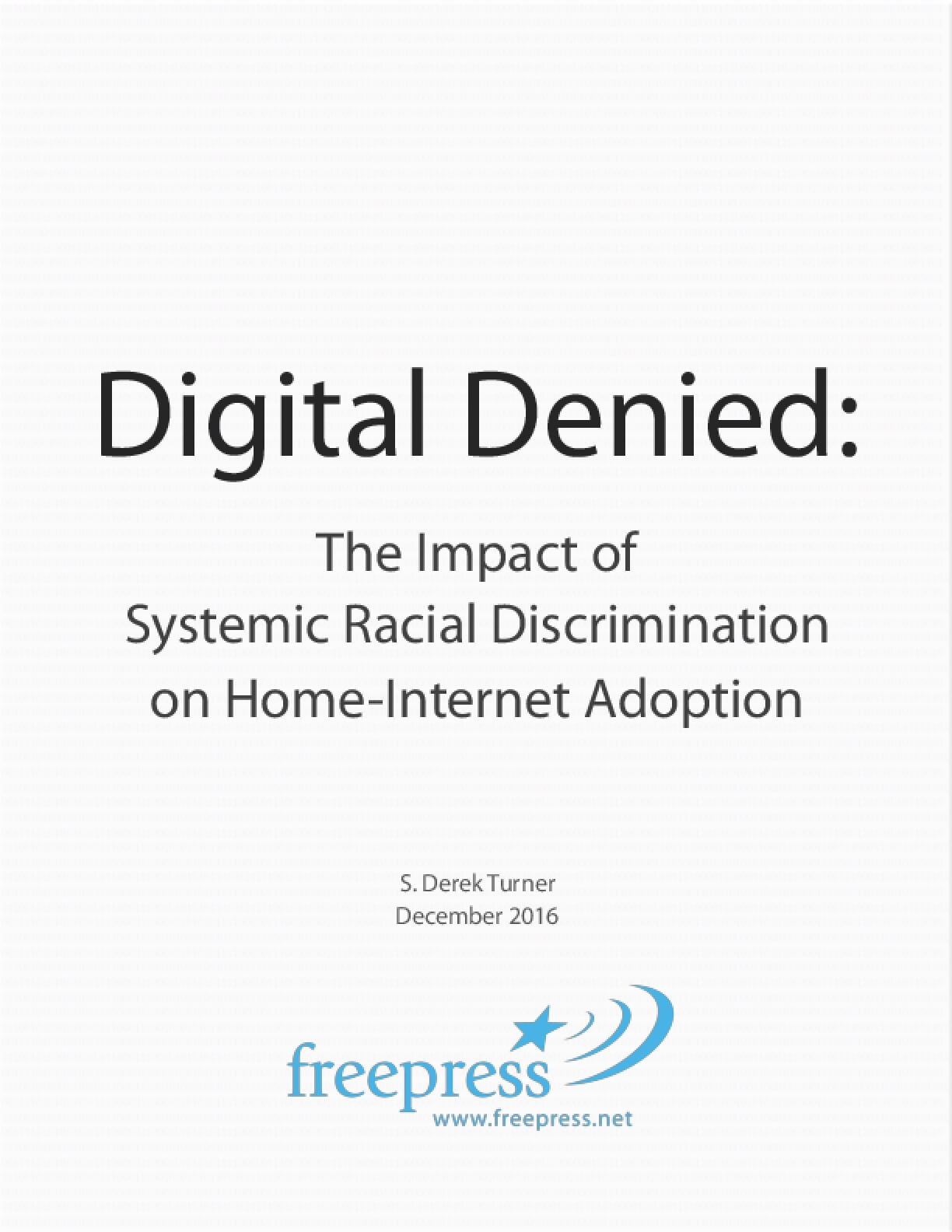