Digital Technology and the End of Social Studies Education

In Fall 2000, when "Theory and Research in Social Education" (TRSE) first dedicated an issue to technologies in social studies education, Neil Postman contributed a View Point piece to this issue. Postman, who died in 2003, was an interesting choice because he was an outspoken critic of educational technology who believed that, as he said at the time, "the new technologies both in and out of the classroom are a distraction and an irrelevance." Taking his cue from Postman, the author addresses the issue of digital technology in social studies education by telling a story of his own. He offers a wandering narrative -- and an old-fashioned one at that -- common in the religious stories that Postman saw as the prototype for all cultural stories: the narrative of faith, tested by doubt, emerging reaffirmed. He also discusses two elements that he believes need to be far more present in social studies education, at the pre-service and K-12 level: (1) Clearer disciplinary perspectives; and (2) easier ways of working with data within these perspectives. Technologies, if carefully designed, can be helpful in both areas. 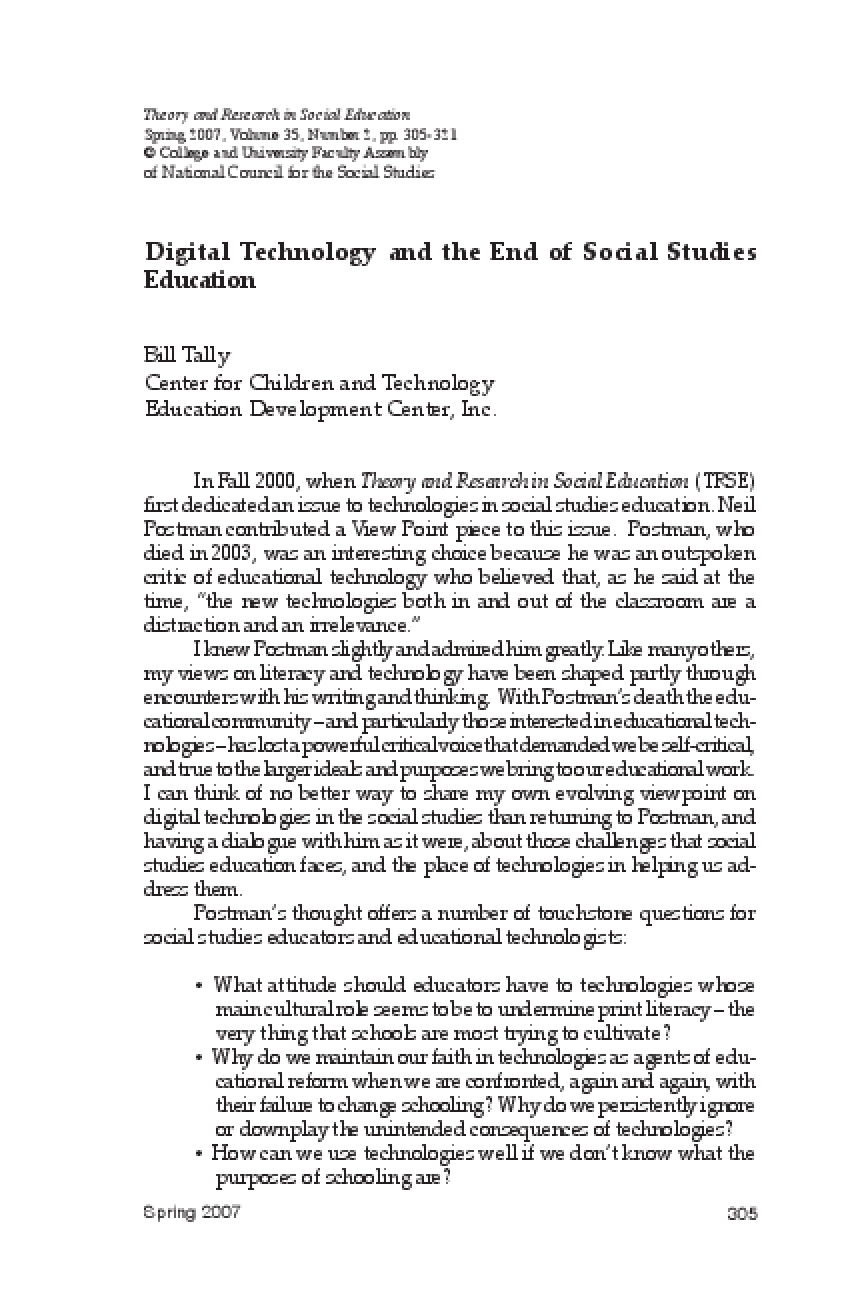