Chapter 4.9 describes changes between 2005 and 2009 in the number of Feeding America clients as well as in several factors that are central to producing the estimates in each year. Key Findings: (Excerpted from Hunger in America 2010) 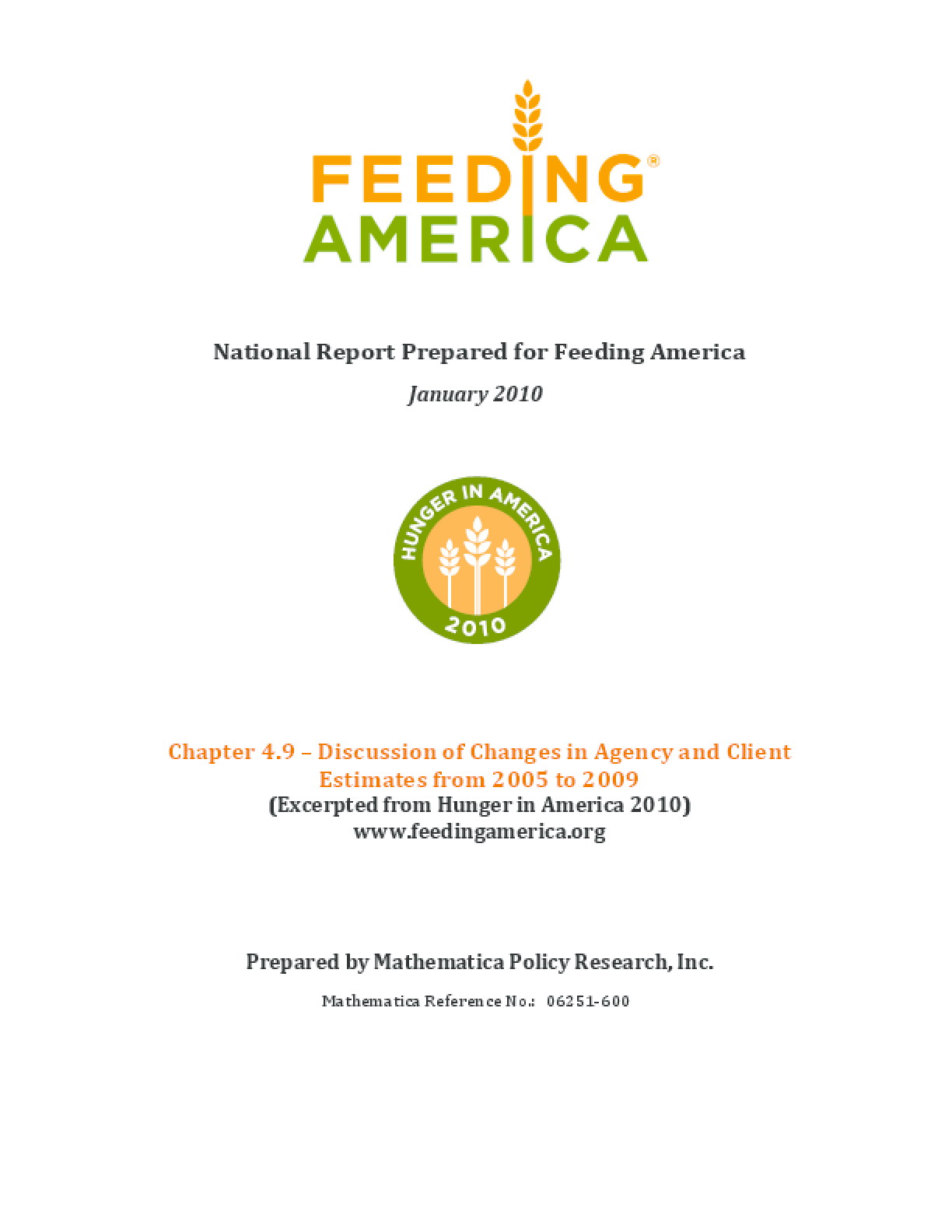