Dismal Science: The Shortcomings of U.S. School Choice Research and How to Address Them

Pressing questions about the merits of market accountability in K-12 education have spawned a large scholarly literature. Unfortunately, much of that literature is of limited relevance, and some of it is misleading. The studies most widely cited in the United States used intense scrutiny of a few small-scale, restriction-laden U.S. programs -- and a handful of larger but still restriction-laden foreign school choice expansions -- to assert general conclusions about the effects of "choice," "competition," and "markets." The most intensely studied programs lack most or all of the key elements of market systems, including profit, price change, market entry, and product differentiation -- factors that are normally central to any discussion of market effects. In essence, researchers have drawn conclusions about apples by studying lemons. To address the need for credible evidence on the effects of genuine education markets, economists should look to simulation models, indirect evidence such as outcomes in similar industries, and school systems abroad that enjoy varying degrees of market accountability. 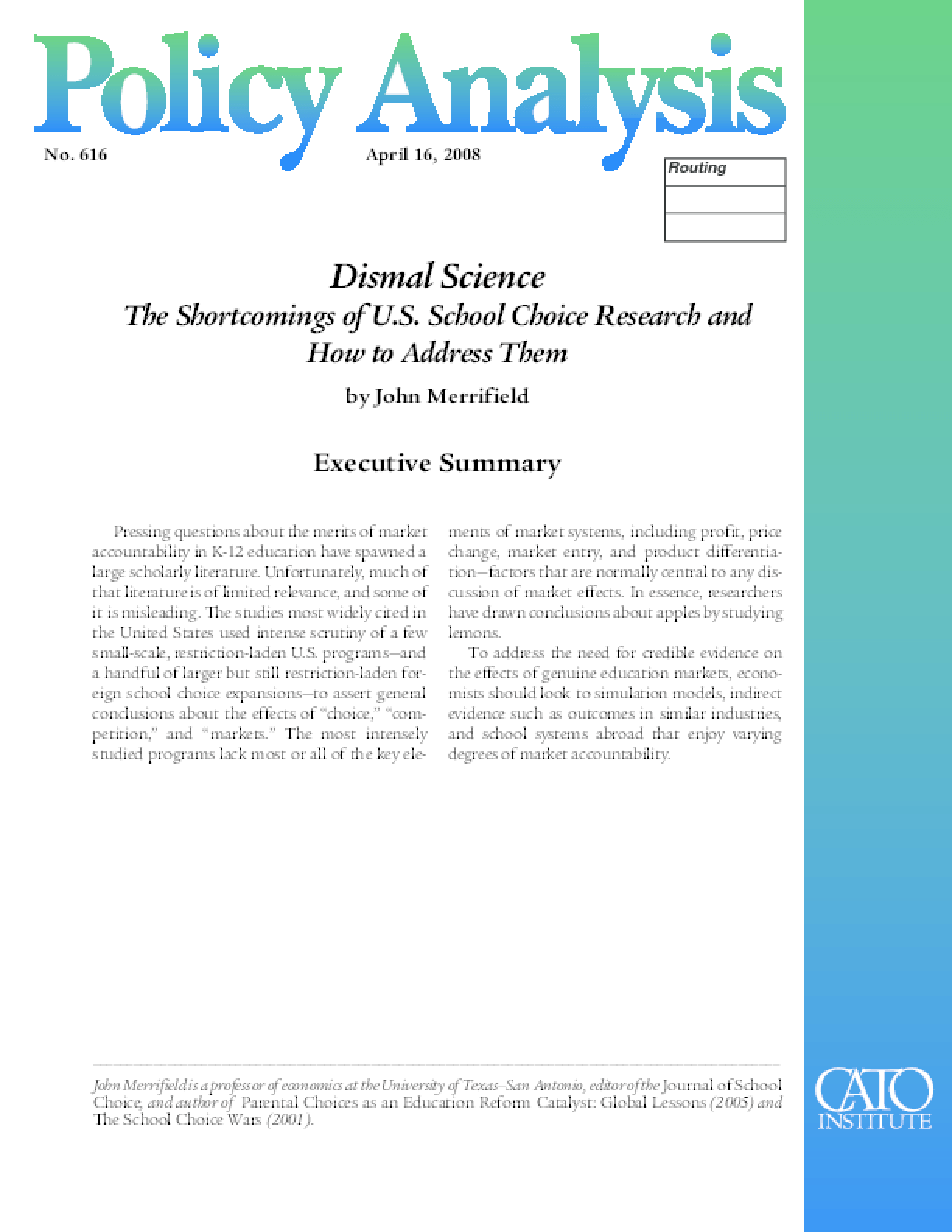