Dispelling the Myths: The Truth about TABOR and Referendum C

During the late 1990s, Colorado's Taxpayer's Bill of Rights was praised widely for its effectiveness in restraining the growth of government and providing tax relief for the residents of the state. TABOR capped government revenue growth at population plus inflation and mandated immediate rebates of surplus revenues. Now TABOR is under attack by interest groups that want to increase government taxation faster than the cap will allow. They blame TABOR for the pressure the state budget has faced over the last four years. Yet that pressure is a direct result not of TABOR but of a recession, a drought, and a misguided educational-spending mandate that forced government to spend more money than it collected. Opponents of TABOR have endorsed Referendum C as a much-needed fix to TABOR. However, far from simply tinkering with TABOR, Referendum C puts government growth in overdrive. The referendum would in effect give Colorado state government a blank check for the next five years. It would also permanently change the way the TABOR cap is calculated and lock in for perpetuity more government spending. This paper sets the record straight on what really caused the budget problems in Colorado and what passage of Referendum C would mean to fiscal control in that state. 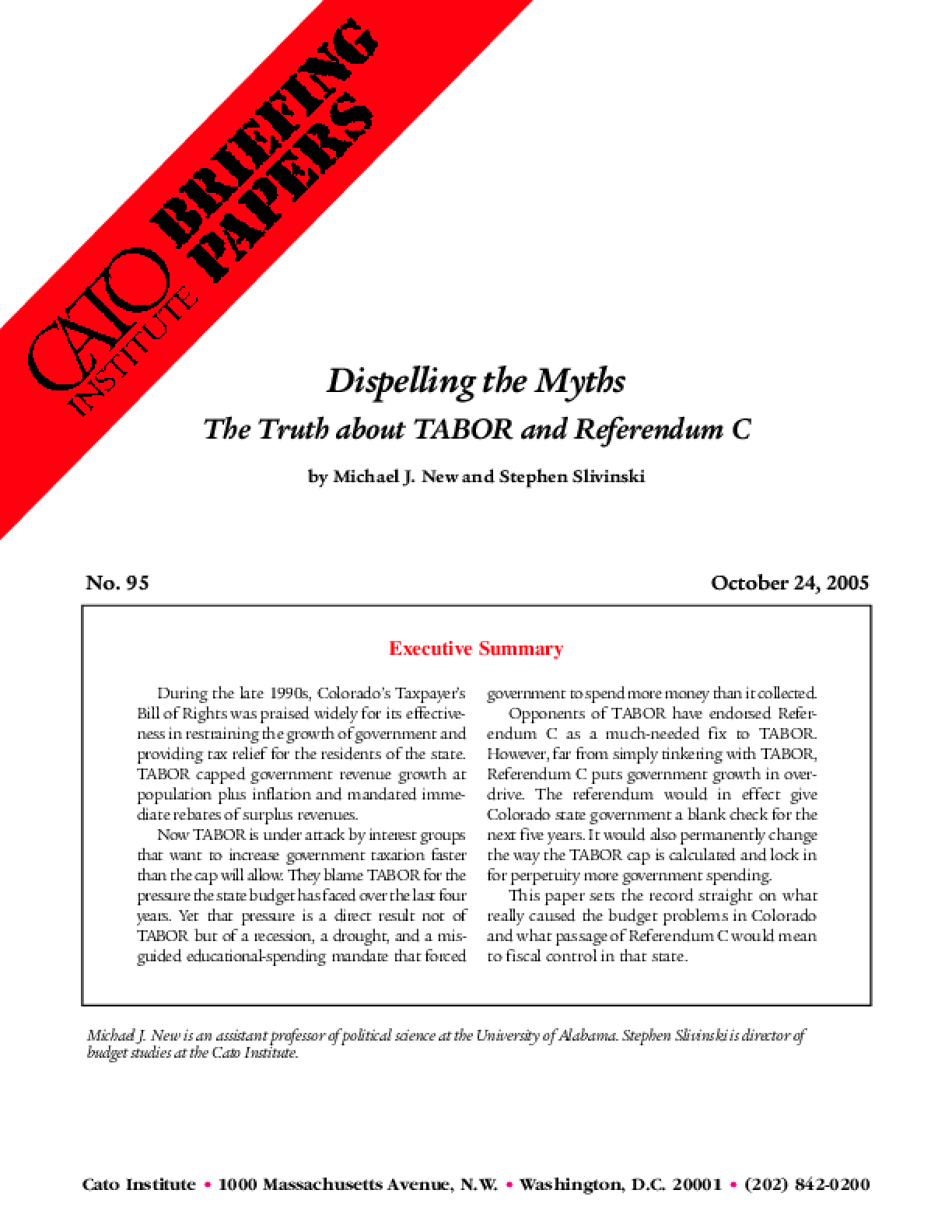