This study examines whether exposure to novice teachers and risk for identification for special education predicated suspension rates. Identification as having emotional disturbance and specific learning disabilities were found to predict an increase in suspension rates for Black male students. The report's findings draw from 72,168 schools in nearly 7,000 school districts from nearly every state. 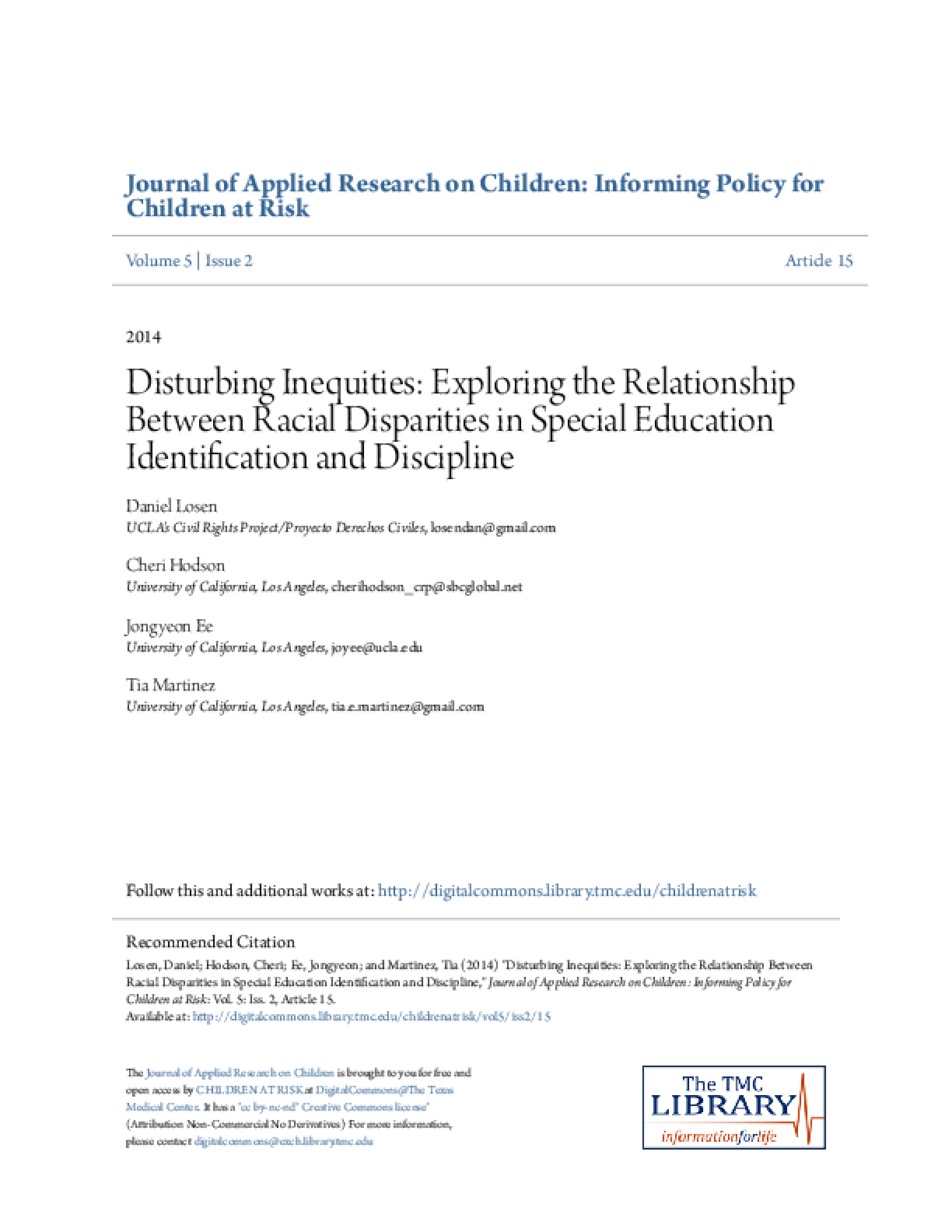