Diversity and Transformation: African Americans and African Immigration to the United States

Successive generations of African immigration have continuously transformed the African American community and the sociopolitical climate of the United States. Though the history of African immigration to the United States has at times been a turbulent one, the arrival of many different African peoples has profoundly impacted the social makeup of the United States. During this nation's infancy, hundreds of thousands of captive Africans were delivered to American shores. Overcoming tremendous adversity, this population and its successive generations laid the foundations of opportunity for a new wave of immigration after 1965. From Jim Crow to the Civil Rights Movement to desegregation, African Americans have been instrumental in transforming the sociopolitical climate in the United States, creating an environment far more accepting of new immigrants. A series of post-1965 immigration policy shifts opened the doors to a steady increase in African immigration in the latter part of 20th century. Today, approximately 50,000 Africans arrive annually. 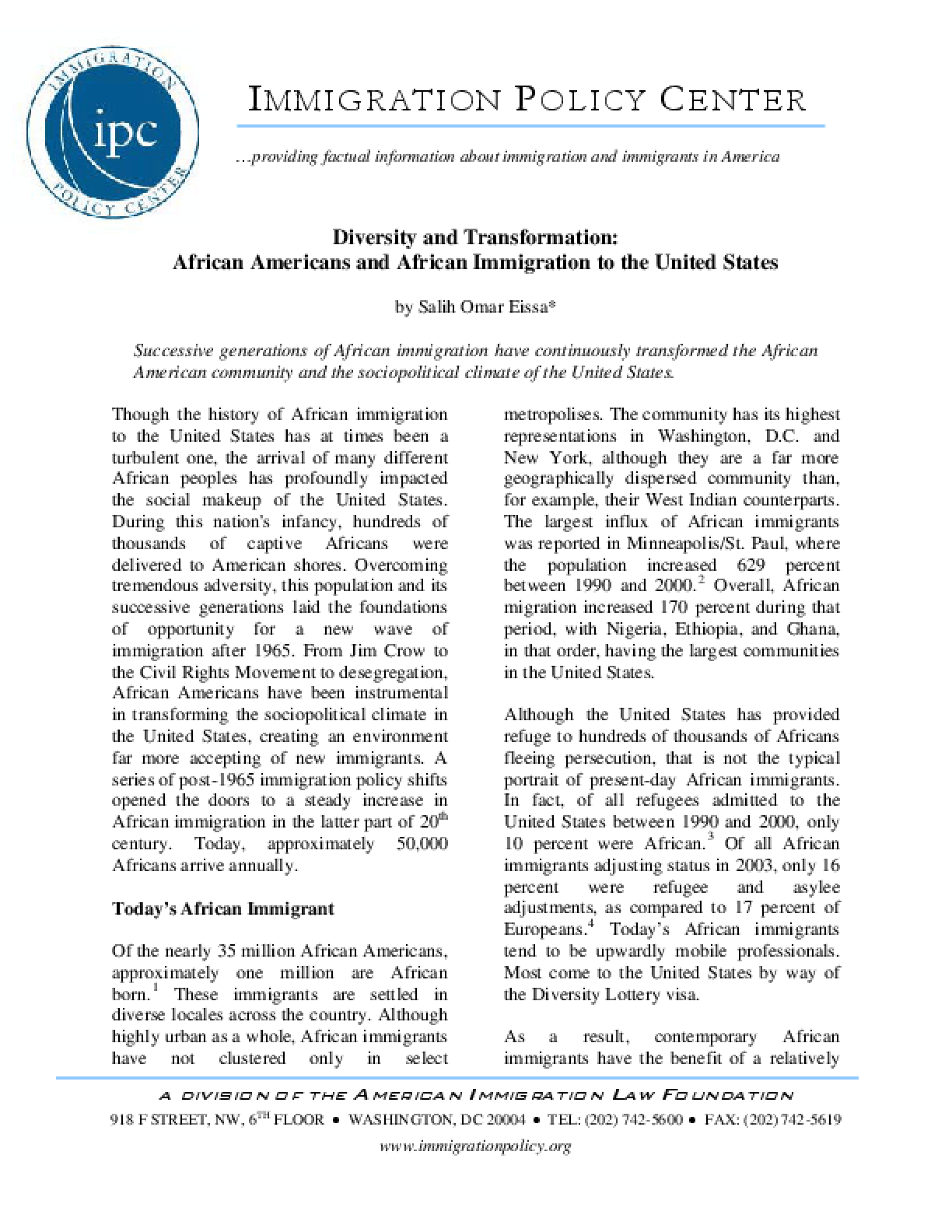