Diversity Growing Because Births Far Exceed Deaths Among Minorities, But Not Among Whites

The distinctly different demographic trajectories among whites and minorities are driven by the interaction of several key demographic forces. Natural increase (births to deaths) is the major force behind the growing diversity of the U.S. population, though immigration remains important. Although the pace of U.S. population growth is slowing because of the lingering impact of the Great Recession and the aging of the population, the population continues to become more diverse. This will produce a rich tapestry of demographic change in the United States over the next several decades. 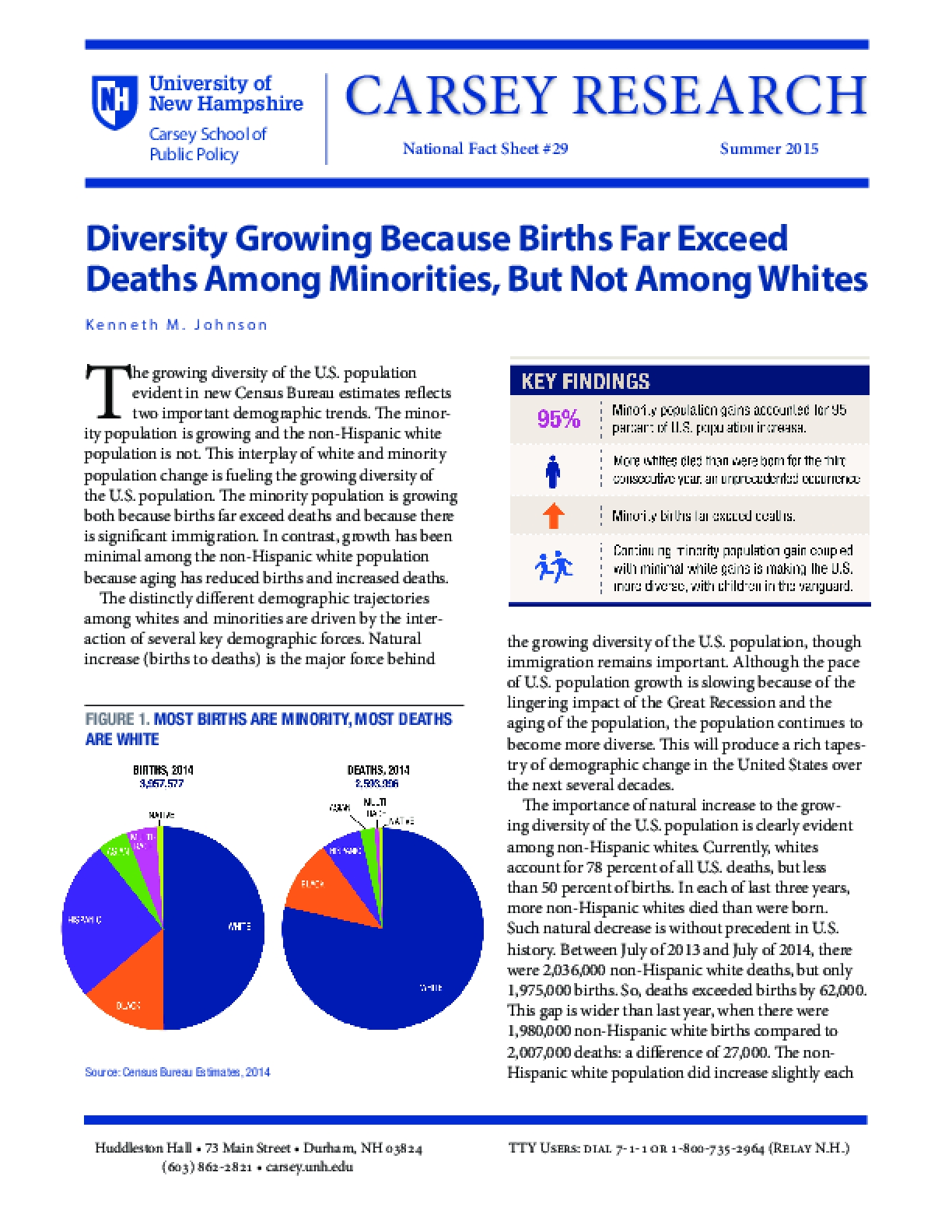