The last two years have seen an intensified public debate over the issue of undocumented immigrants in the United States. However, Congress and the White House have repeatedly failed to enact immigration reform legislation that might effectively address the problem of undocumented immigration. This inaction by the federal government has led to heightened frustration at the local level. One way in which some policymakers and activists have expressed this frustration is through support for ordinances that target undocumented immigrants. As of March 10, 2007, such ordinances had been proposed, debated, or adopted in at least 104 cities and counties in 28 states. These ordinances encompass a number of measures -- most notably prohibitions on renting to or employing undocumented immigrants and the adoption of English as the official language of the local government. Forty-three of the 104 localities have debated or passed rental restrictions alone or as part of broader ordinances. According to the judges who so far have heard cases involving the ordinances, a local ordinance that regulates immigration or otherwise conflicts with federal immigration law is unconstitutional. Regulating immigration has long been within the exclusive purview of the federal government. The ordinances also have been found to deny "due process" rights to renters and landlords. Local ordinances that target undocumented immigrants needlessly foster anti-immigrant and anti-Latino discrimination, divide communities, and undermine the economic prosperity of the locales that adopt them. Most cities and counties already have the ability to deal with problems such as crime and overcrowding through existing laws. Rather than championing anti-immigrant ordinances that claim to deal with these problems without actually doing so, local policymakers would be well advised to focus their energies instead on addressing the concerns of their residents that actually fall within the range of local power. 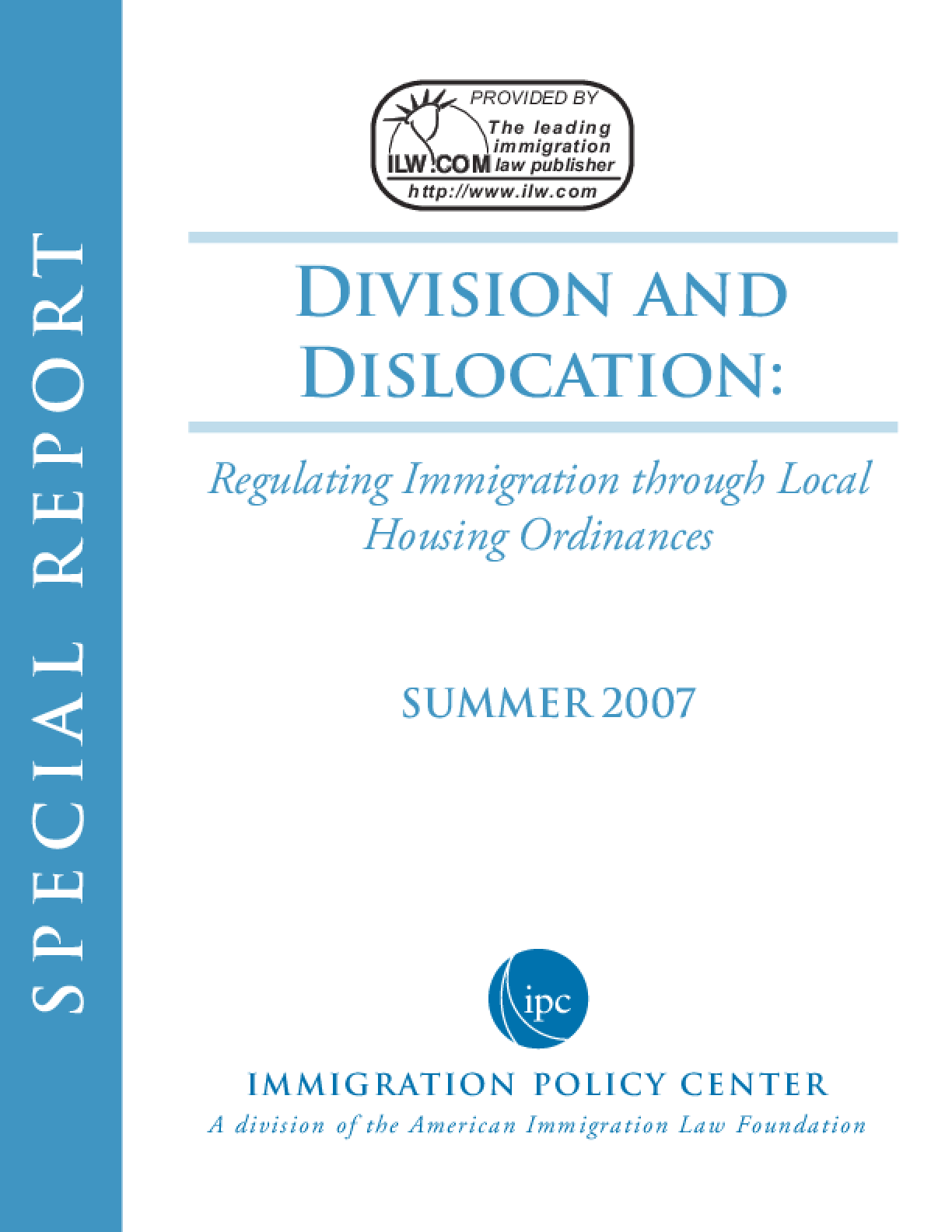