Do as I Say, Not as I Do: The Unfair Terms for Viet Nam's Entry to the WTO

In 2005, its tenth year of accession negotiations, Viet Nam hopes to achieve full WTO membership. After 15 years of implementing legal, institutional, and economic reforms, together with the gradual liberalisation of international trade, Viet Nam has achieved macroeconomic stability, solid economic growth, and a halving of the incidence of poverty, from 58 per cent in 1993 to 29 per cent in 2002. However, significant numbers of Vietnamese people still live in great hardship. A large part of the population has an income only just above the poverty line, and could easily be pushed back below it by external economic shocks. 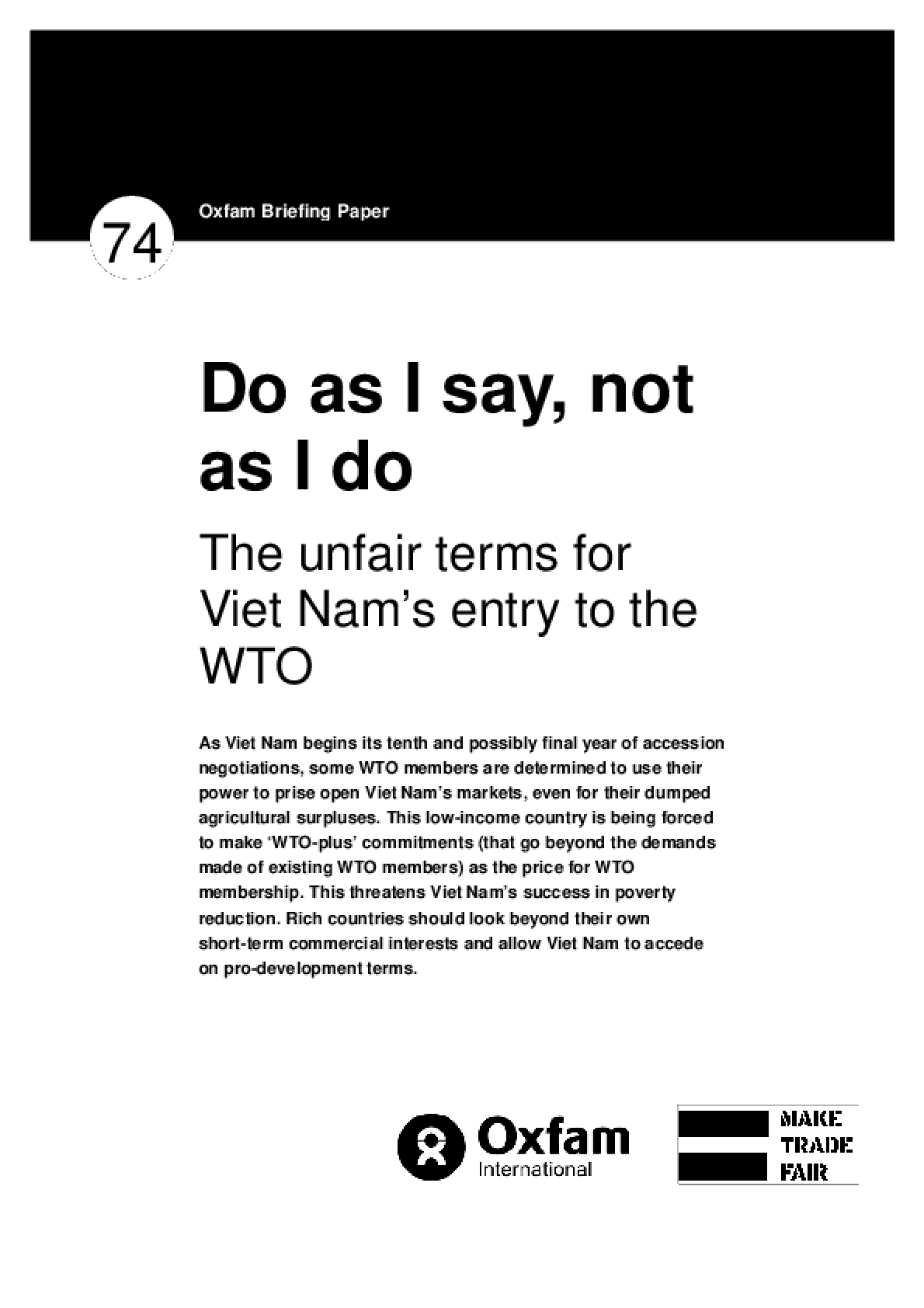