Two presidents, the National Governors Association and numerous blue ribbon panels have called for the development of state content standards for core subjects and examinations that assess the achievement of these standards. The Competitiveness Policy Council, for example, advocates that "external assessments be given to individual students at the secondary level and that the results should be a major but not exclusive factor qualifying for college and better jobs at better wages (1993, p. 30)." The American Federation of Teachers advocates a system in which:

Students are periodically tested on whether they' reaching the standards, and if they are re not, the system responds with appropriate assistance and intervention. Until they meet the standards, they won' be able to graduate t from high school or enter college (AFT 1995 p. 1-2).

It is claimed that curriculum-based external exit exam systems (CBEEES), based on world class content standards will improve teaching and learning of core subjects. What evidence is there for this claim? New York' Regents Exams are an s example of such a system. Do New York students outperform students with similar socio-economic backgrounds from other states? Outside the United States such systems are the rule, not the exception. What impacts have such systems had on school policies, teaching and student learning? 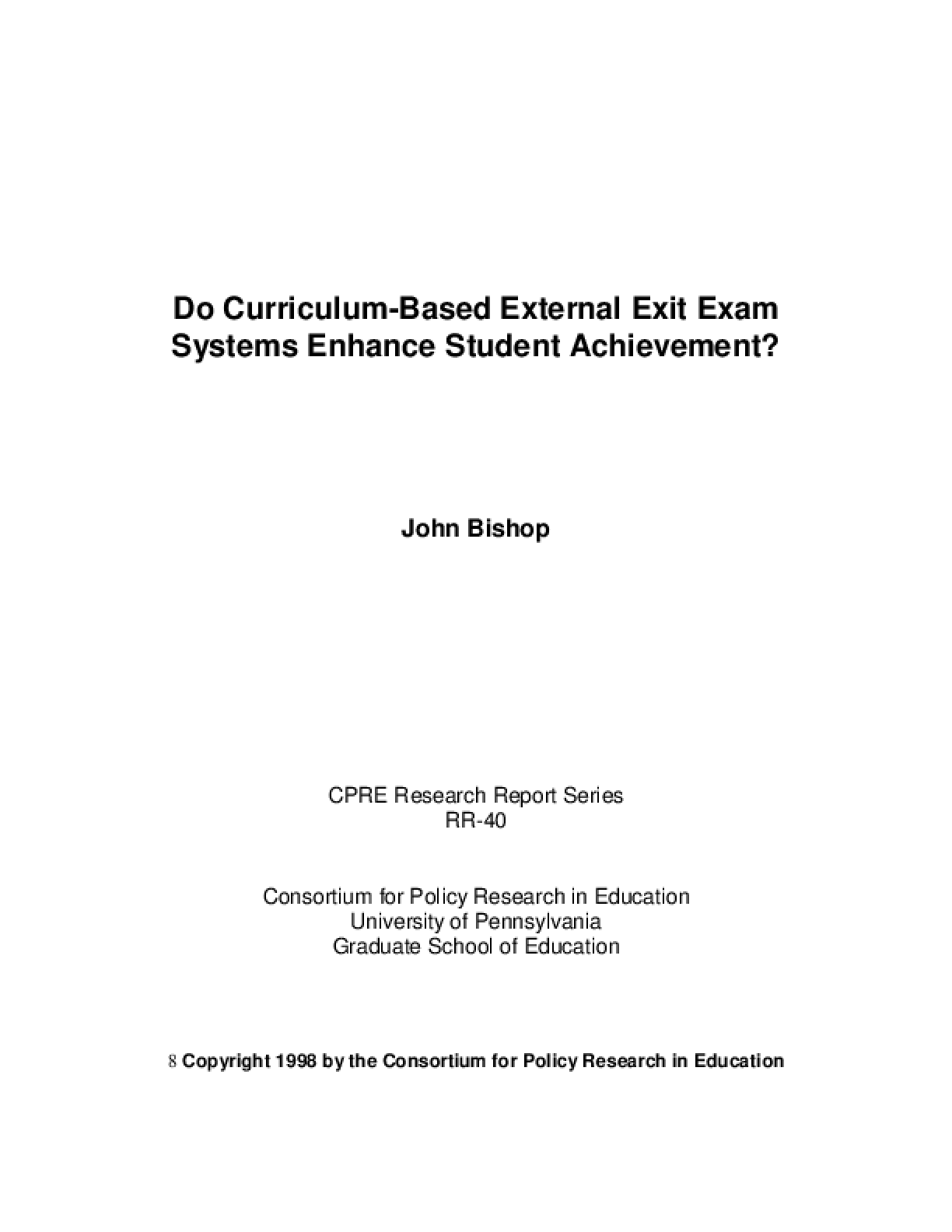