Do Early Educators’ Implicit Biases Regarding Sex and Race Relate to Behavior Expectations and Recommendations of Preschool Expulsions and Suspensions?

Preschool expulsions and the disproportionate expulsion of Black boys have gained attention in recent years, but little has been done to understand the underlying causes behind this issue. This study examined the potential role of preschool educators' implicit biases as a viable partial explanation behind disparities in preschool expulsions. Participants were recruited at a large conference of early educators and completed two tasks. In Task 1, participants were primed to expect challenging behaviors (although none were present) while watching a video of preschoolers, balanced by sex and race, engaging in typical activities, as the participants' eye gazes were tracked. In Task 2, participants read a standardized vignette of a preschooler with challenging behavior and were randomized to receive the vignette with the child's name implying either a Black boy, Black girl, White boy, or White girl, as well as randomized toreceive the vignette with or without background information on the child's family environment. Findings revealed that when expecting challenging behaviors teachers gazed longer at Black children, especially Black boys. Findings also suggested that implicit biases may differ depending on teacher race. Providing family background information resulted in lowered severity ratings when teacher and child race matched, but resulted in increased severity ratings when their race did not match. No differences were found based on recommendations regarding suspension or expulsion, except that Black teachers in general recommended longer periods of disciplinary exclusion regardless of child gender/race. Recommendations for future research and policy regarding teacher training are offered. 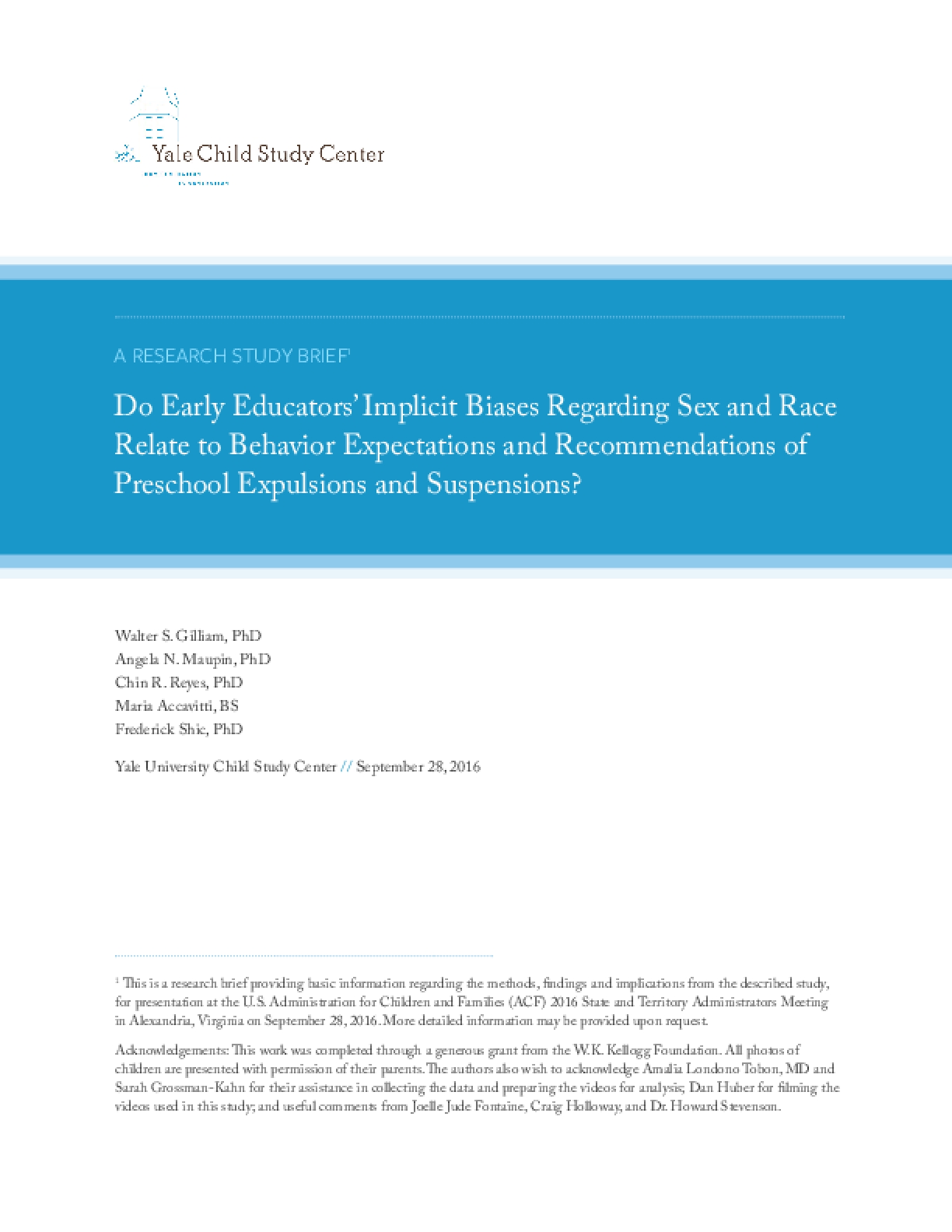