Do Foundation Giving Priorities Change in Times of Economic Distress?

The Foundation Center analyzed more than 830,000 grants of $10,000 or more awarded by over 1,000 of the nation's largest foundations between 1999 and 2005 to see whether there were any significant changes in relative grantmaking priorities across major subject areas during the economic downturn of 2001 to 2003. 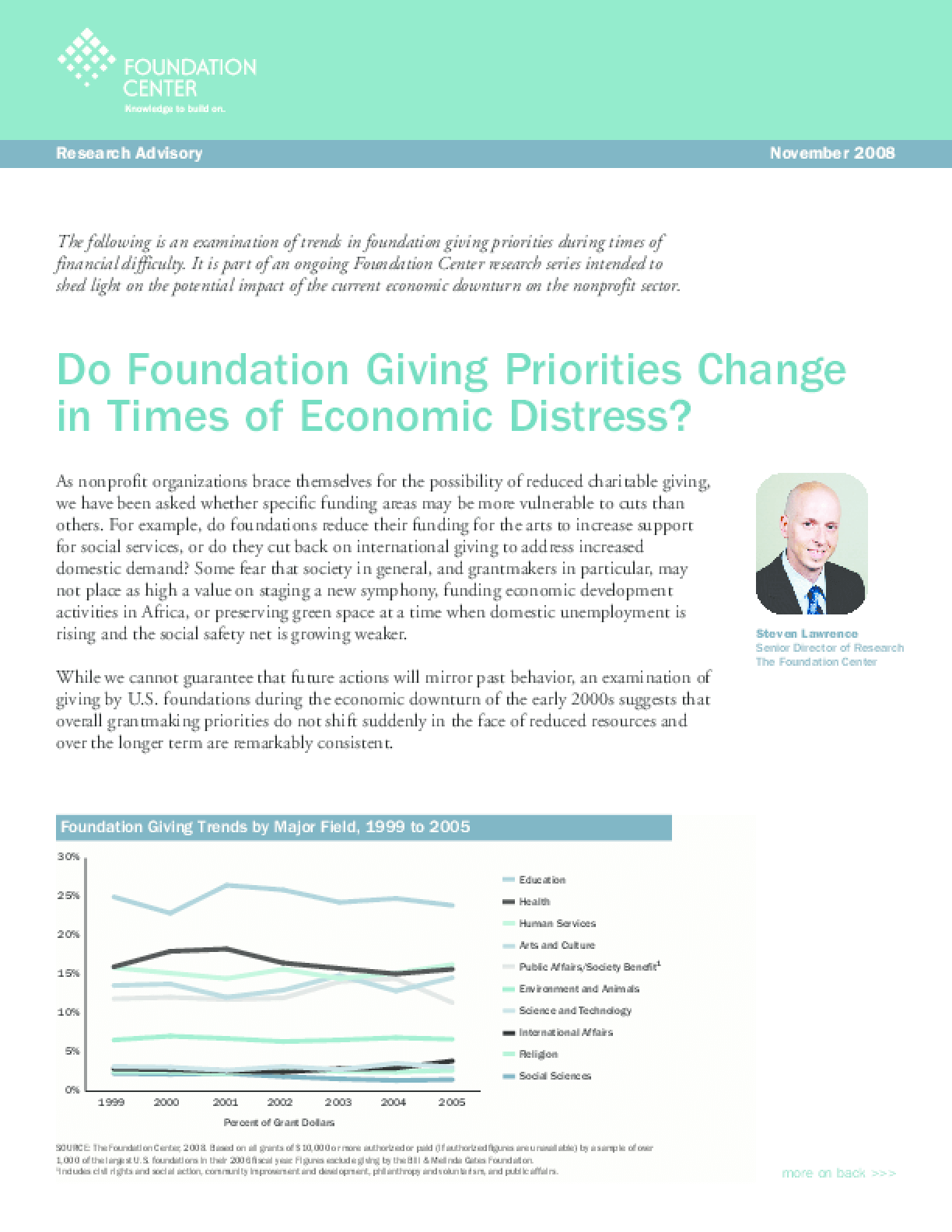