Making schools accountable through state testing was the pre-eminent educational reform of the 1990s. Thirty-nine states now administer some form of performance-based assessment, 24 states attach stakes to their tests, and 40 states use test scores for school accountability purposes (Stecher and Barron, 1999). Proponents argue that using student scores on curriculum-based tests as a measure of school effectiveness encourages teachers to teach the curriculum. The test results set a minimum standard by which schools can be judged; they quantify school quality in a way that parents and politicians can easily understand. By setting student improvement goals for schools, states can motivate school personnel to reach continuously higher, while also identifying those schools that are unwilling or unable to meet the prescribed goals. Indeed, some analyses of national test results suggest that those states, such as North Carolina and Texas, that implemented standards and testing to standards in the early 1990s, showed large, positive gains in mathematics between 1992 and 1996 (Grissmer and Flanagan, 1998). Other analyses show that low-performing schools made significantly larger gains than higherperforming schools in states with strong accountability systems, although it is difficult to attribute causal effects. (For a summary of recent studies, see Carnoy, 2001). However, many disagree with these positive analyses of the new accountability systems. Critics argue that such testing does not promote real improvement in student learning. 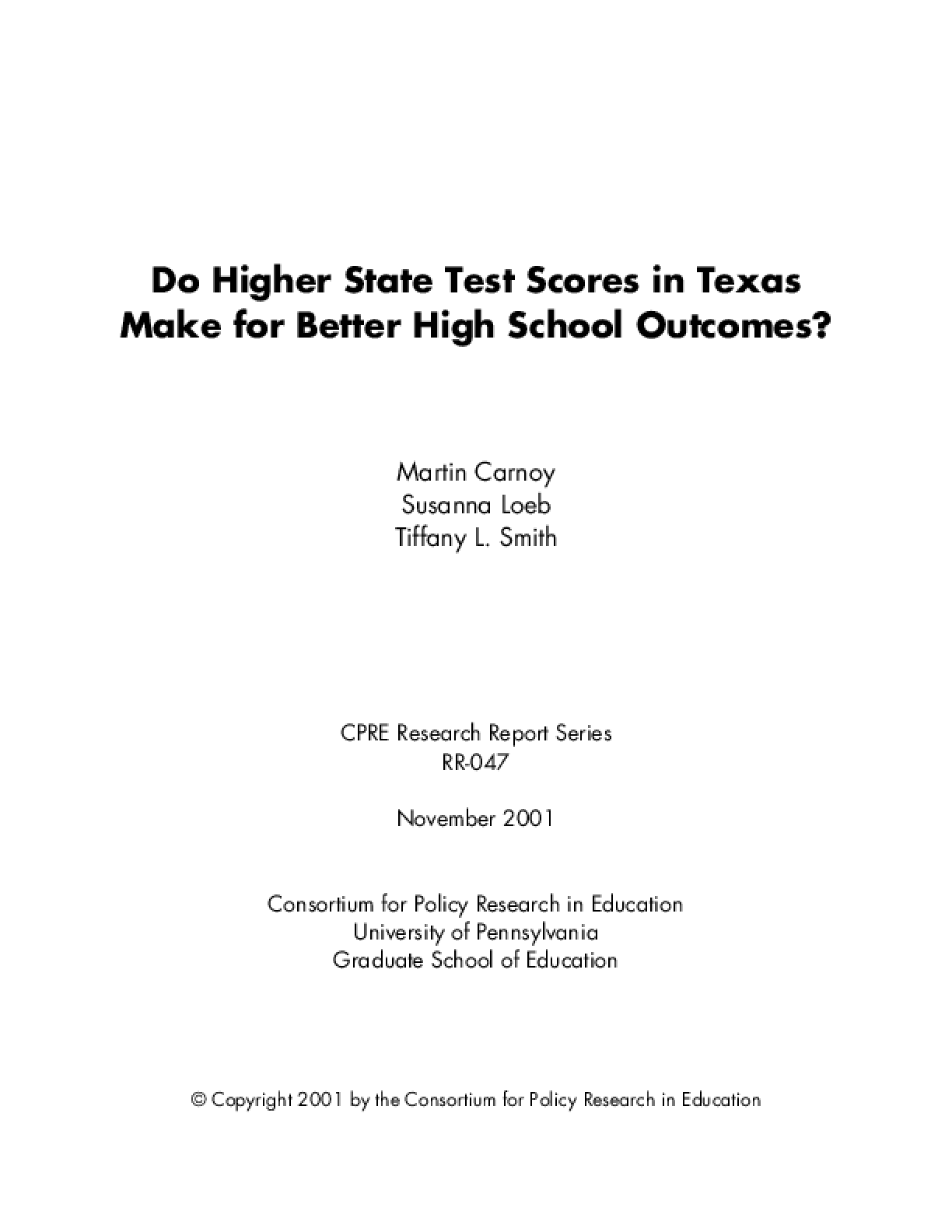