Do Individuals Comply on Income Not Reported by Their Employer

Individuals (e.g., the self-employed and those earning casual wages such as tips) with income not reported to the tax authority by a third party may be less likely to be detected evading taxes relative to the case in which their income is subject to third-party reporting. However, their compliance responses - to changes in the proportion of income that is reported to the tax authority, to changes in audit and tax rates, and so on - are largely unknown, in part because of the difficulty in obtaining information on individual choices in these situations. We use experimental methods to examine individual income tax compliance in settings where individuals differ in the portion of their income that is "matched" (or reported to the tax authority via third-party information) versus "nonmatched" (or not fully reported to the tax authority). Our results indicate that individuals who have relatively more non-matched income exhibit significantly lower tax compliance rates than individuals who earn relatively less non-matched income. Our results also indicate that higher income levels, higher tax rates, and lower audit rates lead to increased tax evasion, but with responses that vary depending upon the proportion of matched versus non-matched income. Working Paper 07-34 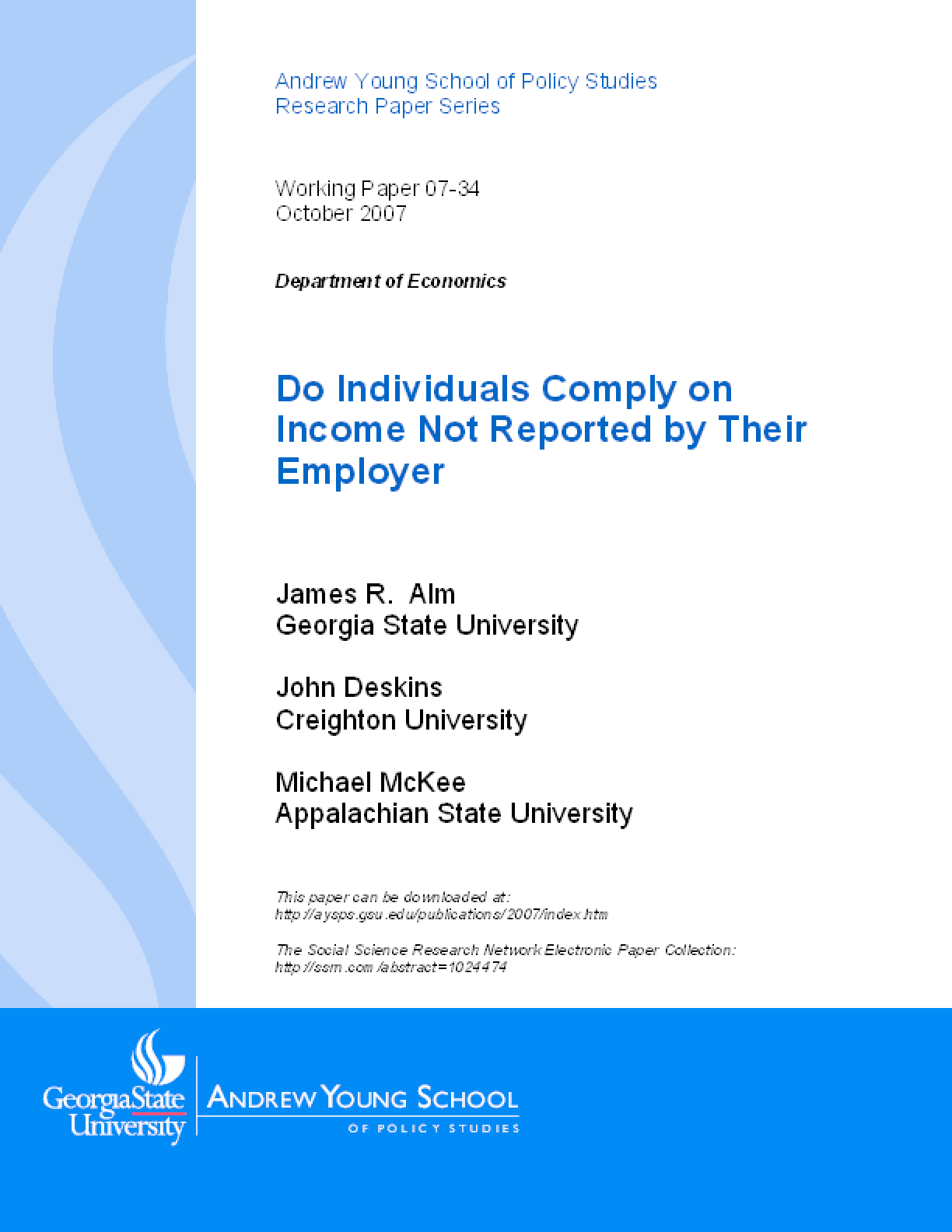