Do Medicare Advantage Plans Respond to Payment Changes? A Look at the Data from 2009 to 2014 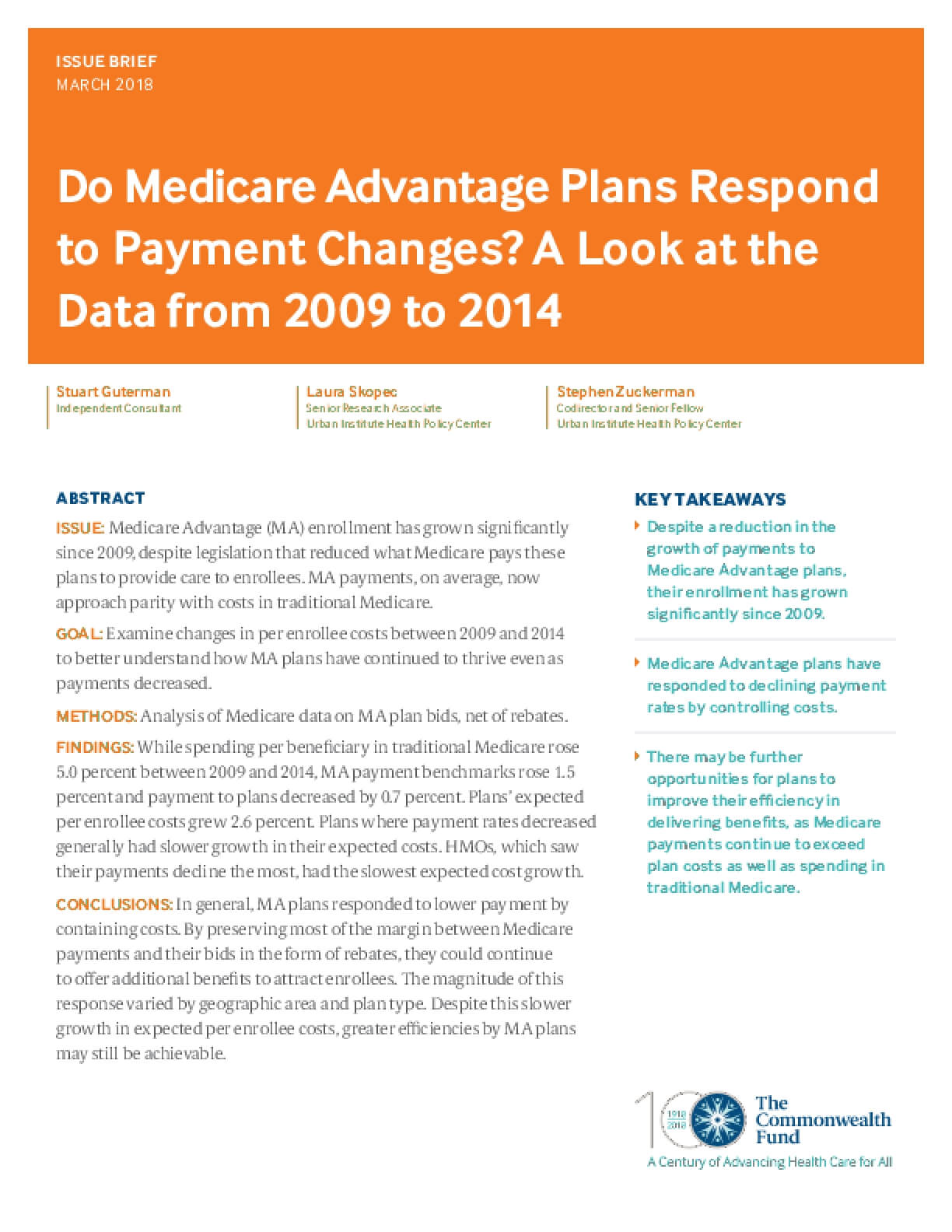