Do Not Send Us So We Can Become Refugees Again' From 'nationals of a hostile state' to deportees: South Sudanese in Israel

The focus of this report is the collective non-removal policy towards asylum seekers in Israel. This policy, the terms of which have never been clearly defined by the Israeli authorities, applies to most of the 55,000 African asylum seekers in the country. In examining the case of the South Sudanese, most who were deported after the Israeli government ended its policy of collective non-removal toward them; this report also considers the general failure to protect the rights of refugees and asylum seekers within Israel's asylum system. By comparing systems of temporary protection in other countries with that of collective non-removal in Israel, the report shows that Israel's policy falls below standards of temporary and humanitarian protection applied in other countries and constitutes a breach of customary refugee and human rights. The report places the state's decision to end application of the non-removal policy toward the South Sudanese in the context of the current political and social atmosphere in Israel. In the run up to the elections in January 2013, Prime Minister Binyamin Netanyahu announced that with the construction of a security fence along the border with Sinai successfully blocking the entry of "hundreds of thousands of migrants", his party is "now moving on to the second stage, that of repatriating the infiltrators who are already here." Netanyahu added by saying: "just as the blocking was possible, so too the repatriation is possible and we will achieve this goal." Although these announcements have no legal grounding and the great majority of asylum seekers in Israel cannot be deported to their home countries due to different reasons described in this report, they have a great influence on the asylum seekers communities in Israel. The proposed policies demonstrate that the non-removal policy and the decision to cease applying it toward the South Sudanese responded not only to events in South Sudan but to political and state agendas in Israel which are inimical to asylum seekers and which continue to shape the lives of those who remain here. 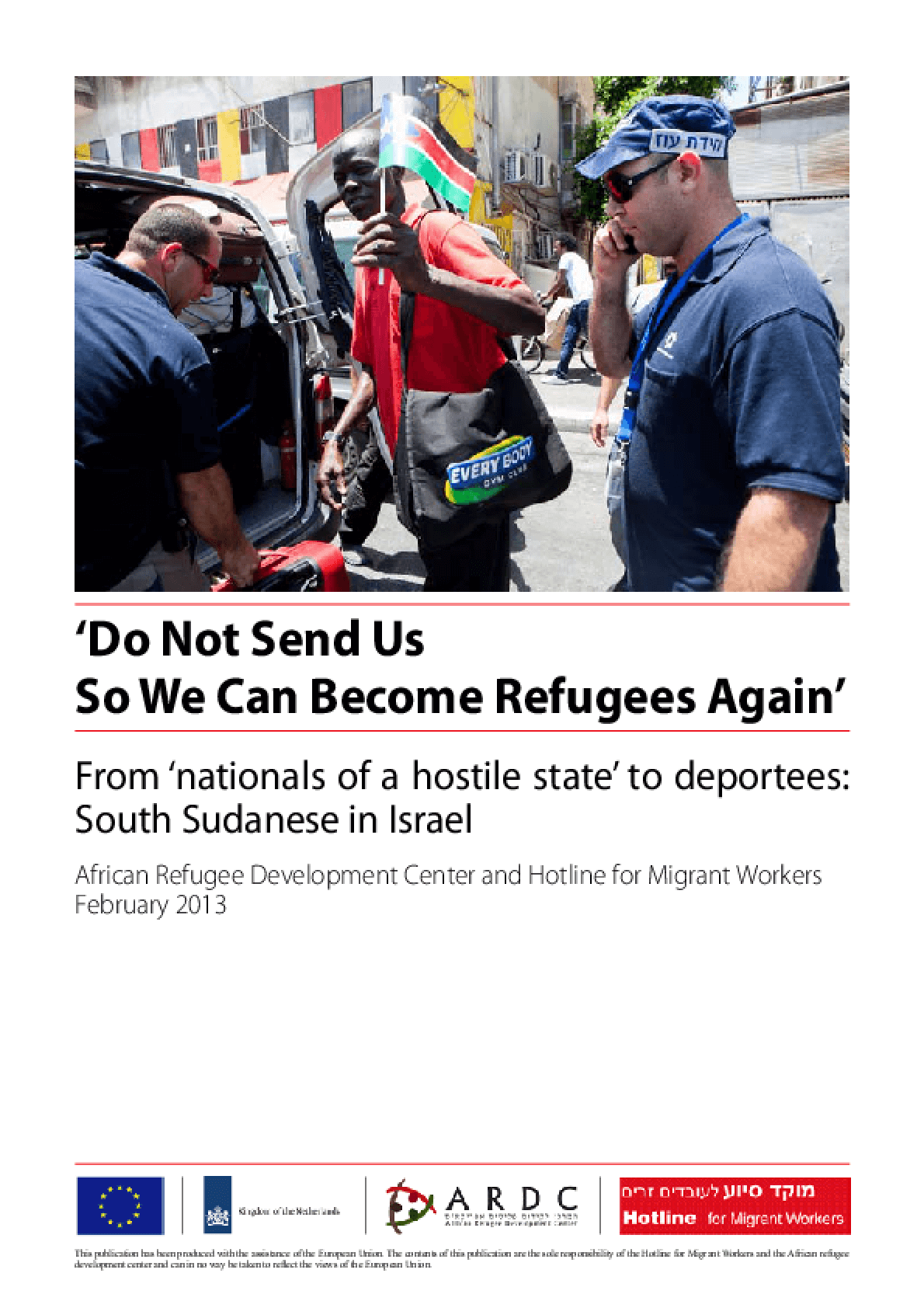