Do Tax Cuts Boost the Economy?

There are many economists who argue that temporary tax cuts, like those in the 2009 stimulus and the ones proposed by President Obama last week, have no impact on the economy. They argue that people will save a temporary tax credit rather than spend it. Stanford Economics Professor John Taylor, who served as Under Secretary of the Treasury for International Affairs under President Bush, is one of the economists making this argument. He purports to show that there was no statistically significant increase in private consumption of goods and services as a result of certain types of government transfers made over the last decade. According to his analysis, it is unclear whether an additional dollar of government transfers led to any additional spending, or, alternatively, whether it raised personal savings by more than one dollar. This paper shows that there is very little indication that -- based on Taylor's work -- personal transfers from the government fail to stimulate private spending. 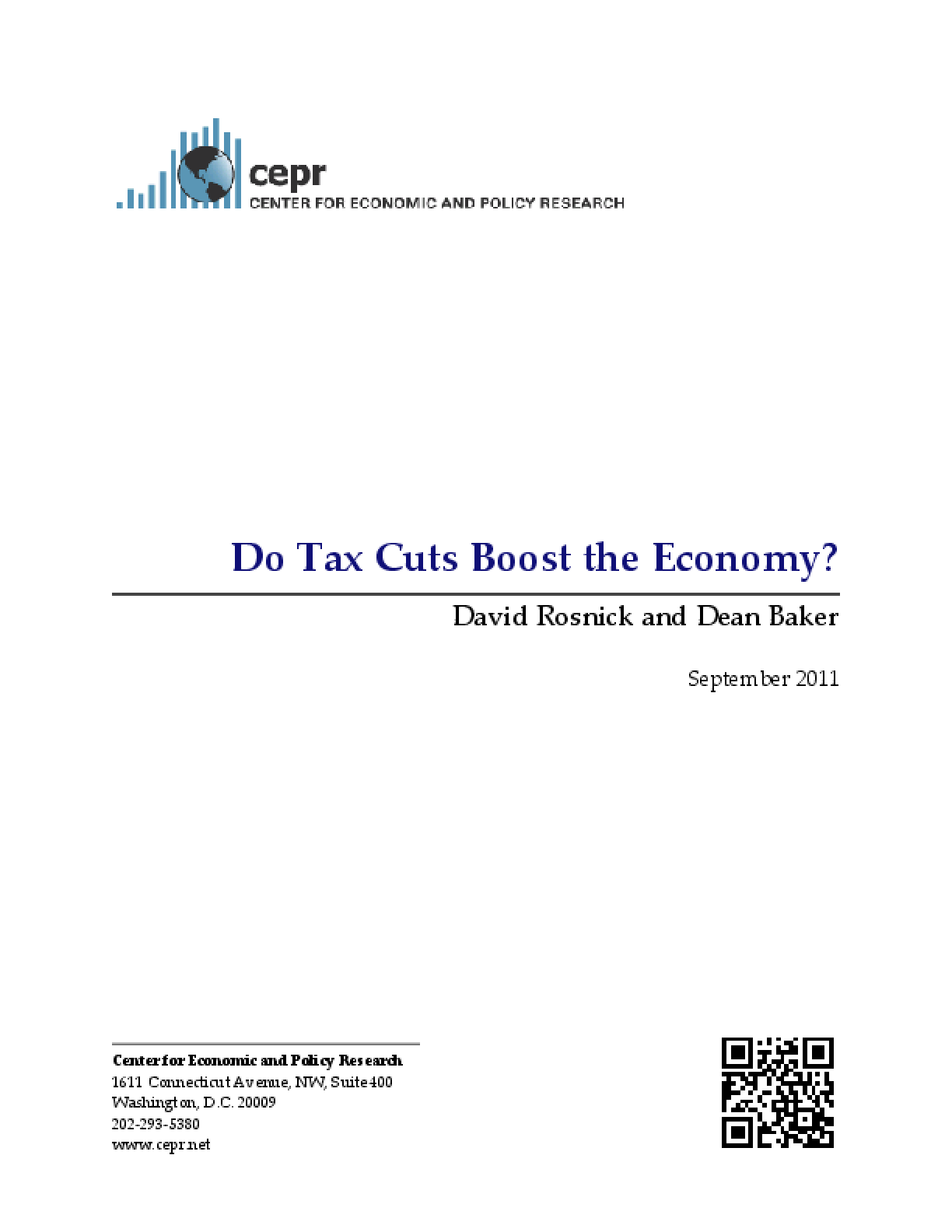