Do You Know the Way to L.A.? San Jose Shows How to Turn an Urban Area into Los Angeles in Three Stressful Decades

California cities have the least affordable housing and the most congested traffic in the nation. California's housing crisis results directly from several little-known state institutions, including local agency formation commissions (LAFCos), which regulate annexations and the formation of new cities and service districts; the California Environmental Quality Act, which imposes high costs on new developments; and a 1971 state planning law that effectively entitles any resident in the state to a say in how property owners in the state use their land. Cities such as San Jose have manipulated these institutions and laws with the goal of maximizing their tax revenues. Meanwhile, California's transportation planning has allowed transit agencies, such as San Jose's Valley Transportation Authority and Los Angeles' Metropolitan Transportation Authority, to hijack tax revenues that were originally dedicated to highways so they can build rail empires that will do little or nothing to relieve congestion. New highway construction in the 1990s cut San Jose congestion in half, but congestion is again worsening as funds once spent on highways are now diverted to expensive and little-used rail transit projects. California should change its planning laws to forbid cities and counties from conspiring to drive up housing prices in order to maximize tax revenues. California and its urban areas should also fund transportation out of user fees instead of taxes, thus making transportation more responsive to the needs of users instead of politically powerful special interest groups. Other states should avoid passing laws that create similar conditions. These recommendations and eight others in this report will greatly improve the livability of San Jose and other California urban areas. 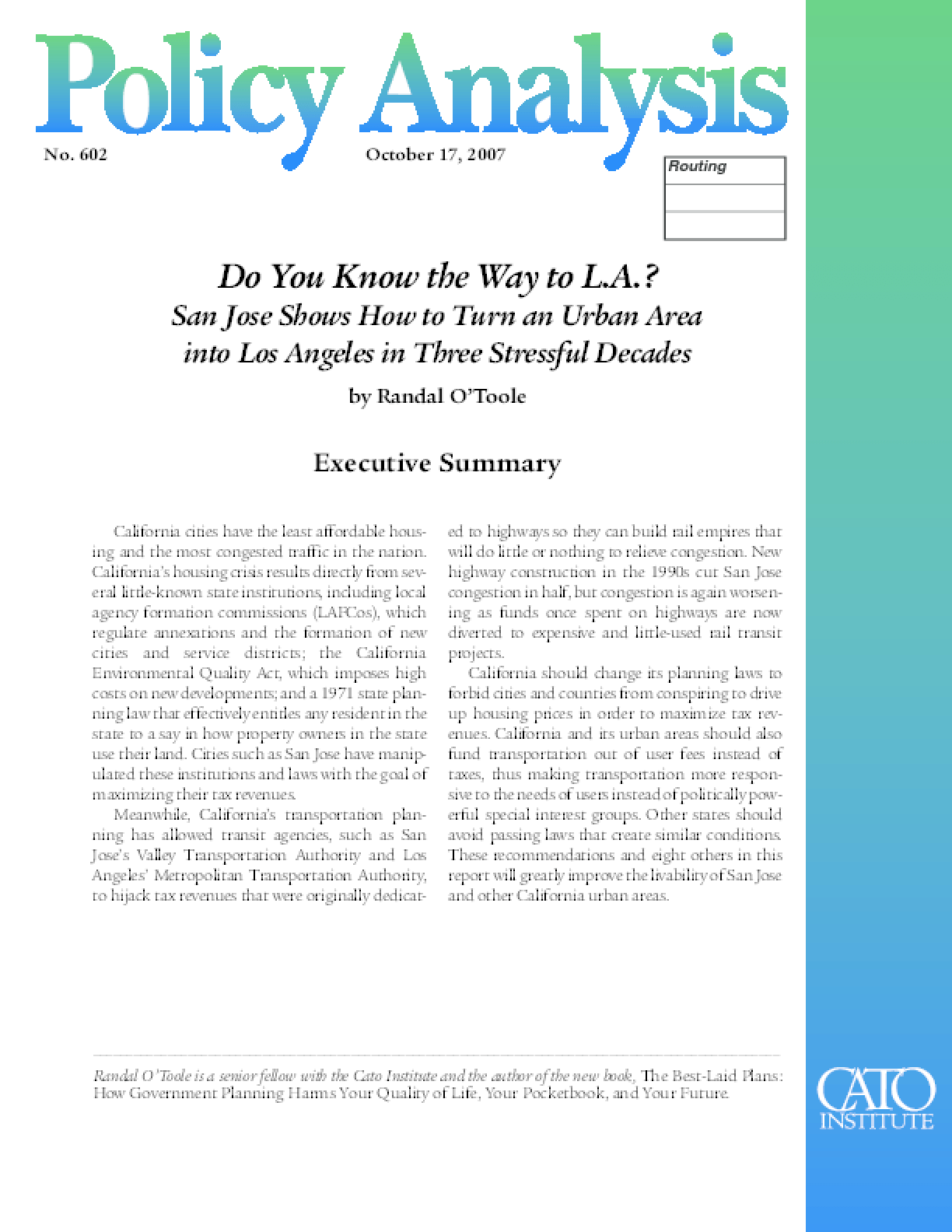