Democratic presidential nominee Sen. Barack Obama (IL) has proposed an ambitious plan to restructure America's health care sector. Rather than engage in a detailed critique of Obama's health care plan, many critics prefer to label it "socialized medicine." Is that a fair description of the Obama plan and similar plans? Over the past year, prominent media outlets and respectable think tanks have investigated that question and come to a unanimous answer: no. Those investigations leave much to be desired. Indeed, they are little more than attempts to convince the public that policies generally considered socialist really aren't. A reasonable definition of socialized medicine is possible. Socialized medicine exists to the extent that government controls medical resources and socializes the costs. Notice that under this definition, it is irrelevant whether we describe medical resources (e.g., hospitals, employees) as "public" or "private." What matters-what determines real as opposed to nominal ownership-is who controls the resources. By that definition, America's health sector is already more than half socialized, and Obama's health care plan would socialize medicine even further. Reasonable people can disagree over whether Obama's health plan would be good or bad. But to suggest that it is not a step toward socialized medicine is absurd. 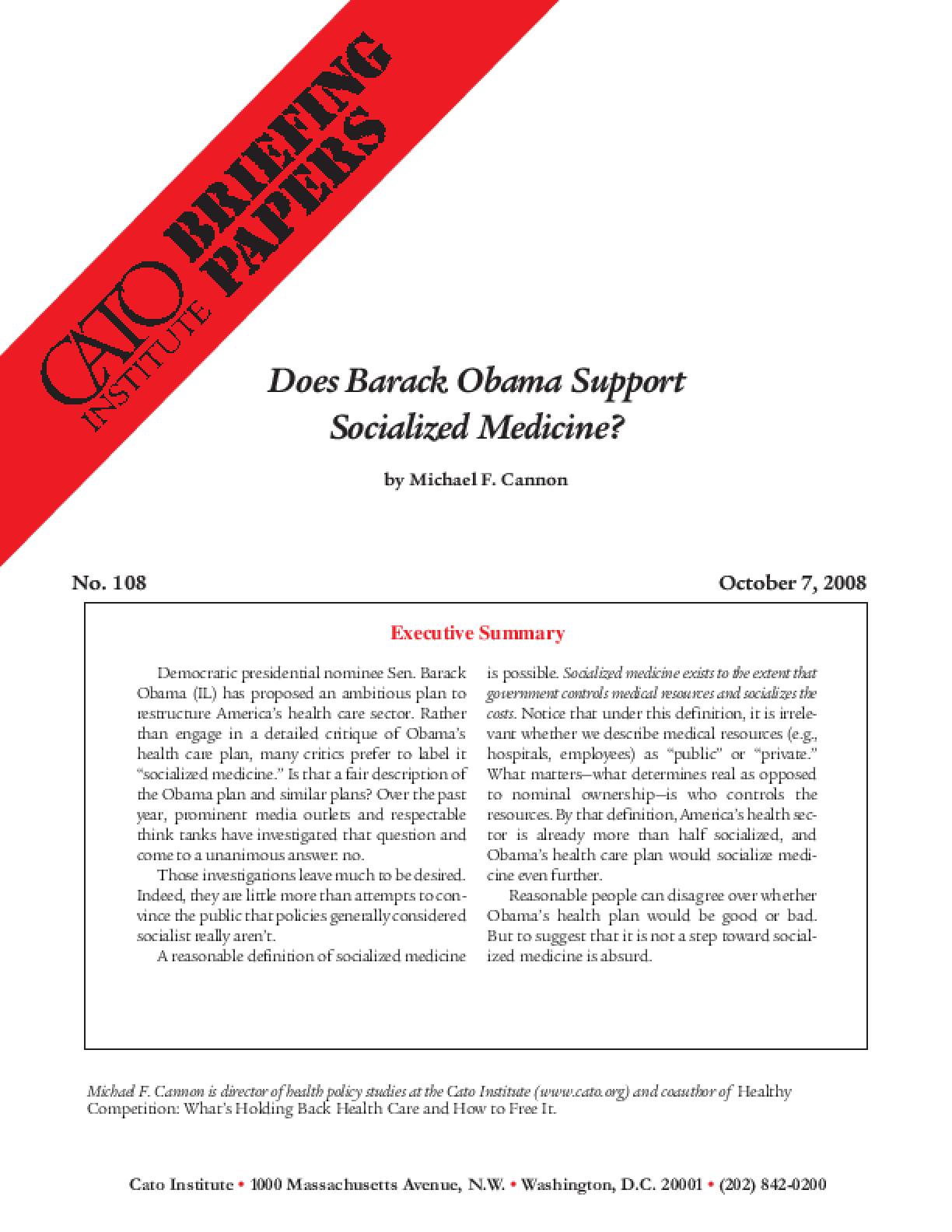