The question of how many legal immigrants should be admitted to the United States -- and what level of skills these immigrants should have --is among the most divisive issues in the current U.S. domestic policy landscape. Much of the controversy that it sparks can be traced to a single question: Do immigrants help or harm the economy?

This paper reviews scholarly literature and examines government data on immigration's contribution to economic growth and finds that both high- and low-skill immigration, on net, boosts economic growth. The paper concludes with a series of pro-growth, long-term policy reforms that Congress would do well to include in immigration reform legislation.  (This is not to imply an endorsement of the granting of legal status to nonlegal immigrants by executive action, as pledged by the White House at the time of the release of this report.) 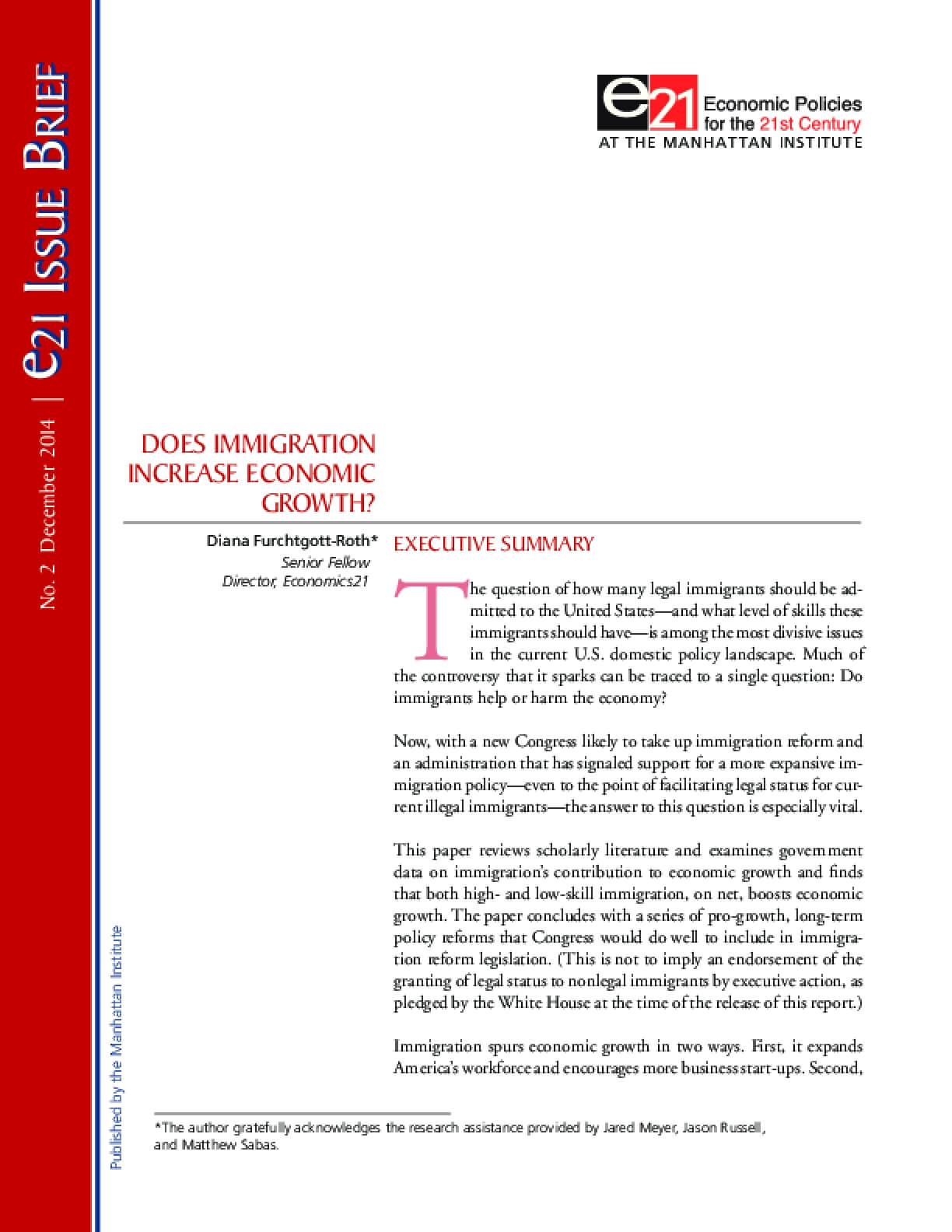