Does Labor Supply Respond to a Flat Tax? Evidence from the Russian Tax Reform

We exploit the exogenous change in marginal tax rates created by the Russian flat tax reform of 2001 to identify the effect of taxes on labor supply of males and females. We apply the weighted difference-in-difference regression approach and instrumental variables to the labor supply function estimated on individual panel data. The mean regression results indicate that the tax reform led to a statistically significant increase in male hours of work but had no effect on that of females. However, we find a positive response to tax changes at both tails of the female hour distribution. We also find that the reform increased the probability of finding a job among both males and females. Despite significant variation in individual responses, the aggregate labor supply elasticities are trivial and suggest that reform-induced changes in labor supply were an unlikely explanation for the amplified personal income tax revenues that followed the reform. 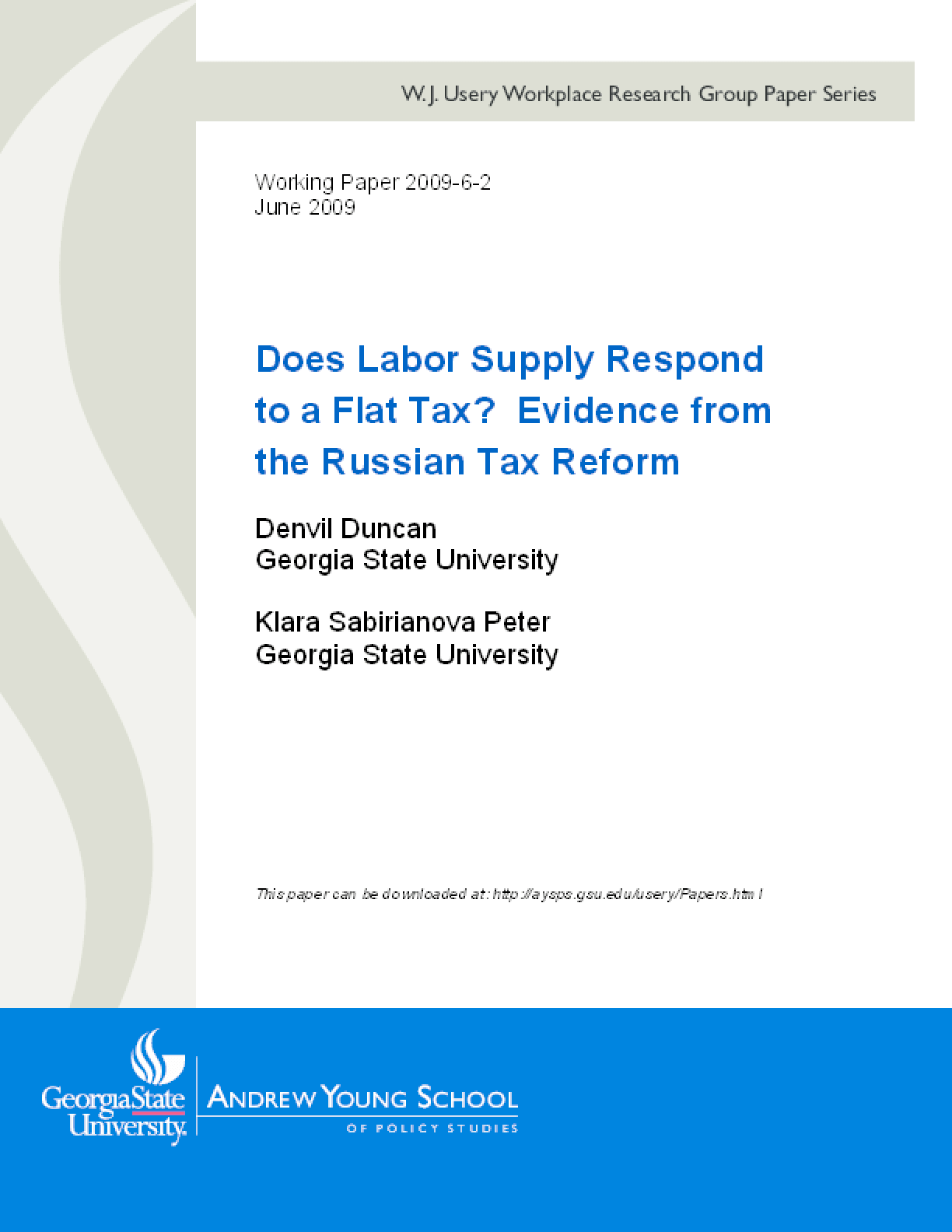