The popular contention that income inequality is turning our democracy into an oligarchy that serves only the rich is buttressed by several well-cited, but fundamentally flawed, academic studies. In fact, claims that rising income inequality threatens our democracy are unfounded. There is no evidence that the rich have greater political influence during times of greater economic inequality. By making poorly founded assumptions about the opinions of the top 1 percent, magnifying the narrow political divide that does exist between the classes, and exaggerating the influence of the affluent, certain political scientists have painted an unduly grim portrait of American democracy. While it is undeniably true that some have more access to power than others, income alone is a poor predictor of proximity to power. And while it is neither possible nor desirable to level the political playing field perfectly, it is possible to lower the stakes of the game by reducing the federal government's power to pick winners and losers in the marketplace. 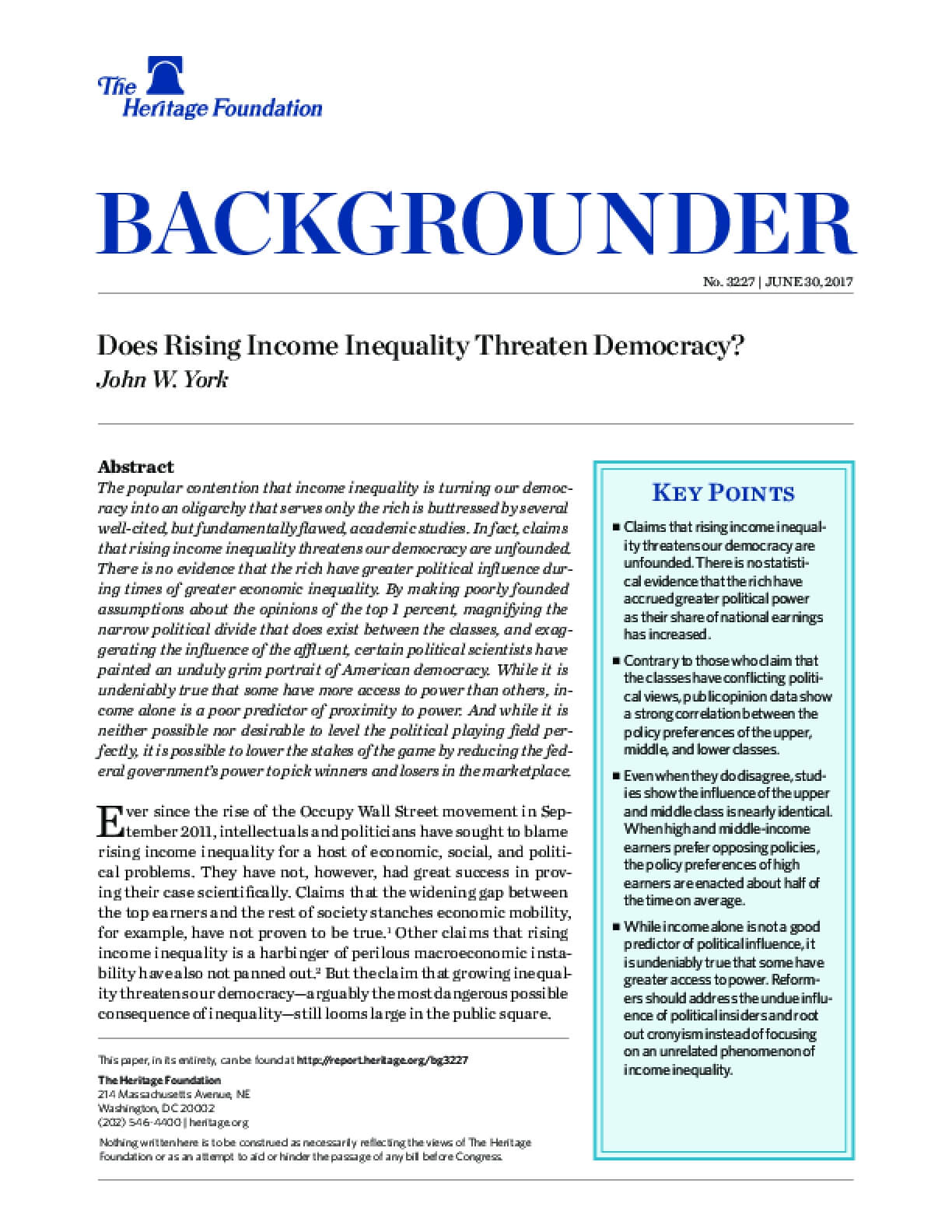