In recent months, Illinois' unemployment rates outpaced national averages while new Census Bureau data revealed growing numbers of poor people nationwide -- a trend triggered by last year's weak economy. Suspecting that the economy continued to wreak havoc on low-income Chicagoans, the Chicago Jobs Council surveyed its members to measure the impact of recession-driven funding cuts on employment and training programs for disadvantaged job seekers. CJC conducted the survey from Sept. 4 to Oct. 11, 2002 when it received feedback from 24 of its 107 current members -- local employment and training organizations. The following highlights the survey results. 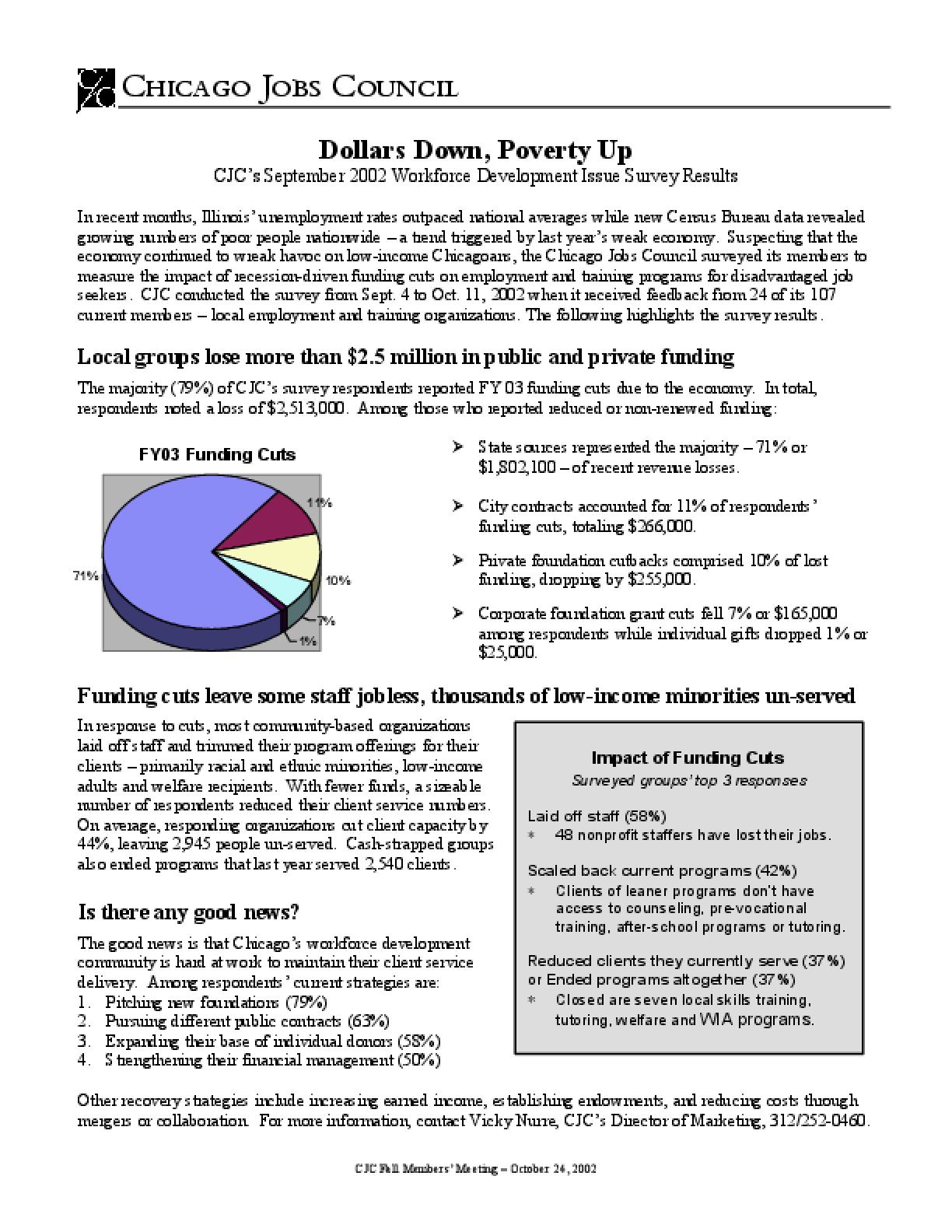